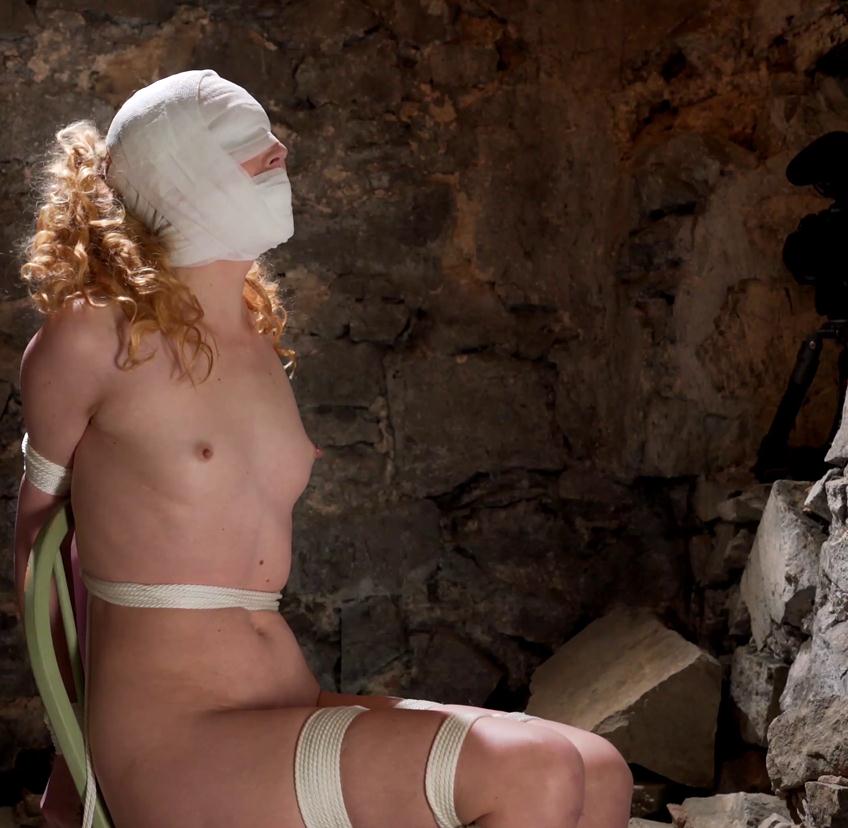 Ariel Anderssen is possibly the most thoroughly unpleasant, arrogant, conceited woman we’ve ever seen. She berates and belittles her husband, lording her status as a self proclaimed “Alpha Female” over him, mocking his wardrobe, demeanor and lowly status until he has had more than his fill. That means only one thing: It’s time to teach this uppity tart her real place in the scheme of things. Where is that place, you may ask? How about a small, stone chamber deep in the bowels of a secret hideaway her husband has! Bound fully nude to a chair, she screams and curses as she struggles, demanding freedom from her husband. He’s had more than enough of her endless bitching, but a nice ball gag strapped deeply into her mouth solves that problem nicely!

Left alone for the night, she thrashes about in her bondage, unable to free herself from the chair. The cold damp air of the dungeon space leaves her body dimpled with gooseflesh. She shows no sign of tiring, and her struggles continue well on into the next morning when her husband returns. Her attitude hasn’t improved one little bit, so he stuffs her yapping mouth with an old sock, then wraps her entire head in medical bandage until only her nose and ponytail are left exposed! Now, blinded, silenced and secured, she listens in horror as he explains that he’ll be back soon: to wall her in, sealing her up permanently in the space! Now thoroughly terrified, her struggles reach a new level as she fights against the ropes, screaming into her packed mouth, but it’s no use! Her fate is sealed, just like her prison soon will be! 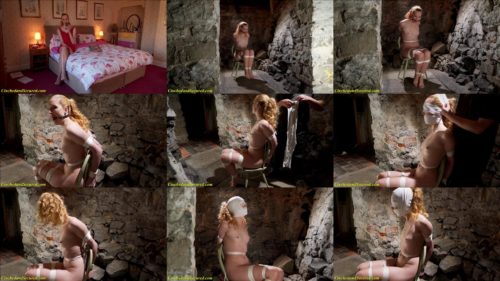