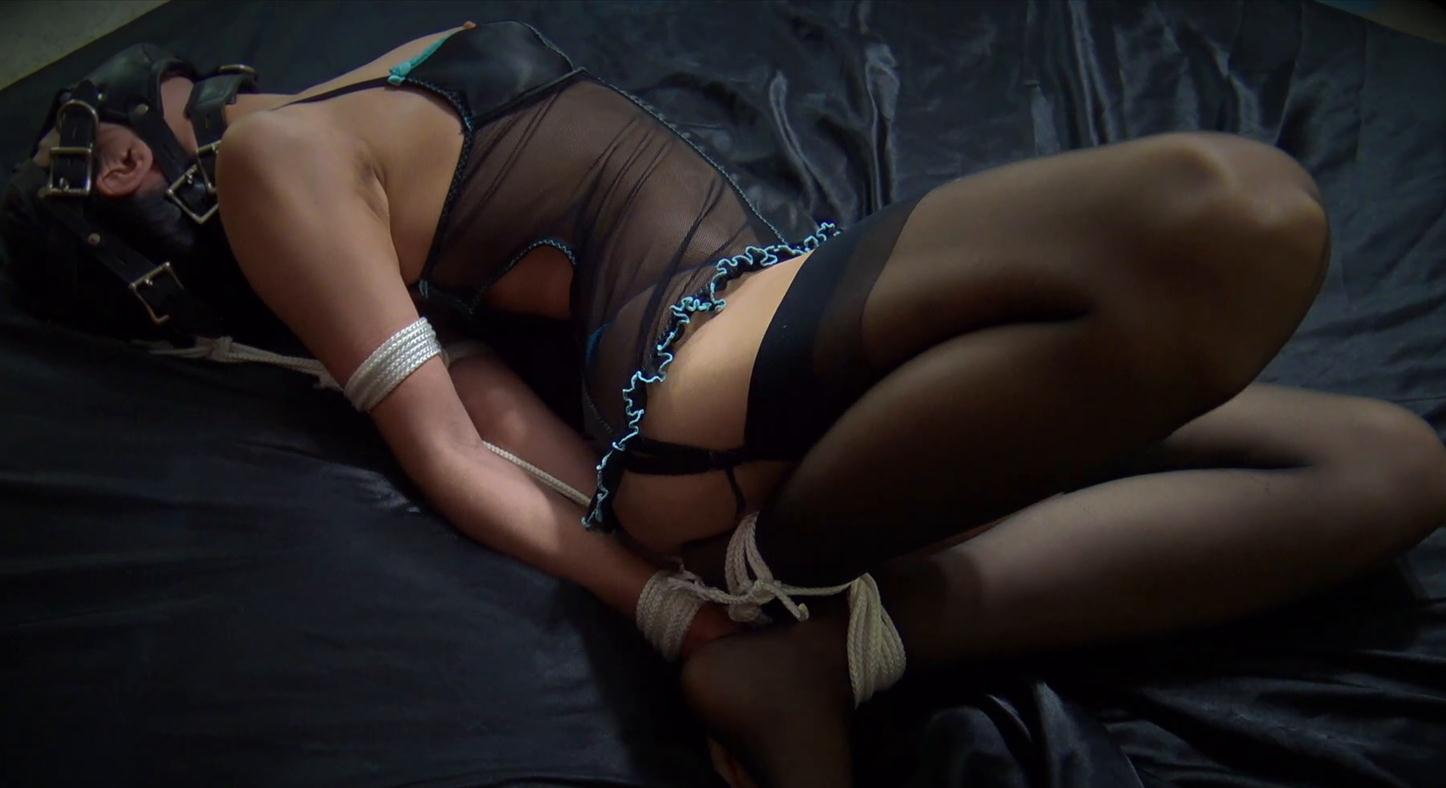 Alex Comes to and her arms have been tightly tied behind her with rope at the wrists and elbows.. Also, he had found her leather muzzle gag and had strapped it onto her face, but not before stuffing her mouth full of what she can only guess by the taste are her dirty panties. She tries intently to kick at him and fight him off, but he easily grabs her left, rolls her over, and binds her ankles together crossed up behind her. Another few seconds and they are tied to the top of her head harness, not only hogtying her but pulling her head back so she can’t see anything he is doing to her body. She can feel his hands groping her and rubbing her silky stockinged legs. 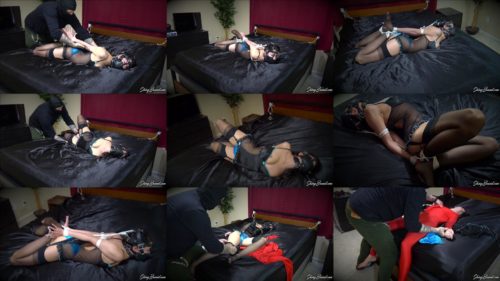