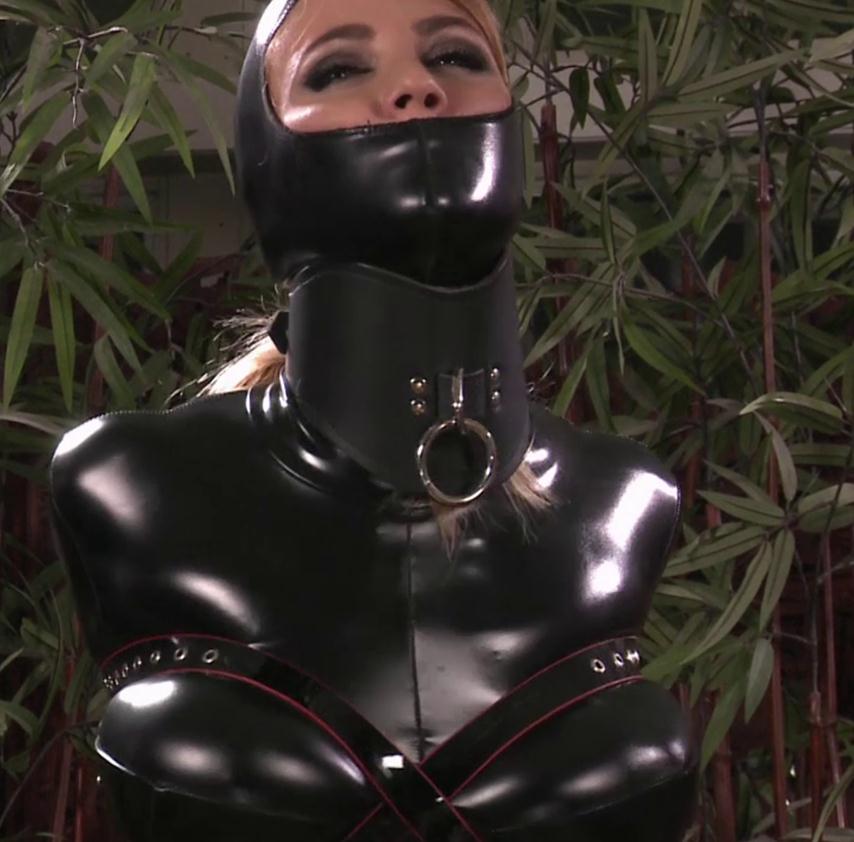 Since Angela has been coming to work with us, she has always been up for just about anything, as long as it looks cool. That pretty much sums up this set. I wanted to put her in an outfit that screamed “DSO”… or “Deviant Sexual Object” – a term coined by my old partner Cory Thompson. Other folks might see this as a sort of heavy bondage thing, or maybe even a sexual robot sort of thing. All could be true, but one thing is for certain. Putting Angela is a crazy tight catsuit, adding an even tighter corset, collar and then hood pushed her into an area she hadn’t been before. Being unable to hear well, or breath very well, and then being tied up, really does make everything very difficult indeed 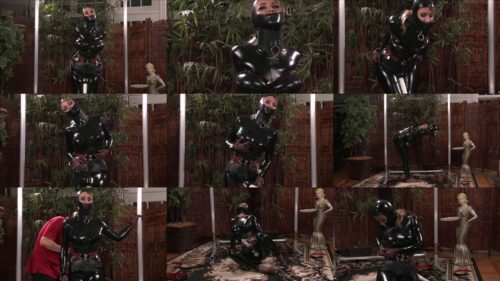