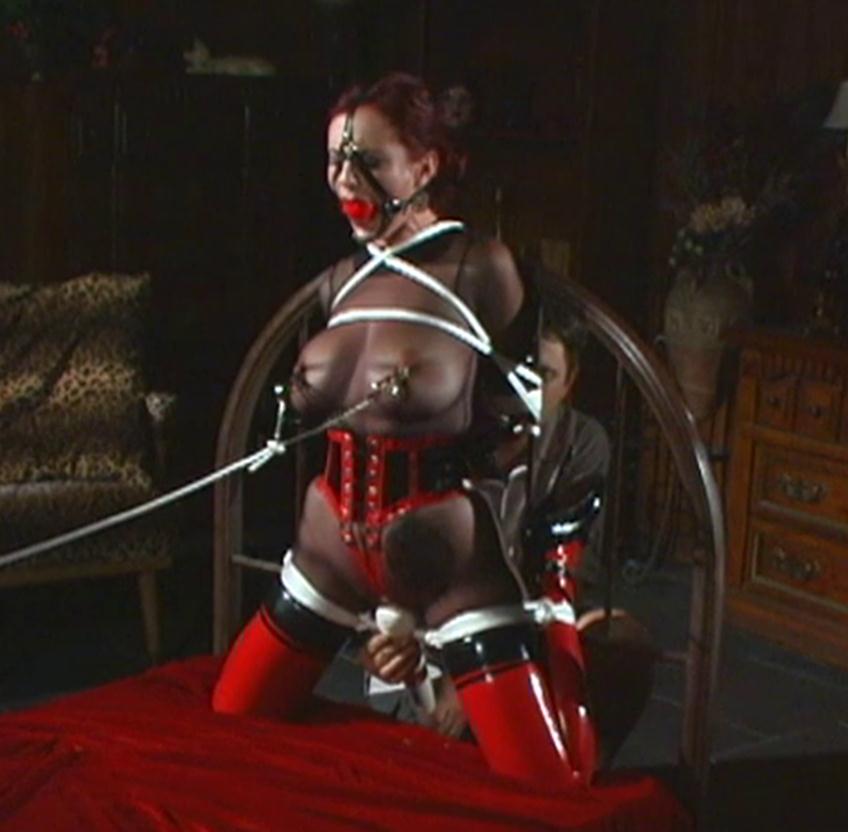 Here we have the very lovely (and rather kinky) Mz. Berlin getting ready for a nice bout of bondage mayhem. There are certain girls in this world that just love this sort of thing… Berlin, I’m happy to admit is one of them. Who are you to resist such a tempting offer? All you really have to do to figure out just how kinky this girl actually may be, is to ask who came up with this position?

She did. Yes, I came up with the tie and well, the extras that you will soon see… that was my idea – but she was the one that got up on her knee points and said – this would be cool… She was right. The extras in Mz. Berlin’s case come in the form of rather tight clover nipple clamps that I so nicely tied to the other end of the bed… and an equally (as it turns out) vibrator, that I tied just barely between her legs… she can’t get away from it, but if she wants to come, she’s gonna have to grind… which she does 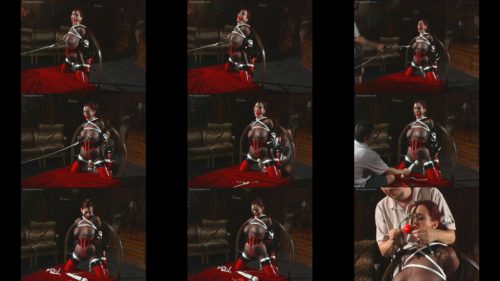