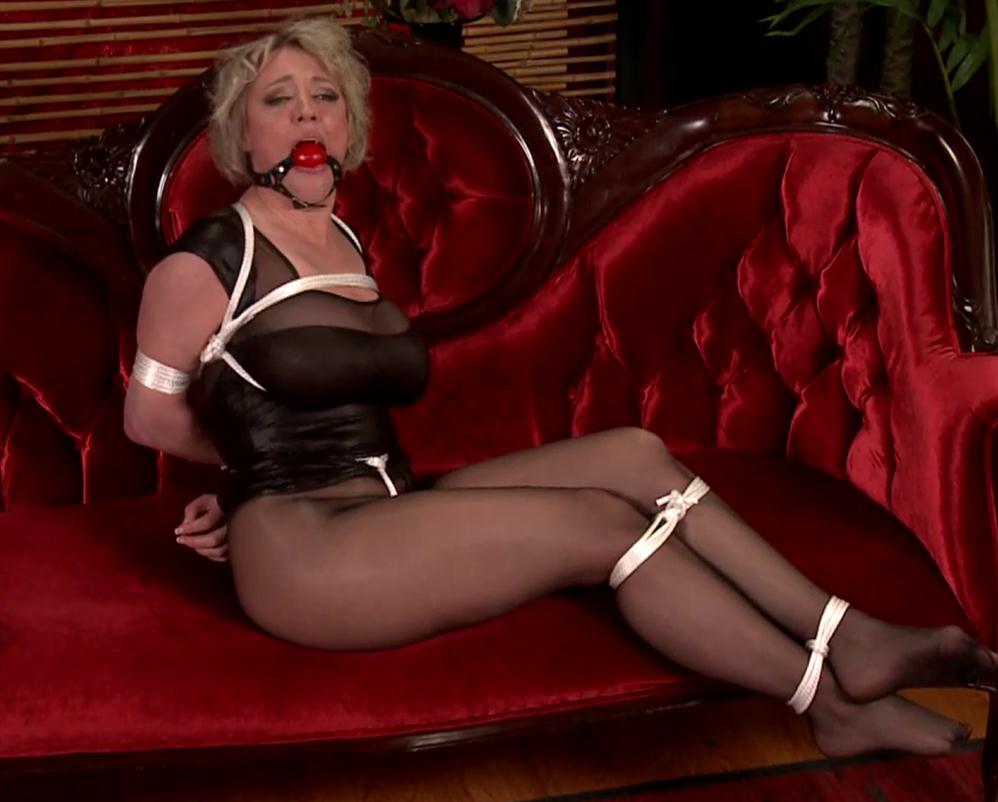 It is always a treat when Dee comes over for some bondage playtime. She just loves being tied up so much and she particularly has a thing for the way I tie her up. Generally tightly, and always helplessly. I wanted to do something with her that would allow her to be tied up awhile, and also struggle (and later come a lot).

So I did one of my favorite bar-wrapped bondages and then let her test things out. Suitably happy with the results, I ended up hogtying her, with her hogtie rope pulling up on her already tight crotchrope. That sealed the deal. As it turns out she was utter stuck at that point. If she was going to move from whatever position she was in, I was going to have to help her into it. 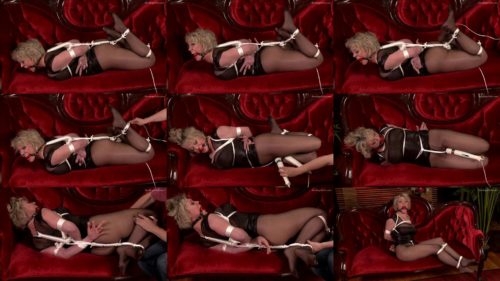