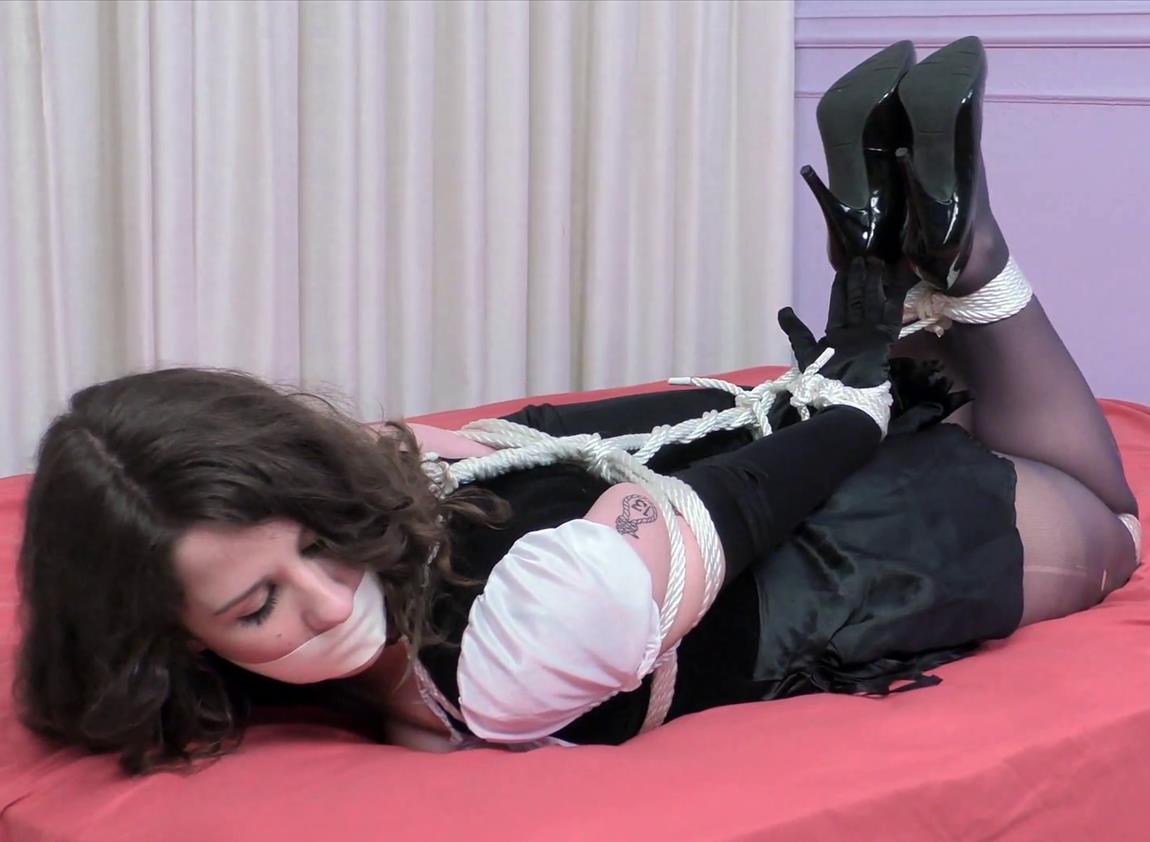 Somewhere in a mansion, a sexy maid is being held captive. Ivy begs her captor to free her, as her master won’t be returning anytime soon. But instead of letting her go the busty domestic is ballgagged and tied up in a classic position.

The curvy cutie struggles against the ropes and drools past her gag, but Ms. Green’s movements only excite the villain, and he hogties his sweet hostage and exposes her voluptuous breasts. Maid Ivy rolls around on the mattress, trying to get loose, but her efforts are all for naught!

Then the sexy servant is frogtied, and she twists in vain against the ropes. But is she now flirting with her captor? Is Ivy the victim of a crime or participating in a knotty role-playing game? 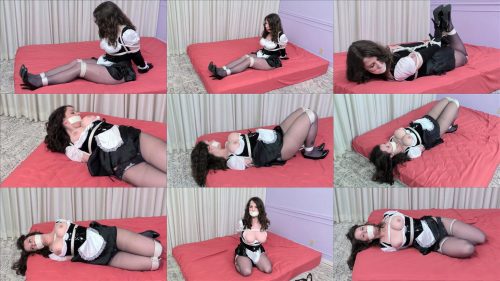