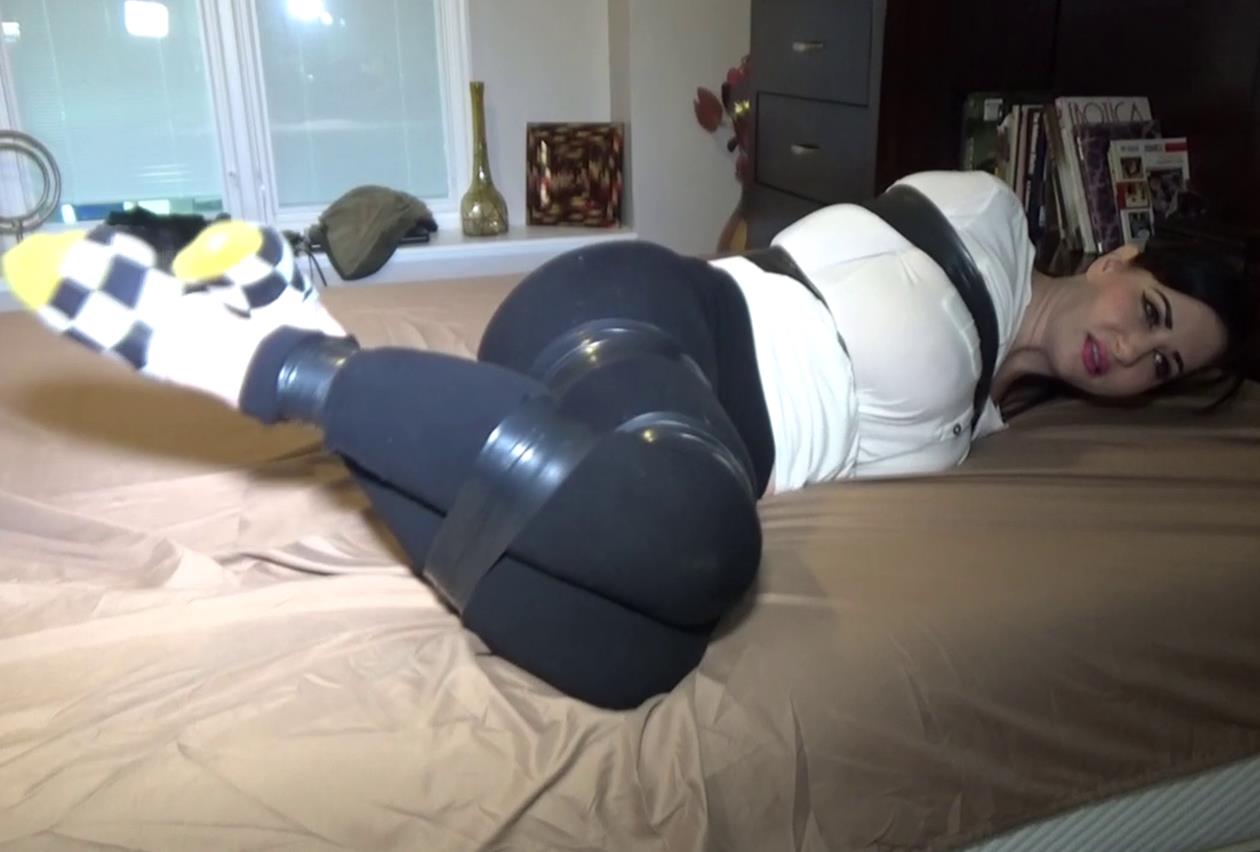 Step mother Nyxon and her stepson are traveling to visit their step-father out on business but the flight was cancelled and they are stuck in the hotel. Stepmom Nyxon wants to use this time together with her stepson to spend quality time together. Nyxon climbs onto the bed and takes off her shoes showing her socked feet.

He accepts and Nyxon is happy to make him happy. He tapes Nyxon’s arms behind her back and fuses her wrists together. Her torso, thighs, knees, shins and crossed ankles are bound with tape. Nyxon wiggles and struggles, gently lowering herself into the part of the naive damsel in distress. She moves her socked feet in a sensual way and in a sweet tone tells her stepson that if he doesn’t hurry to gag her she will start asking for help.

She encourages him to begin. He grabs a clean sock and stuffs it in her mouth before wrapping her face with the electrical tape. He surprises her with a blindfold to help prevent her from escaping. Now he has her all taped up in bondage and she wiggles gently making sweet and sensual moans … after a while the game is over and Nyxon takes off the gag and blindfold saying softly to her stepson that they will play again soon. 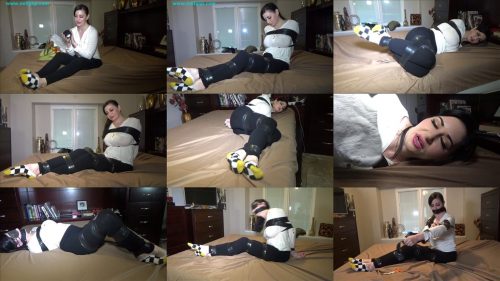