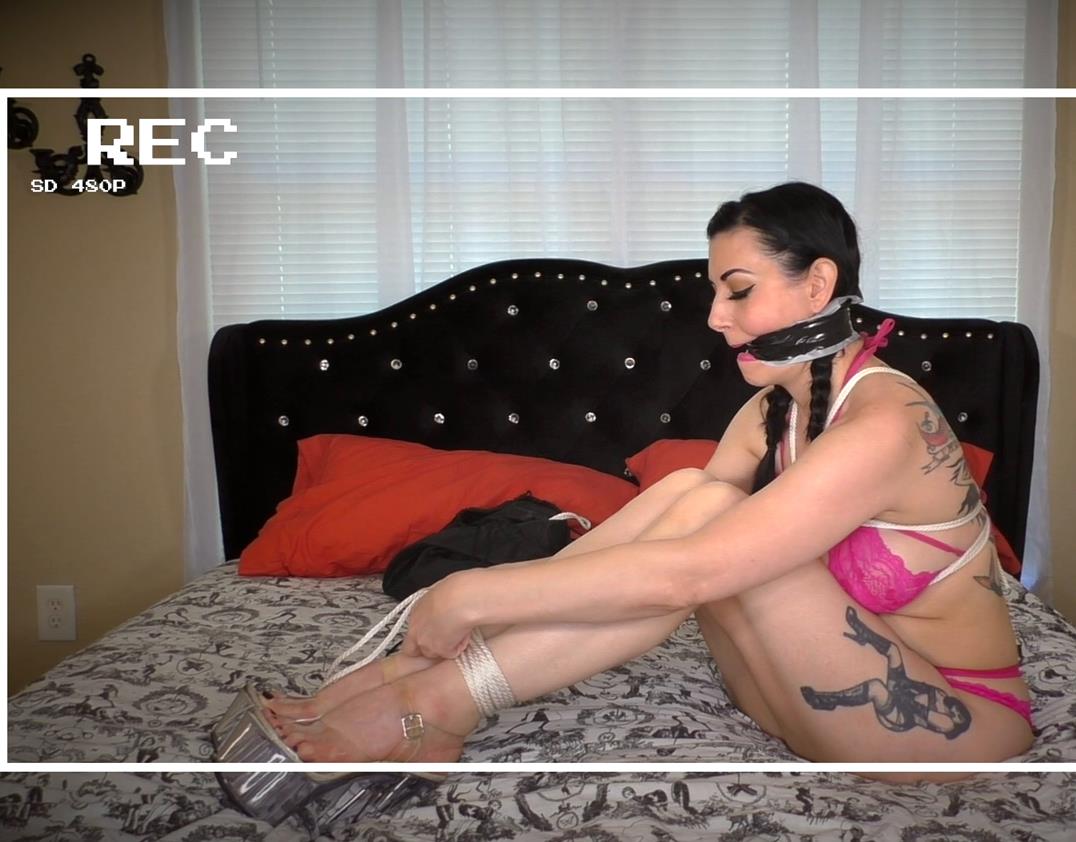 You know that it might be a bit challenging for her, but you’re confident that Nyxon is skilled enough to pull it off. Nyxon starts your video out with a little tease. She’s wearing a face mask, and when she peels it away, she reveals a pretty purple ballgag.

She smiles as she removes the gag, and then grabs a Jennings gag. She makes sure that it’s on the highest setting so that her mouth is forced all the way open, then places it between her teeth. She teases you with her tongue, and begins to drool a little bit. Nyxon tries on some more gags for you: A large ballgag with vet wrap layered on top, a black open mouth lip gag, and then finally a duct tape cleave gag with 2 inch black electrical tape layered on top. Now it’s time to start the self hogtie.

Nyxon grabs some rope ties a chest harness on herself. Then, she cinches her ankles and thighs together nice and tight. She loops a rope around her ankles, and then loops another piece around her wrists. Finally, she gets on her belly and finishes off her hogtie. As she moans and struggles on her bed, she thinks about you doing this to her in real life as soon as the quarantine is over. 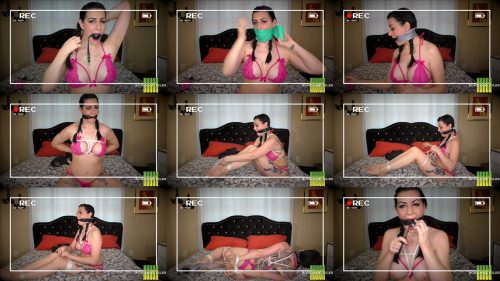