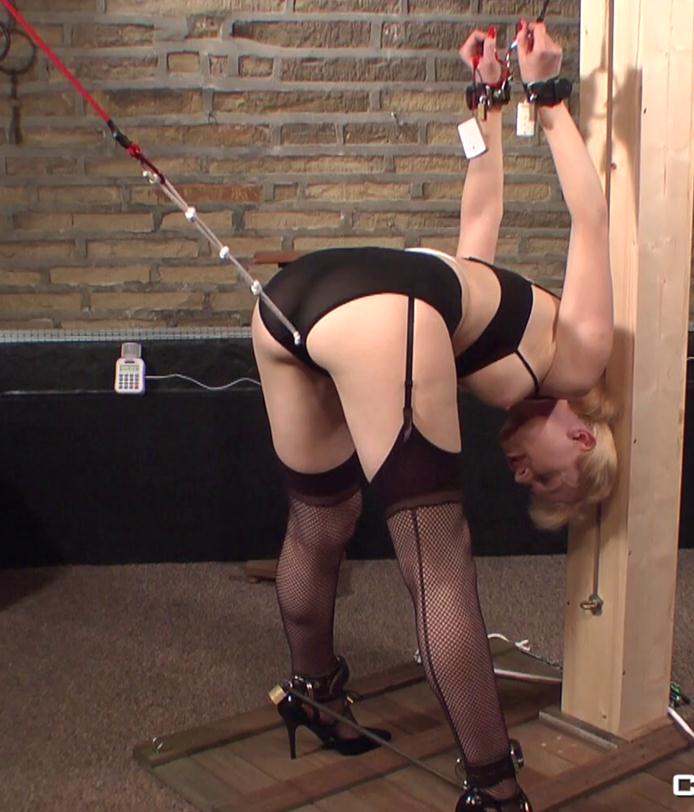 After setting a timer to allow her escape Anita De Bauch padlocks leather cuffs onto her wrists then checks her emergency alarm that will dial her mistress to alert that help is needed. Anita uses leather ankle straps to secure a spreader bar between her ankles then fastens a knotted crotch rope around herself and attaches its end onto an electric winch above and behind her. After padlocking her wrists to a rope that goes to a second winch Anita uses a remote control to operate the winches that pulls her arms up behind her so she is forced to bend over and then tightens the crotch rope onto her pussy over the thin material of her panties.

The mixture of pain from the position and the pleasure of the crotch rope pressed between her labia and the knots onto her clit is why Anita likes this particular form of self bondage. Every small movement of Anita position rubs the knot of the crotch rope against her clit which soon begins to make her pants moist to the touch and she wishes she was free to use her favoured powerful vibrator. When her shoulders and legs begin to ache and she needs to release herself Anita will have to wait until the timer set earlier allows the remote control to work and she can reverse the winches.

Eventually the timer beeps to signify Anita can use her remote control, but when she tries the winch jams and she is stuck! After struggling for a few minutes Anita is forced to use her emergency button to ask her mistress for help knowing her mistress will take advantage and punish Anita for disturbing her. When Anita mistress arrives she is carrying a black leather paddle and without a word of warning begins to spank Anitaв very vulnerable bottom, quickly covering it in marks from the paddle and making it change to a most nice warm color. 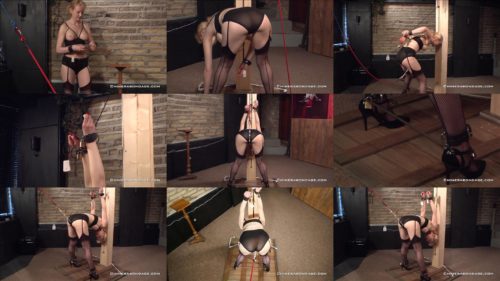