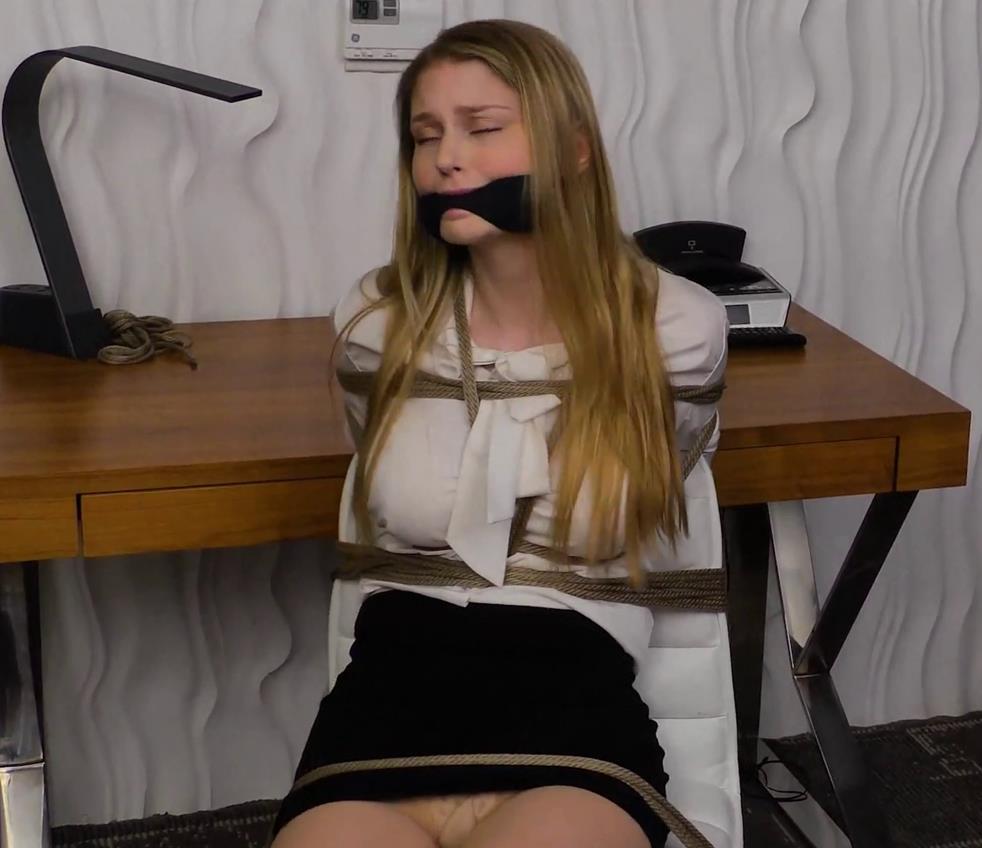 As the story continues, government operative Bunny Colby sneaks into the hotel room occupied by Nikole Nash’s mysterious captor. But no sooner does she enter the room when she’s suddenly overpowered by the dark villain. He looks through Bunny’s bag and finds her I.D. and pulls out her handcuffs.

As he locks the first cuff on her wrist, he notices the unusual ring she’s wearing and he pockets it. He finishes securing his prisoner and cleavegags Bunny. When Agent Colby opens her eyes, she’s still gagged and handcuffed, but now she’s also been securely bound to a chair.

The villain informs her that he knows she’s a government agent, but he suspects there’s more to her story. He tells her he’s going to get rid of her phone so she can’t be tracked, and that he has some other business to deal with elsewhere in the hotel.

Bunny struggles against her restraints, and as her captivity continues, her evil tormentor opens up her blouse to reveal her lacy bra, then later pulls the bra aside to reveal her ample breasts (as well as pulling her feet back to secure them under her chair). The plucky agent still tries to escape, but her efforts only knock the chair over, leaving her even more immobile when the bad guy come back to check on her. 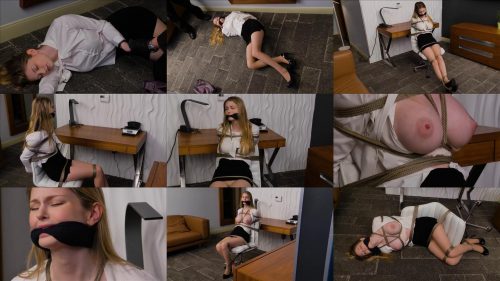