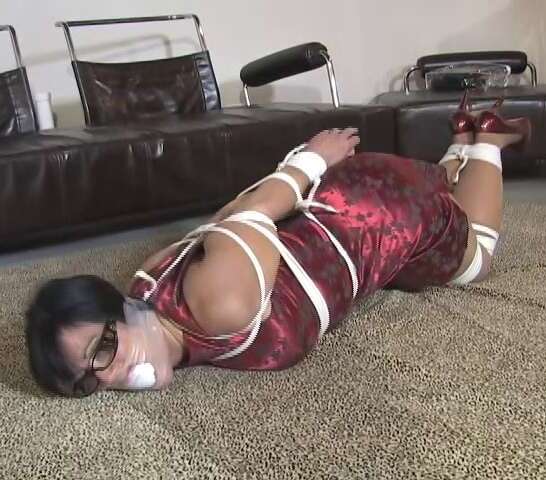 Ever since she moved in next door, he had a huge crush on Mrs Dimarco(Played by Gigi). Sure she was his step-mother’s age, but she sure was sexy. He made it a point to go over there everyday to do things for her. Sometimes she paid him. But money wasn’t what he wanted from her. So he came up with an idea. Today he did a really huge job for her and when she asked him how much she owed him, he set his plan in motion. He told that instead of money, he wanted her to play a game with him. When he explained that the game involved him tying her up, he was shocked when she agreed to play. A short time later, he had Mrs Dimarco all tied up with rope. At first she thought it was all in fun and she played along as his damsel in captive. But then she caught him looking up her skirt and she realized this game was not so fun after all. She demanded to be untied and even threatened to tell his step-mother if he didn’t release her immediately. But he wasn’t done and instead of untying her, Mrs Dimarco found herself tied tight with more rope. Now she was furious and her protess were getting too loud. When she saw him appear again with a pair of her panties, she demanded to know what he planned to do with them. She soon found out as the next thing Gigi knew, she had a pair of panties packed and taped in her mouth to gag her. Gigi squealed though the gag as she struggled to get herself loose. But there was nothing she could do as she was totally helpless and was to stay his bound and gagged hostage for the rest of the day. 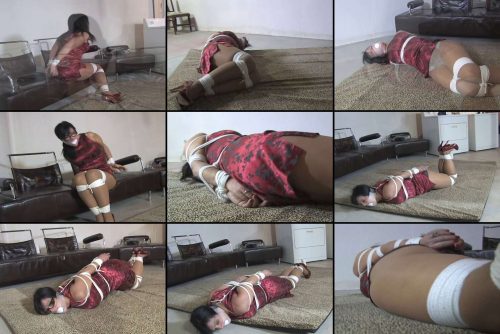