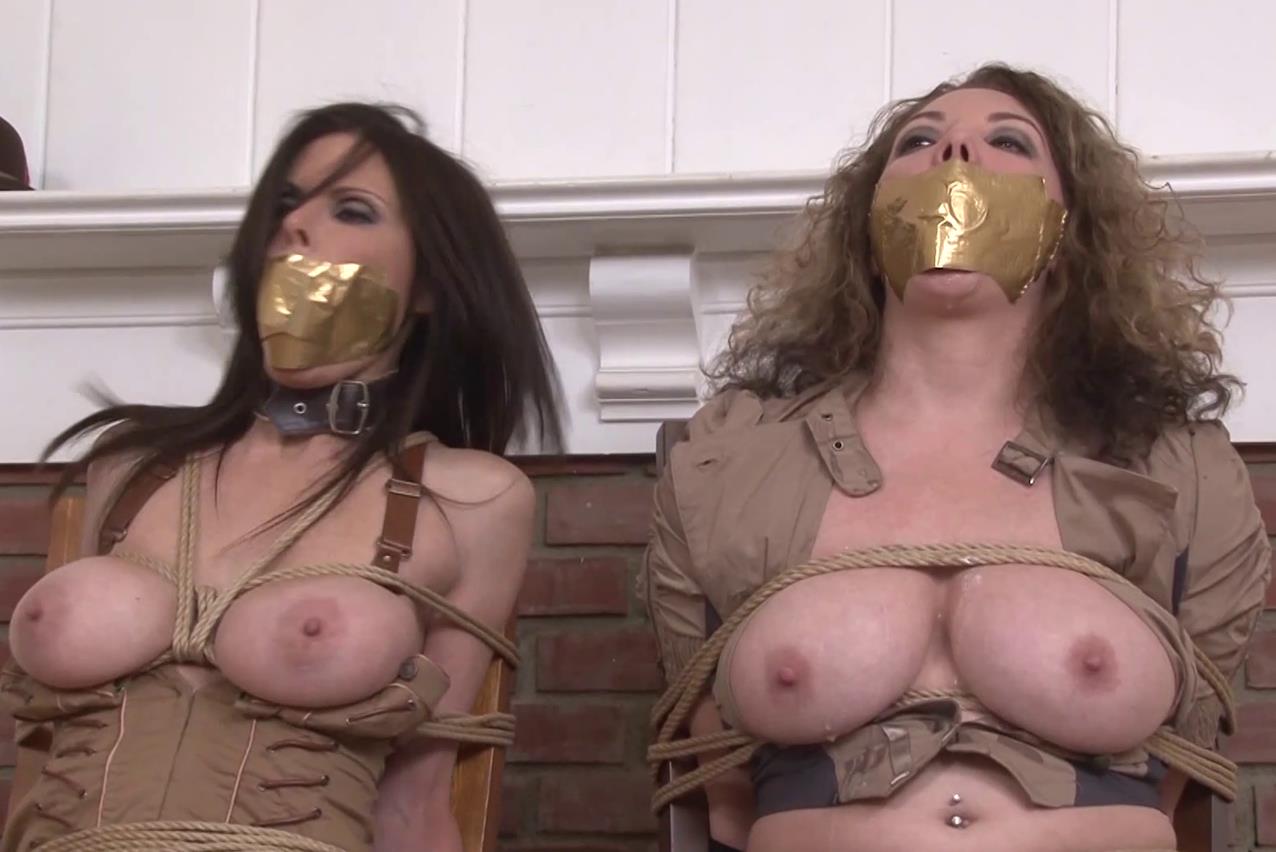 The star-studded feature is now bargain priced! As the story begins, international lady of mystery Ashley Renee has agreed to an intimate rendezvous with Colonel Jackman with the intent of charming some valuable military secrets from him.

The dark-haired beauty gets the upper hand and uses Kiki’s own device on her, trying to pry the secrets from her busty captive. Kiki squirms and moans, but ultimately must surrender to a helpless orgasm. Yet the bedbound prisoner has a surprise for the unsuspecting Ashley! Adventuress Kiki D’Aire’s henchman unexpectedly turns on his buxom boss, and both she and her rival Ashley Renee are bound side-by-side. The turncoat uses an unusual type of ball to silence the busty captives, leaving them in big trouble! Will these rivals be able to escape from this diabolical trap, or are they doomed? 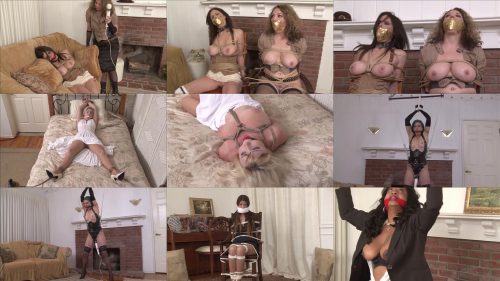