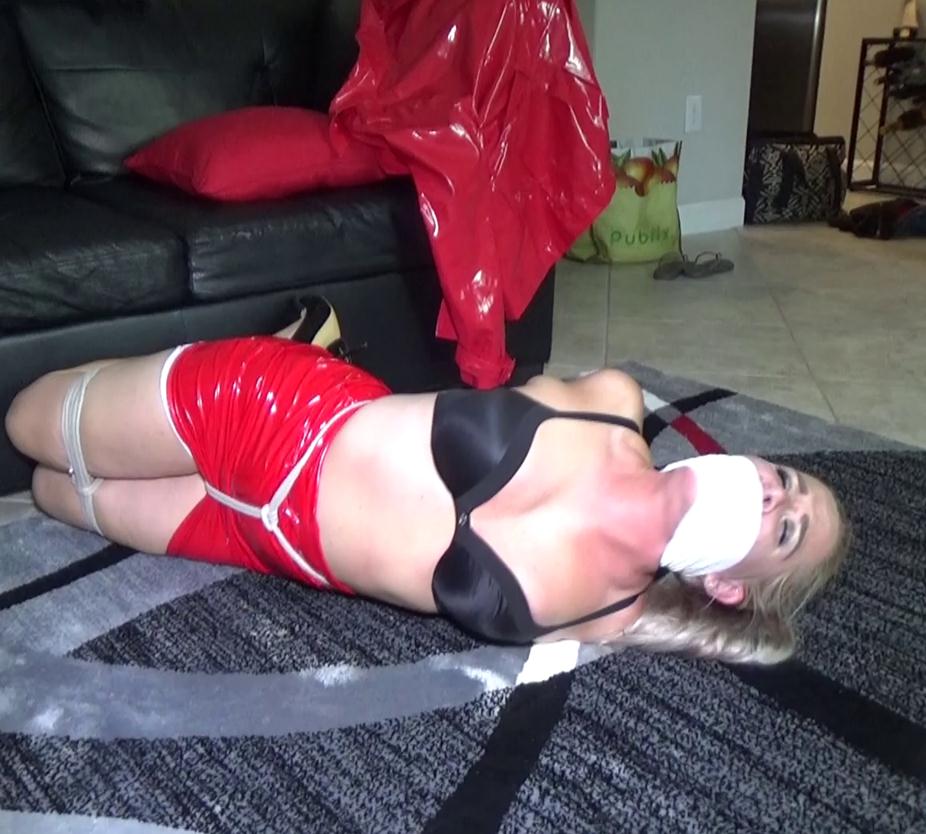 Sexy blonde spy Whitney Morgan has broken into a home looking for clues to missing girls. She tip-toes through the house in her stiletto high heels and shiny red coat peeking around corners. But her luck runs out when the owner steps out in the hall surprising Whitney as she looks down the barrel of his piece. Whitney instinctively raises her hands and desperately tries to think of a way out of this predicament. She removes her coat in compliance. She protests when she is told to remove her panties but to placate him she slides her hands up her tight red vinyl skirt and pulls her panties down her curvy legs. He then orders her back on the sofa where she takes a seat.

He tosses a bunch of rope and Whitney has no choice so she ties her ankles tightly together then wraps the ropes around her knees and cinches it tight. He then demands that she ball up her panties and stuff them into her mouth. Whitney looks at her panties in disgust, they are moist and warm with her own juices but she reluctantly pushes them deeply into her mouth stuffing it fully. He tosses her a roll of elastic bandage and is ordered to wrap it around her head to seal the panties inside her mouth. Once her mouth is tightly gagged he has her grab another piece of rope and crotch rope herself demanding she yank it up into her pussy. He orders her to get on the floor and place her hands behind her back… 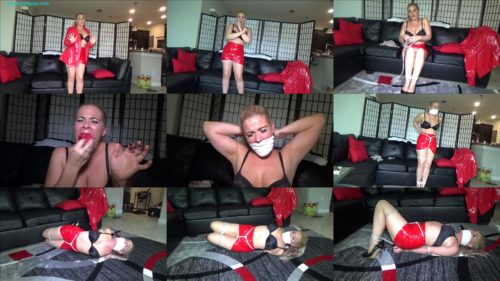