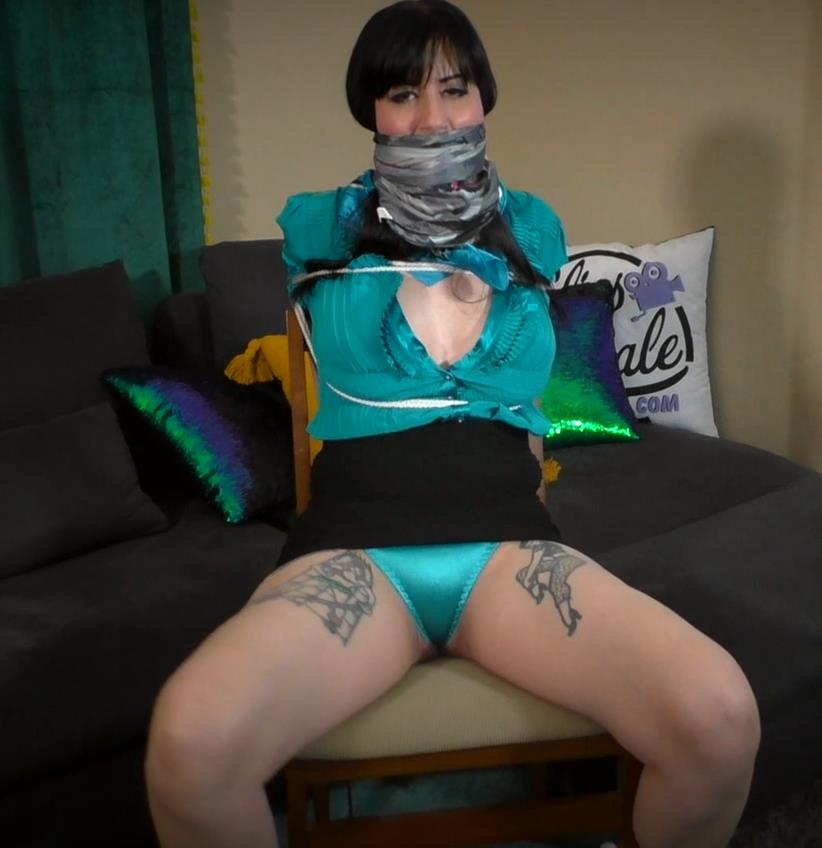 Nyxon likes to be tied up and gagged.She then puts on a turquoise satin blouse and a black skirt. Next, she takes a brightly patterned scarf and ties it around her neck.

Now Nyxon is tied to a chair with a green silky scarf in her mouth as a cleave gag. She struggles in the chair trying to get out while moaning through her cleave gag.

She struggles for a few more minutes, then the scene goes black. When we see Nyxon again, she’s still tied to the chair, but another scarf has been added to her gag. Not only does she still have the green cleave gag still in her mouth, but there’s an over the mouth gag as well. Nyxon continues to struggle in the chair. 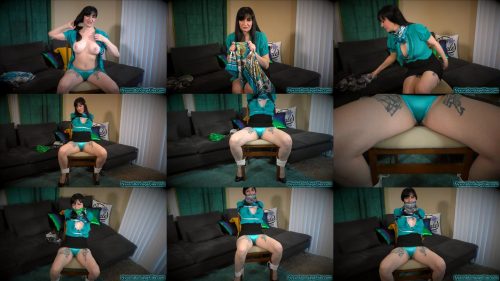