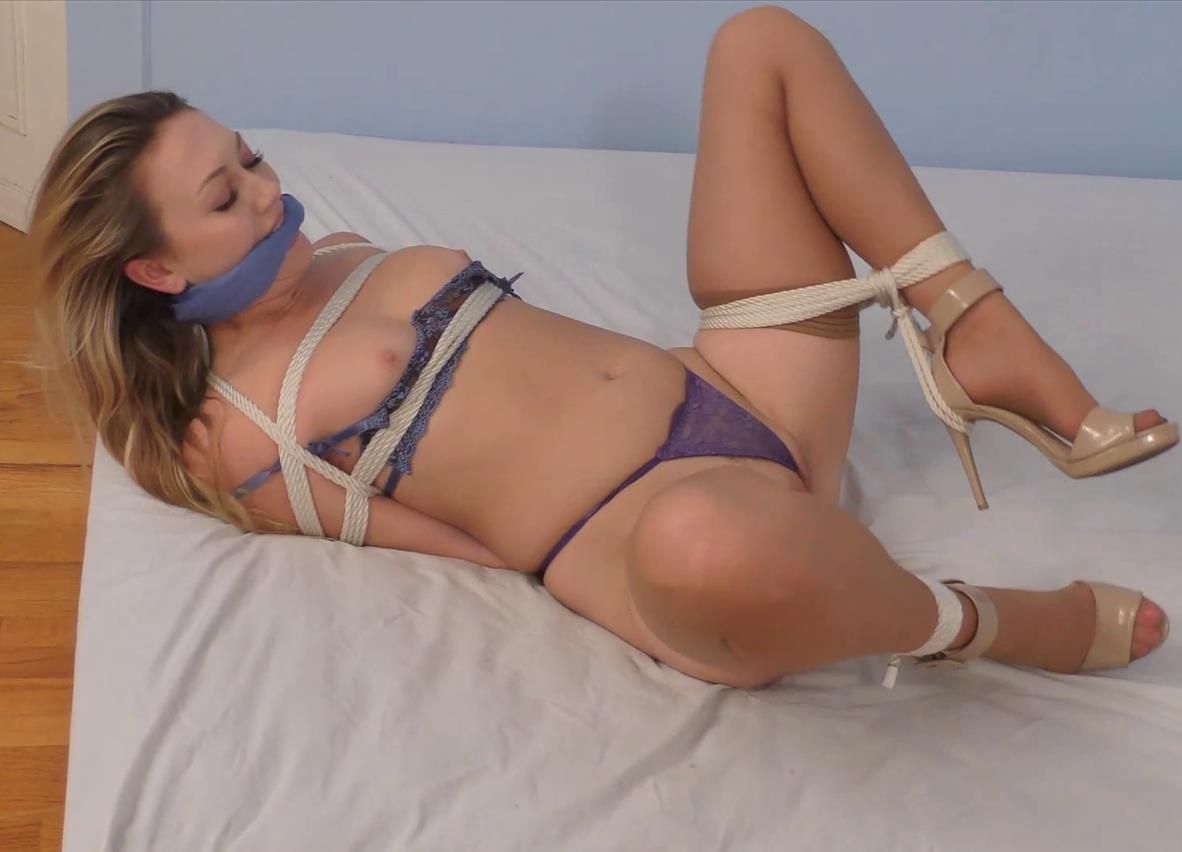 In the unsold TV pilot “Liv: Dangerously!” Special Agent Adira Allure was taken captive while searching for Liv Wild. Adira was placed in dire peril but freed herself and escaped in the nick of time. As this deleted scene begins, we find that Agent Allure was nabbed by the bad guys again.

The stunning blonde is cleavegagged and tied hand and foot, and her captors tell the luckless lady that she’s about to start a new life in another part of the world. Left alone, the feisty damsel energetically struggles against the ropes. But her frantic efforts and moaning does not go unnoticed by the villains, and they frogtie their luscious hostage.

They also take advantage of her helplessness and expose Adira’s perfect, all natural breasts. But she’s undaunted and continues her strenuous fight for freedom, causing the bad guys to strictly tie her elbows together in an attempt to put an end to her struggles. But Adira continues her futile bid for freedom even though it all seems hopeless. Only a miracle can save her now! 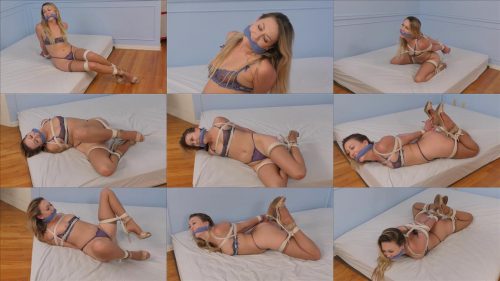