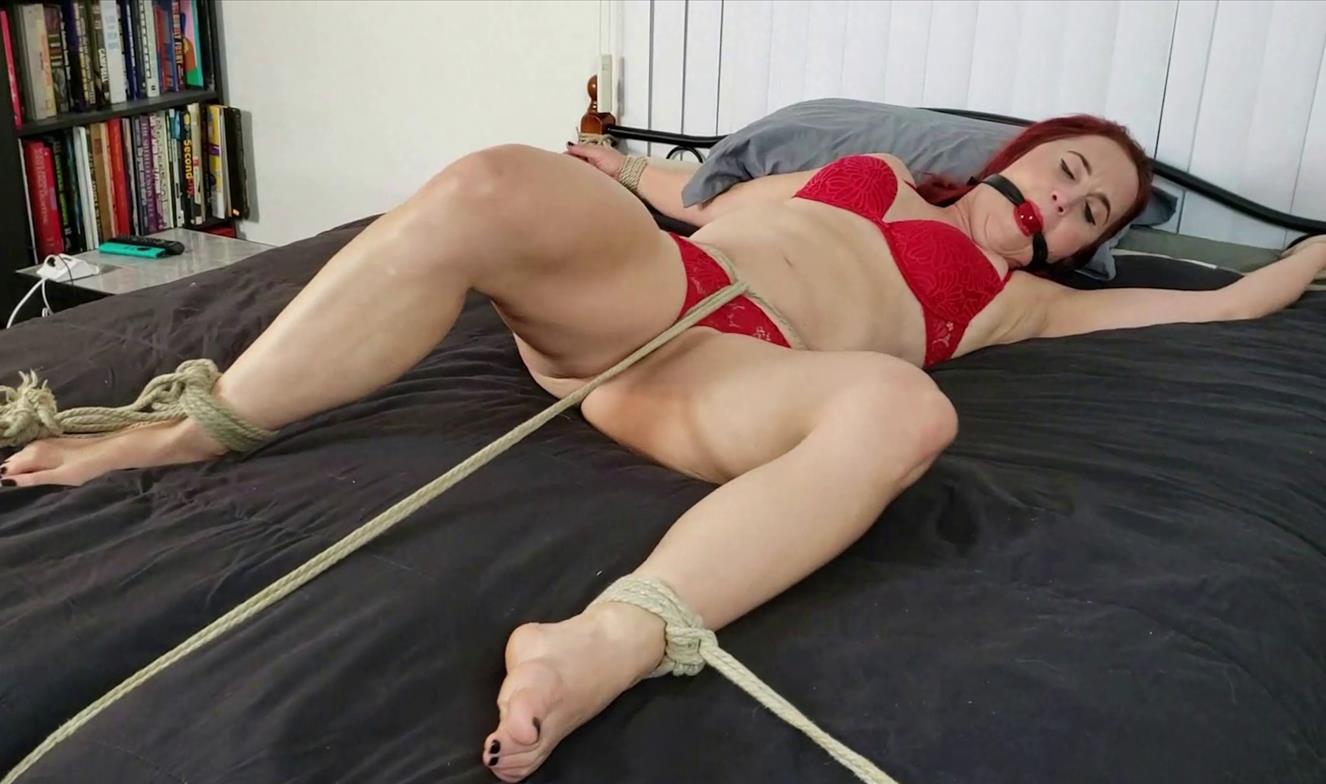 Davina is late with her rent again, but her landlord has a solution. Unfortunately for Davina, it involves being stripped to her bra and panties and tightly bound to the bed in a spread-eagled position with a crotch rope tied so tight she thinks she’s going to be split in half!

She’s absolutely furious at what he’s done to her, and she never quits struggling or trying to make her complaints understood through the fat red ball that fills her mouth. It’s no use, however, as she’s definitely not getting loose.

Her mind has three questions: How long will he leave her like this, when will he undo that horrid crotch rope, and what will he do to her after? 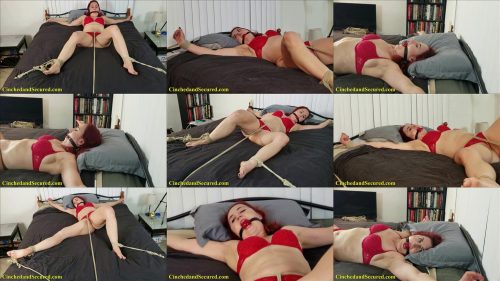