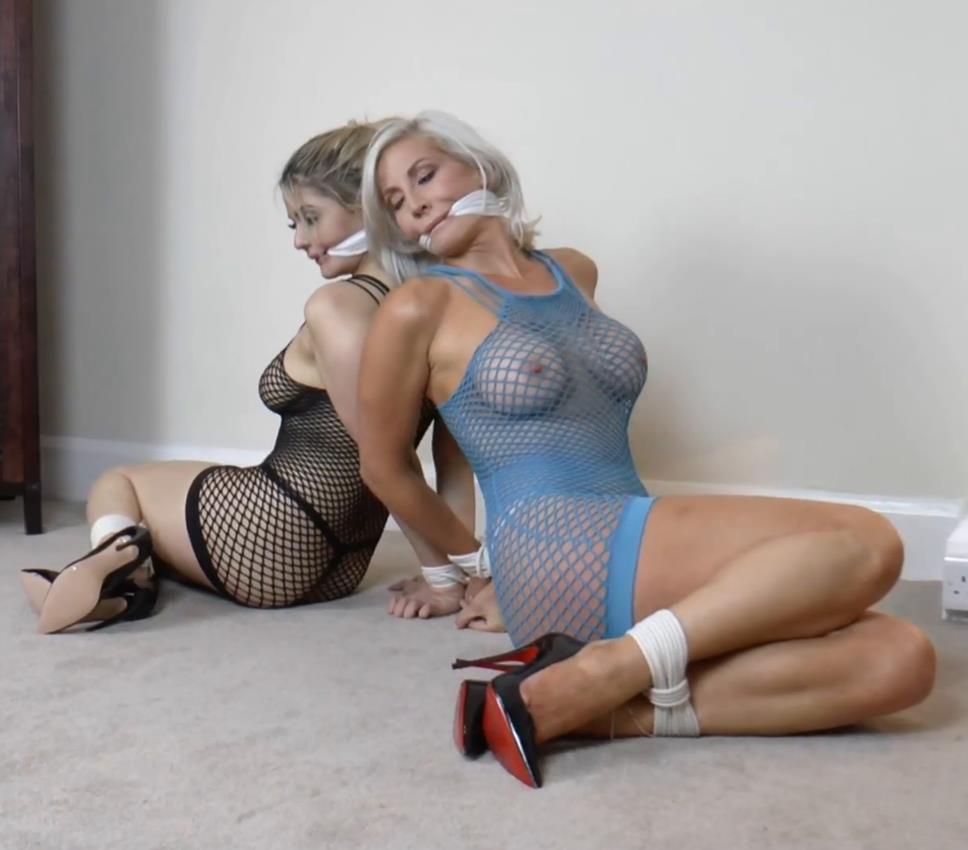 Imagine then, where the spotlight of doubt shall be cast, when several heavy 100 gallon drums containing a noxious luminous blue fluid are discovered out near BilgeWater. There must be some connection, but rather than call the cops, the newspaper editor whose lap this has landed in, wants his girls to go out there and see what they can scoop before involving the environmental authority, or da cops.

There are hot women in a bind up at the Old BilgeWater Place – a strange cottage of sorts nestled on the south sea coast. It’s been rumoured that some of the fish nearby have been found somewhat, shall we say, mutated, and this could be the result of some kind of a chemical spillage.

Now to involve a pair of hot busty young tarts! Their names are Jennifer and Lola! In body stockings (man, why do we treat you guys so well. You must be loving this) the fake reporters think they will do a far better job than their more orthodox counterparts.

They don’t, and soon they too have been stalked (their scoop two scoops in total) and thwarted the way of the babes struggling out there in that run down shack-thingy! Having both been roughly handgagged and, we must say, violently conveyed away, both babes squirm trussed hand and foot in back room.

This spritely pair have plenty to say it seems, that is until they are both gagged! Classic onscreen brutality from a villain who really knows what to do with a cheeky cleave. Along with covering up his dastardly environmental (yet strangely inexplicable come on, it’s late and we are writing this quickly) crimes… 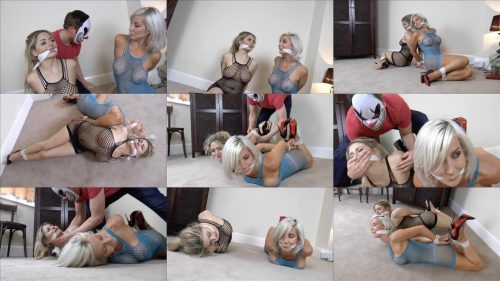