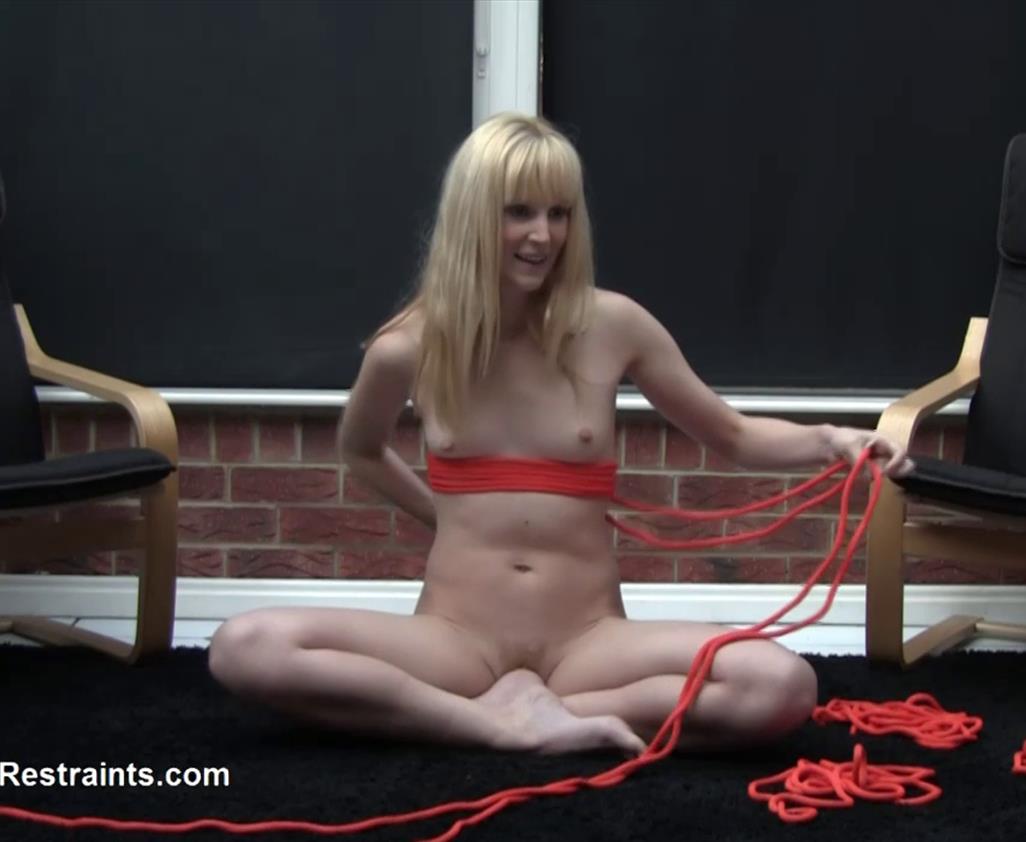 Ariel has been enjoying an afternoon experimenting with rope self bondage, as she is quite an experienced rigger of both herself and other now. Today she has lots of lovely soft orange rope which is good because she would like to do a tie that she can stay in for a long time.

First she sets to work on a chunky upper body harness, with lots of rope encircling her torso above and below her tits. She makes preparations for a box tie but obviously she needs to restrain her legs before she fully immobilizes her hands!

Frogties are nice and restrictive so she kneels up and ties both legs – thigh to calf. Lovely! The last step is to restrain her hands, leaving her properly trapped, which is actually rather tricky in the end. Attempt one doesn’t quite work out but in the end she gets there and lays back to enjoy the restrictive self tie. 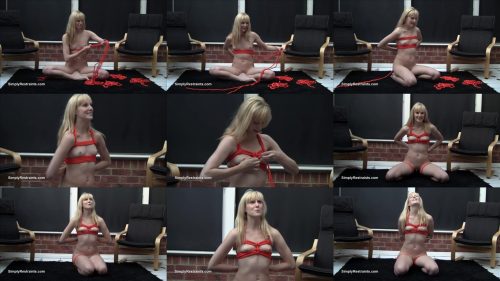