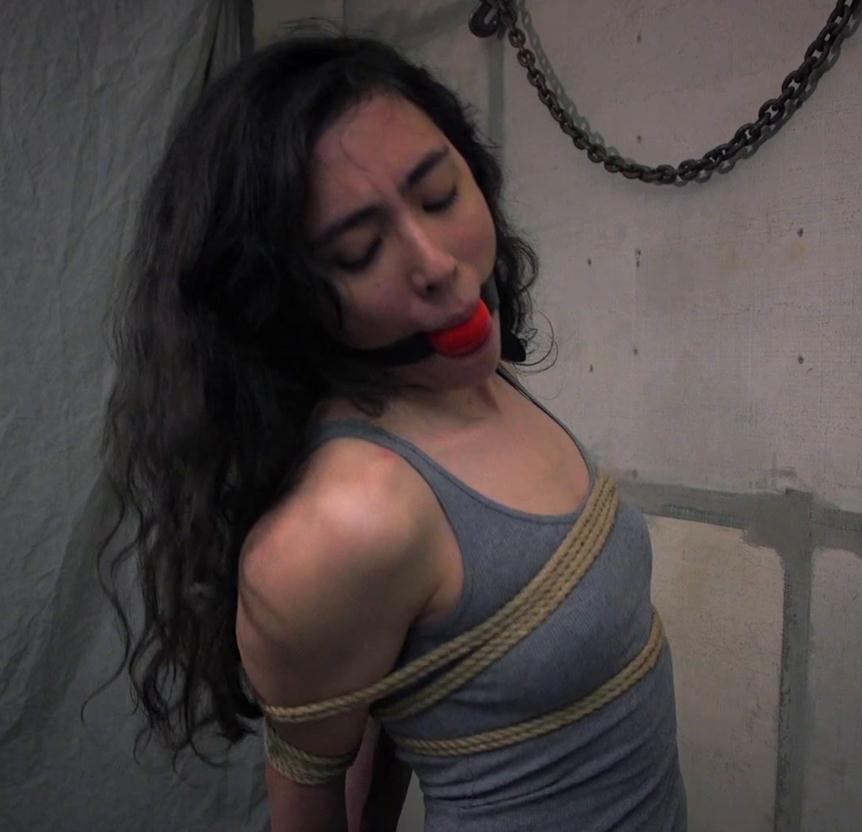 Khrystal is an undercover detective who has tracked down the hideout of the leader of a crime ring she wants to bring down. She carefully enters the creepy hideout and starts snooping around for the evidence she needs but she is quickly ambushed from behind and knocked out with a rag over her mouth and nose. When Khrystal slowly starts to come to she finds herself in a kneeling chair with her wrists already tied behind her back. She is a bit groggy as she realizes the man tying her ankles together under the chair.

Khrystal tries reasoning with him but he doesn’t say a word as he continues tying her up tighter and tighter adding several ropes around her chest and a rope around her neck. Then he binds her elbows tightly together behind her back which distresses her even further. Khrystal pleads with him to let her go but no such luck for the helplessly bound captive! He proceeds to gag her with a big red ballgag then leaves.

Khrystal desperately struggles against the tight ropes, becoming increasingly panicked as she knows if she doesn’t manage to escape before he returns that an even worse fate will await her! The clock is ticking but the ropes are too tight and the knots are all out of reach. Drool uncontrollably flows from her gagged mouth and begins to soak her shirt as suffers and hopelessly struggles in the torturously tight ropes! 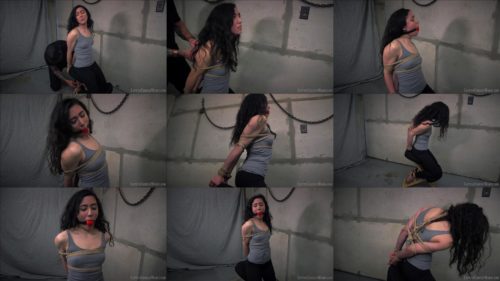 Drooling - Bound Elise Graves into a secure box tie with a tight neck rope - Suffering for You -Rope...
Rope Bondage - Claire Irons is Cinched and Secured - Crimson Avengers Orgasmic Reprogramming
Special treatment for her nipples - Slavegirl is gagged and bounded her
Enslaved Jasmine Sinclair Caged: Her New Life Begins! She stripped and tied up in a cage with sex to...
Rope Bondage - Model In A Haunted House – Ivy Green is Tied to a Chair - Ivy struggles against her r...
Self Gag - Nyxon gagged with a few different gags: the scarf,rope,smaller ballgag, a spider gag,duc...
Tight Bondage - We’ve found Riley’s weak spot - TiedForTickling – Squirm – Riley Richman
Alex Coal loves to be tied down and helpless - The Game Part 1 of 3 - Self Bondage