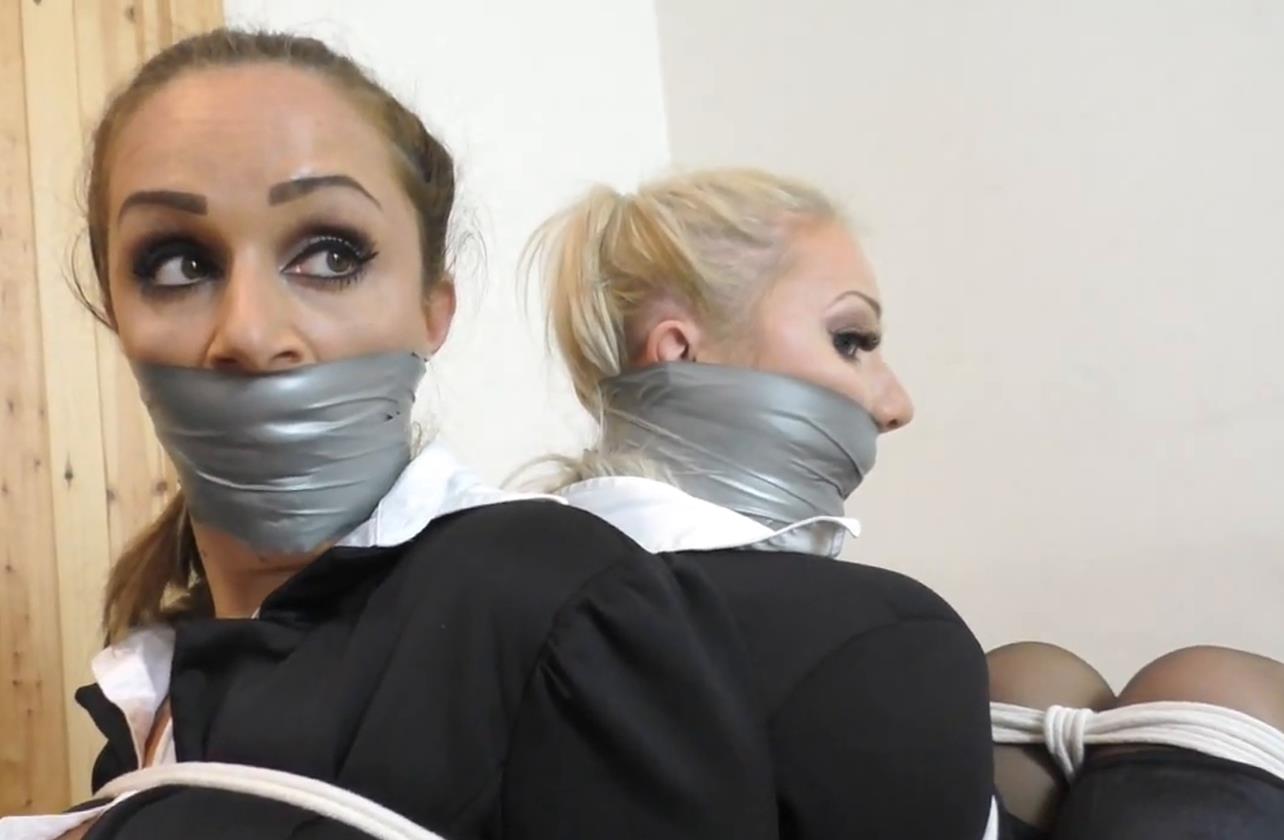 It’s evening-time. Most sensible people are at home in the warm, preparing dinner or playing Fallout on their token console, or similar. These two, gorgeous, pantyhosed and stocking’d secretarial beauties that they are, are working late. They are in for a shock too.

The legendary Bed-Time Burglar (though he is a tad early for that) has just shown up and busted into the building. His intentions dark. Always dark. These two ravishing, uniformed employees minding the fort at the offices are to be found chilling out in the recreation room, bored.

So bored in fact, that all they can bang on about is the recent laddering of young Martine’s sexy pantyhose, or tights, or nylons. Take your pick, they are all the same. Just as they are preparing to head back to the offices, in leaps the robber. Both surprised ladies are instantly taken captive and all tied up on the couch.

Thick cleave gags keep them quiet-ish but after some sexy struggling and dizzying gag chat, the thief, availing himself of some PCs and lap-tops next door, decides to head back in and really sort these two out! Ultra-busty, cleavage 3D-ing Jessie is the first to be super-gagged. A dirty sock thrust into her mouth, she can only mumble as a skin tight, silver tape wrap muzzle is applied, wound around and around her head many times.

Tightly cloth gagged herself, Martine watches in horror, knowing that this is for her next. Feeling up Jessie’s huge baps – who squirms angrily, naturally – the robber soon indeed turns his attentions to the luscious brunette.

Dealing with her in similar fashion, both ladies are left straining and gag babbling on the sofa again as the robber continues his misdeeds… 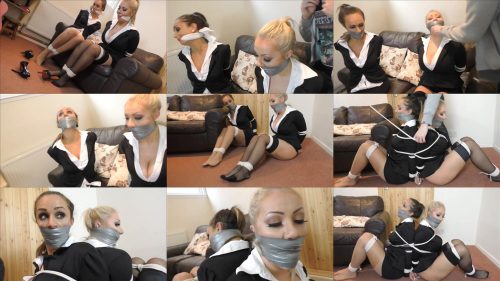