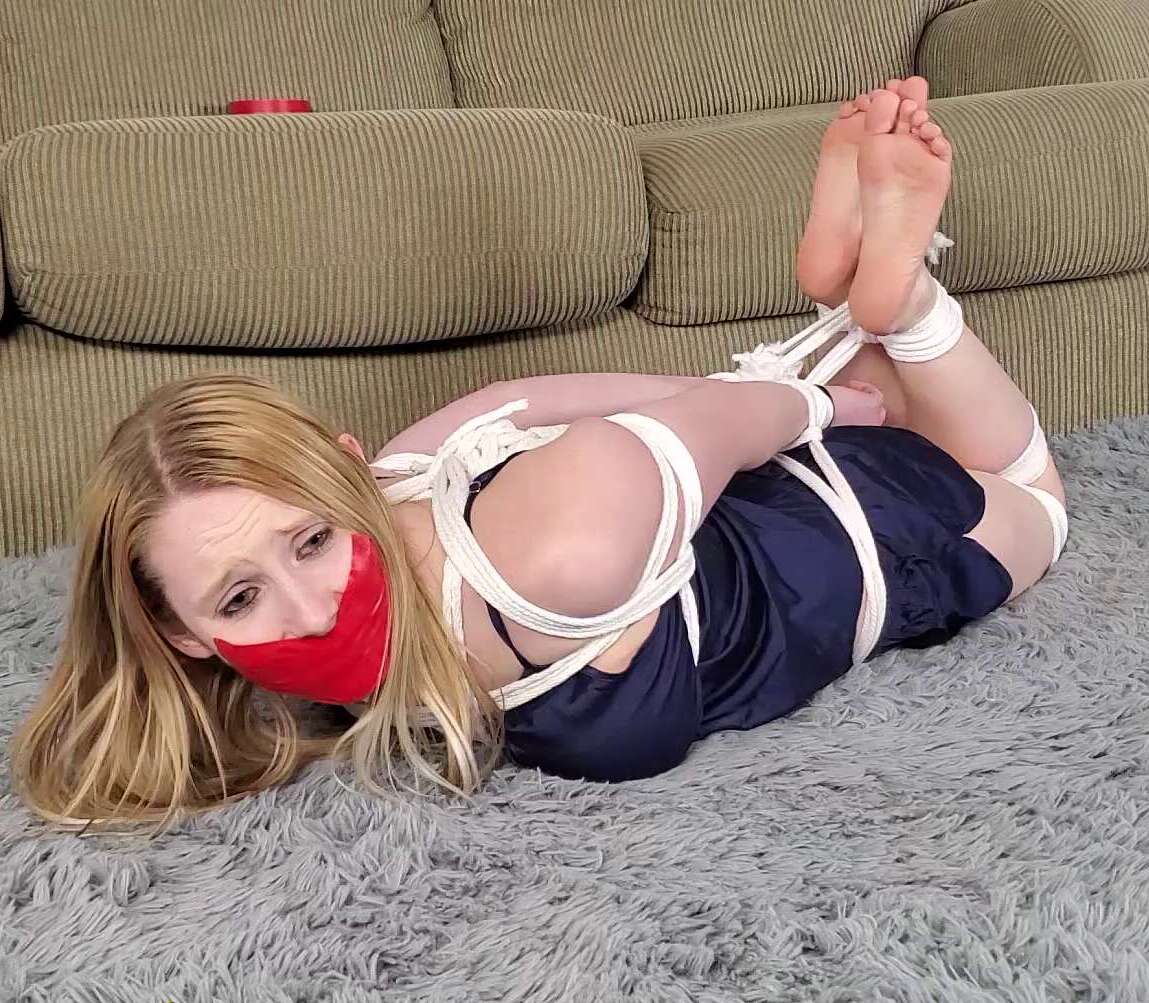 When the cat’s away, the mice will play! Or so thought sexy Lexi, who had planned a night away at her boyfriend’s, filled with fun! Best of all, she’d be back long before her parents were, and no one would be any the wiser! No one, that is, except Lexi’s cousin, who threatens to tell the folks unless Lexi agrees to play one of his bondage games! Desperate to enjoy some time with her man and not get busted, she agrees, and soon learns that when it comes to bondage games, her cousin doesn’t play around! Tightly tied and gagged in her blue sleepwear, her mouth silenced under a very sticky tape gag, Lexi begs for freedom, not that anyone can understand her with her mouth packed full and sealed shut! She struggles and whines, but her cousin has no intentions of letting her out! In fact, he hogties the naive little blonde, taking plenty of pictures of her plight! If Lexi says a word about what happened, her cousin will make sure the pictures end up all over the internet! Looks like Lexi will be spending the night in tonight – and lots of other nights, too! 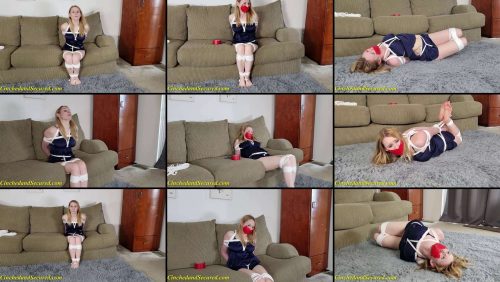