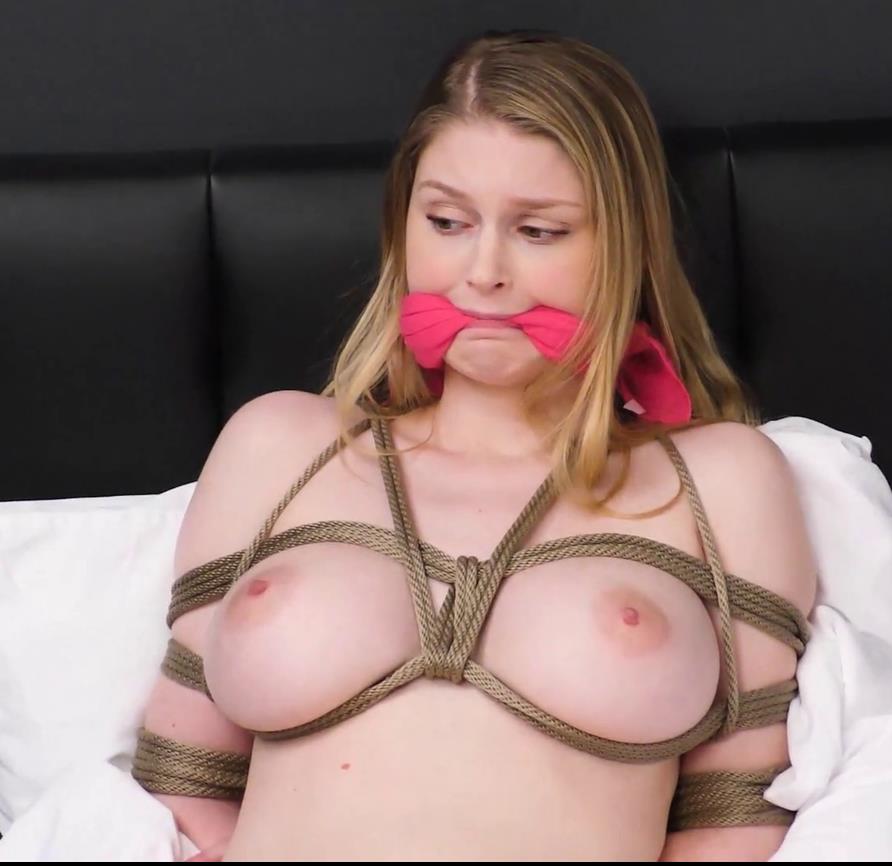 Poor Bunny has completely failed in her mission, and her final humiliation is still ahead of her. The evil villain informs the roped-up beauty that, like the senator’s daughter, Agent Colby has been auctioned off to the highest bidder.

But there’s no redemption from this defeat, and despite her efforts to extricate herself and resist the unrelenting drone of the device, Bunny has no choice but to ultimately surrender to an shuddering, inescapable orgasm. Yet there’s still a surprise in store for this helpless damsel.