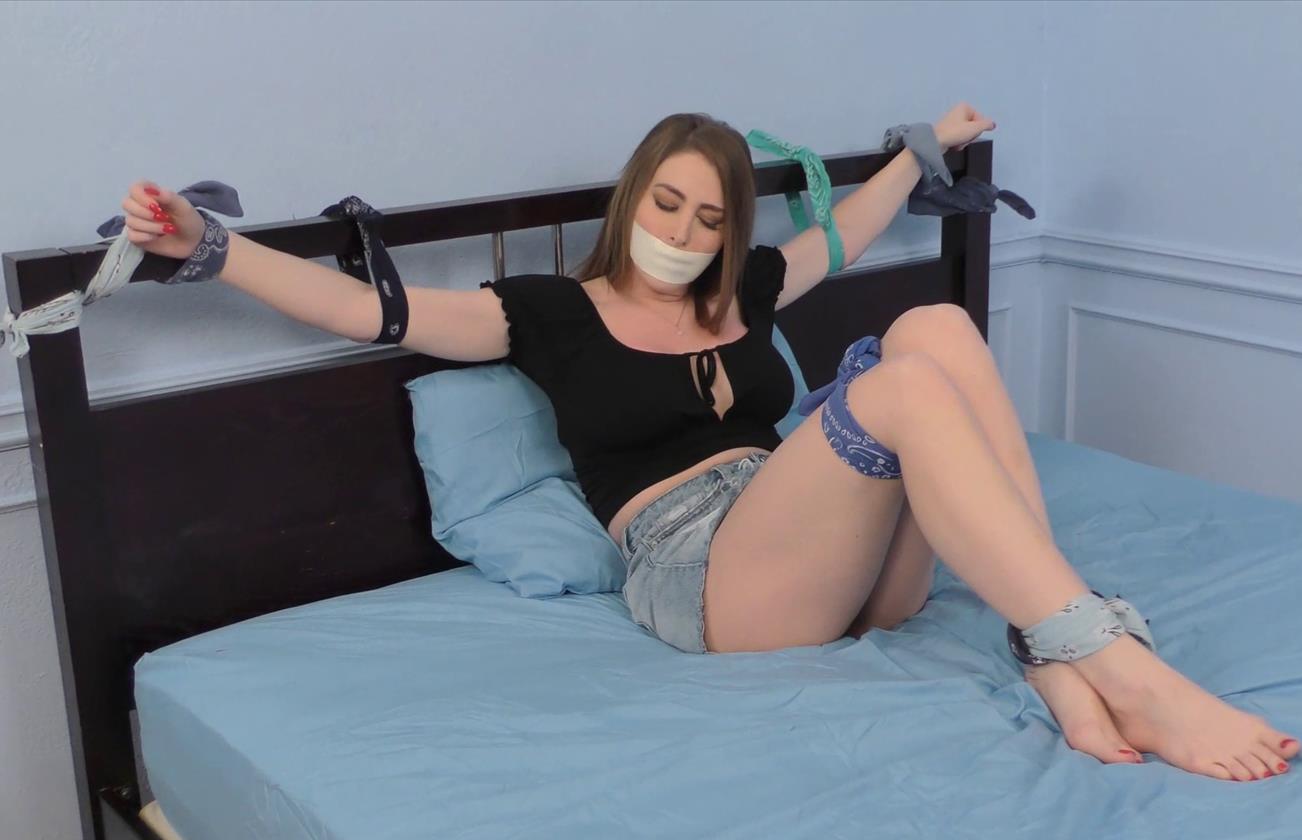 Leggy beauty Brianna Rose has been taken captive by a rural crime boss. The barefoot babe is bound hand and foot, and she warns her captor that he won’t get away with this, and that her heroic cousins will come to save her. But her bravery is countered with a bandana gag, and Briana struggles in vain to free herself. Her attempts to escape earns her a “Seated-T” tie on the bed.

Brianna begs to be let go, but her cruel captors pull down her bra and then turn on the Hitahi to watch their gorgeous hostage try to resist the ineluctable power of the device. She tries to fight it, but it’s not long until Brianna surrenders to a helpless orgasm for their depraved amusement. Will her cousins ever come to the rescue? 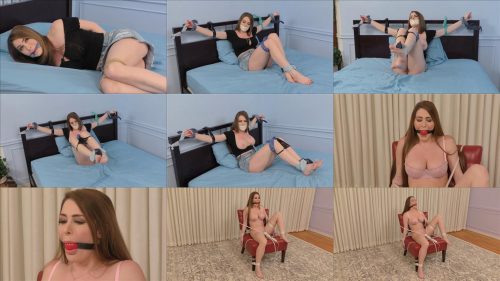