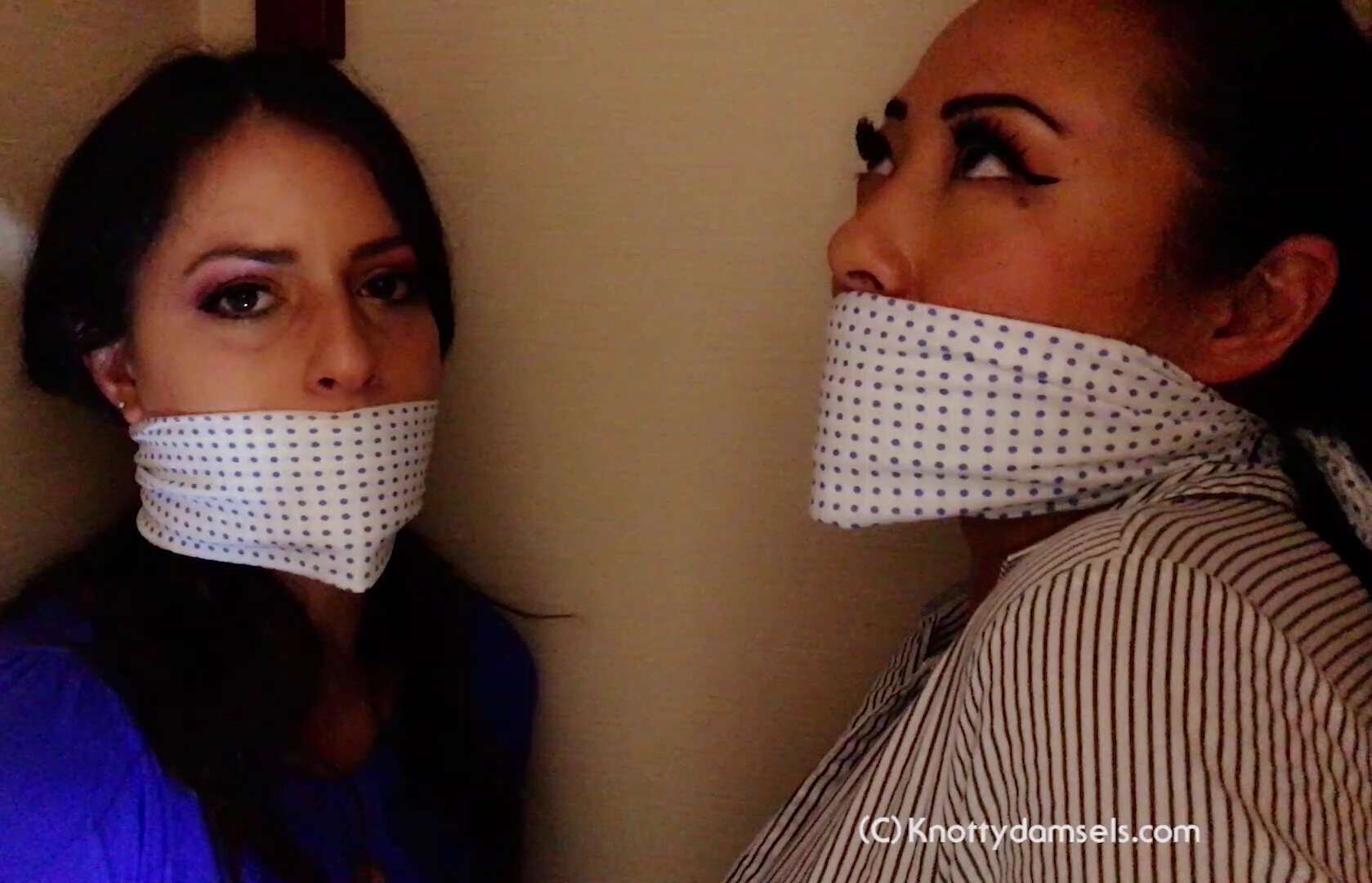 Nyssa Nevers and Indica Fetish are a pair of undercover detectives who wind up getting their cover blown and need to be stashed away in order for their captor to commit a robbery at the hotel they are in.

He ties their hands behind their backs and has them both OTM gagged with matching white cloths with blue polka dots. He stuffs them into the closet where they stand at first. He looks for more rope as he leaves them. The two bicker through their gags over whose fault it is that they are now bound and gagged.

He returns and ties their feet together, now sitting them down. He leaves them for good this time. Moments later, Indica opens the door and falls out, with Nyssa close behind. The two argue to get the other untied.

Finally, Indica manages to get herself free, removing her ropes and gag, but she has had enough of Nyssa’s ineptitude. She leaves Nyssa bound and gagged and escapes herself. Nyssa manages to get her gag off, verbally shwoing her displeasure in her partner’s selfish actions. 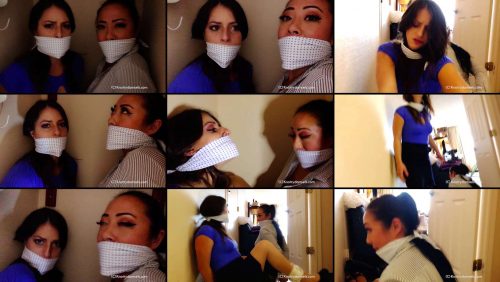