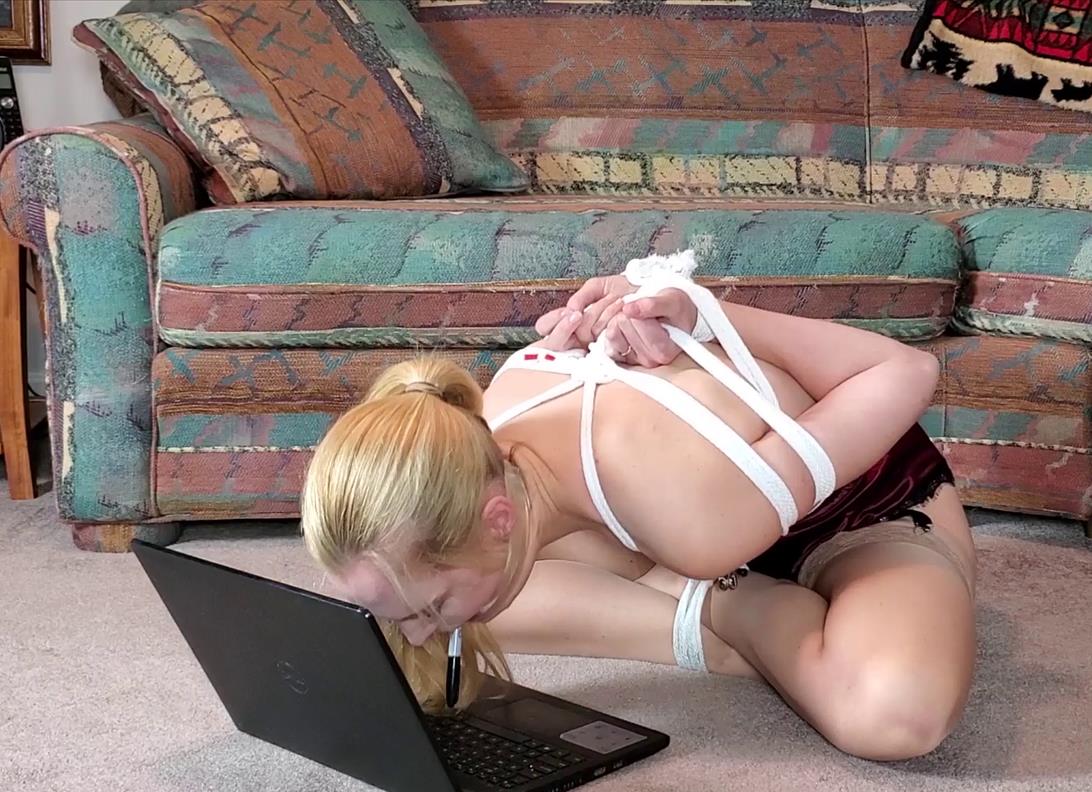 Of course, with fame comes change, and Ariel’s ego has grown far faster than her popularity. She’s ignored the terms of her contract, particularly the clauses requiring her to interact on social media with her fans daily.

As her agent patiently explains the facts of the business to her, she grows more and more defiant and insolent, until the agent has had enough and pulls her across his knee, hikes up her skirt, pulls down her panties and administers a blistering spanking to help her relearn just who is the boss and who is the beaten!

Since he can’t trust her to fulfill her obligations without some enforcement, he ties the long-legged beauty up in nothing but her panties, her legs folded in a lotus tie, her arms locked behind her in a reverse prayer position with her palms high up between her shoulder blades! That’s going to make it difficult to answer her fan mail, but the agent has a solution!

A fat ball taped in her mouth with a big pen sticking out of it! Now that she can’t sass back, can’t run and can’t do a damn thing to escape, she’s all set to spend a day slowly pecking away at her keyboard as she engages with her fans.

But just to make sure she doesn’t forget what she’s supposed to be doing, the agent puts a pair of wicked clamps on her nipples to help her focus! It looks like it’s going to be a long afternoon for Ariel, but who knows? Perhaps she can write about it in her next book! 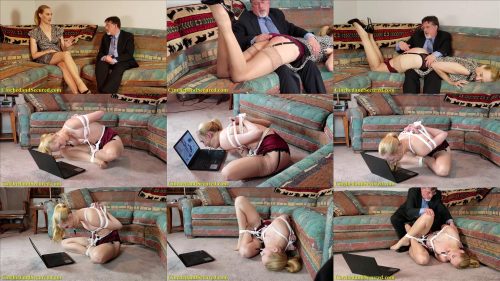 In a predicament - Lucy and Raven Eve have been captured with leather cuffs and rope.They are gagge...
Extreme bondage - A perfect bondage model Cindy is flexible with huge boobs - Cindy Dollar is extre...
Rope bondage - Ariel Anderssen is tied up with the red crotch-rope tightly
Lola Bella first time is cuffed in heavy hand cuffs - Self cuff
Self bondage - Anita De Bauch padlocks leather cuffs onto her wrists - Black leather and crotch ro...
Secretary Alexis Grace held for ransom - The sexy secretary is tied to the chair and cleavegagged -...
Cop This: Encased In Nylon! Jasmine Sinclair dressed in pantyhose and a nylon top with handcuffs fo...
Tape bondage - Kay Kendall is topless and taped up tight in a hog tie - A tight tape cleave gag for ...