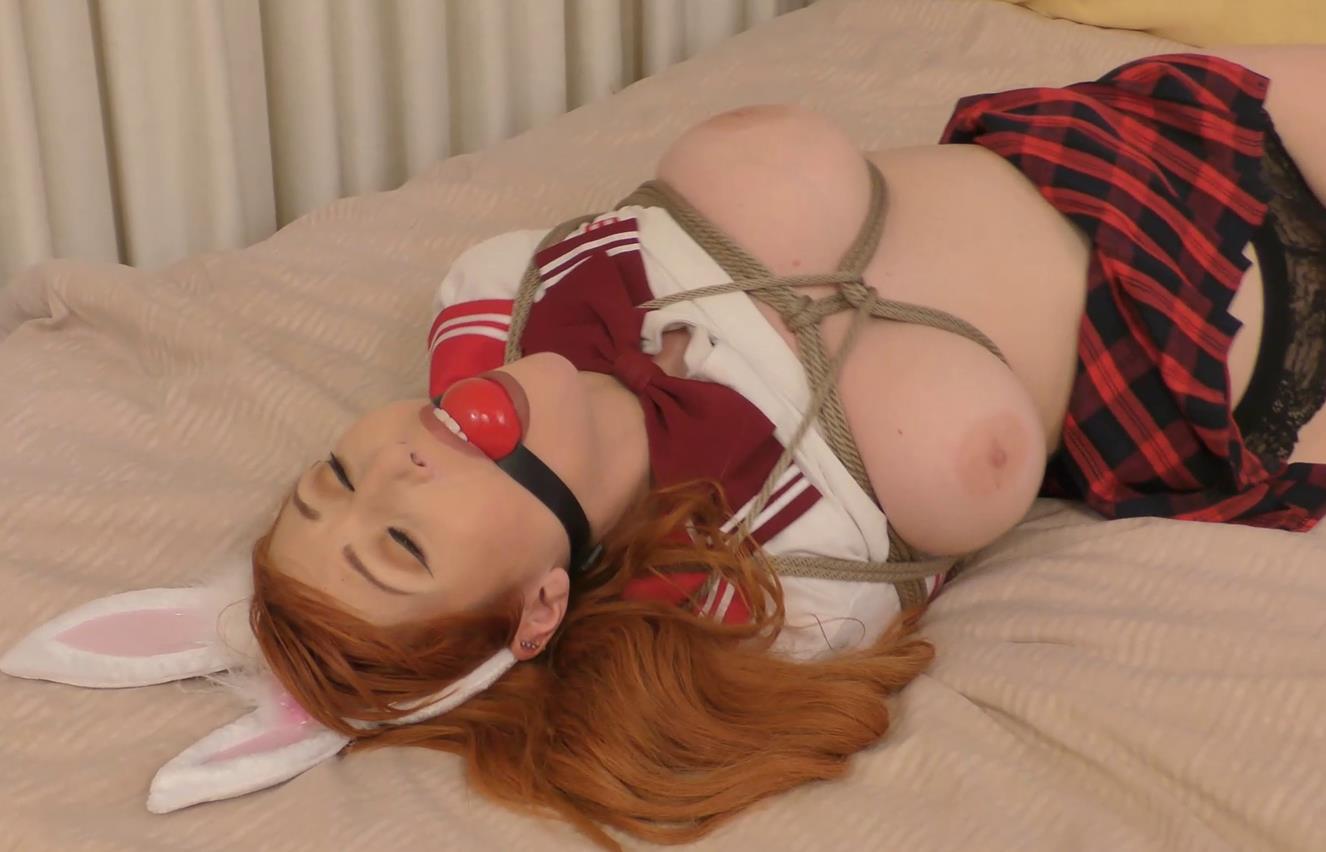 Adorable superlady Sailor Bunny-Bun (Lauren Phillips) has finally tracked down her nemesis, Evil Fox. She cautiously enters his hide-out, but he’s nowhere to be seen. She does, however, find an innocent-looking Easter egg.

She comments that she likes eggs, but when she opens it up, Sailor Bunny-Bun realizes too late that it’s a trap!In an instant, she’s overcome, and the next thing she knows, the brave champion of good is bound hand and foot, and she’s ballgagged. She struggles and squirms against her bonds, but she can’t budge the knots an inch!

The device is brought to life, and even though she tries to resist it’s seductive hum, she ultimately succumbs to a helpless orgasm. What else does Evil Fox have in store for his busty captive next? 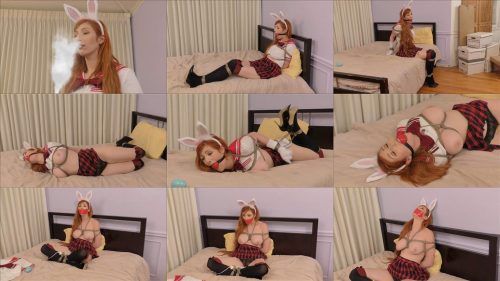