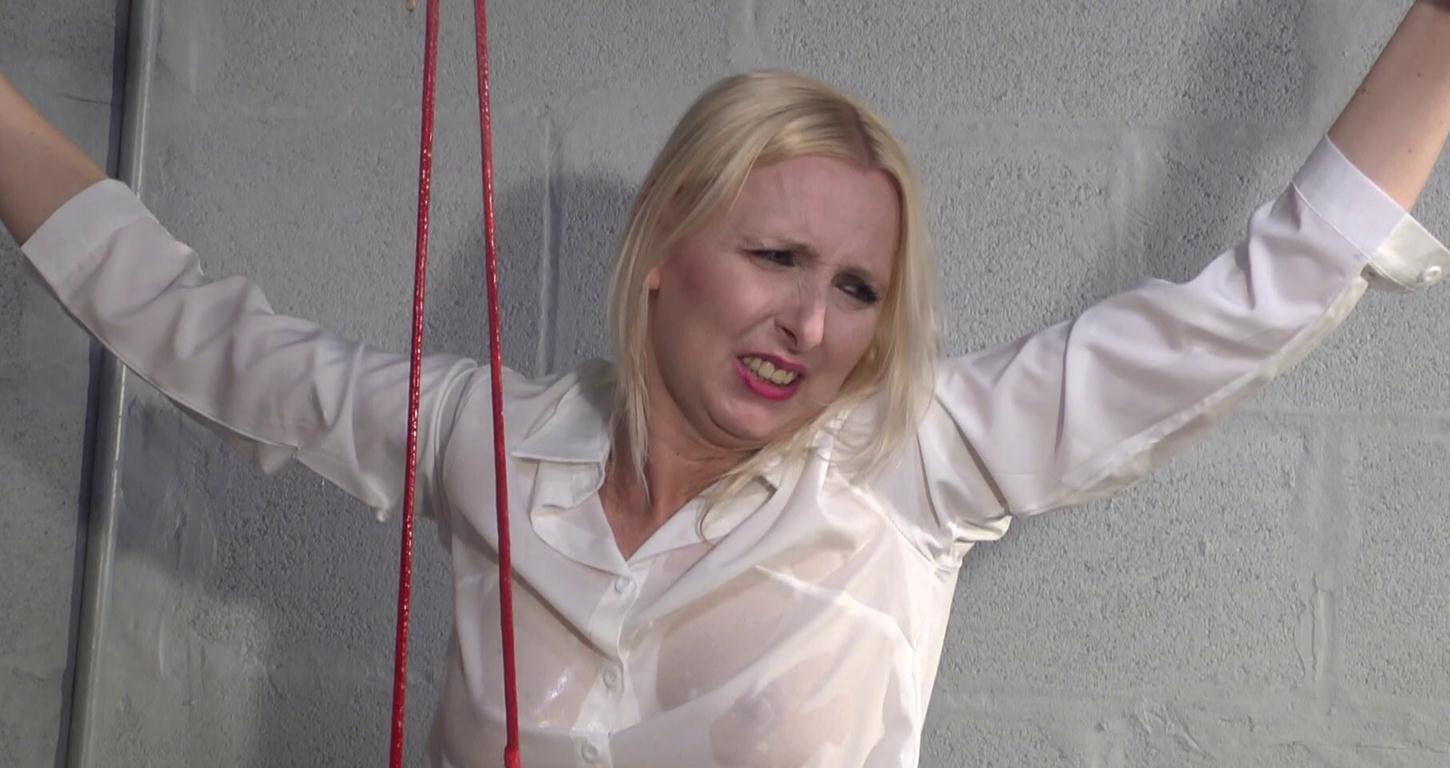 Tracey Lain is dressed in a 60’s period cotton mini dress as she uses thumb cuffs to secure a spreader bar between her big toes. Next Tracey fastens a belt around her waist and attaches a crotch chain between her legs and to the back of the belt, on the other end of the chain is a metal bucket hanging from the ceiling via a pulley. Tracey then attaches weighted clover clamps to her labia and places part of the release mechanism in her mouth. Now Tracey fastens a set of handcuffs around each wrist then each cuff is locked onto hooks above her on the ceiling so her arms are spread. After a few minutes Tracey releases part of the release mechanism from her mouth that turns on a valve and she begins to be sprayed with water, which that allows her dress to become transparent and also begins to fill the bucket. As the bucket fills it pulls the chain hard into Tracey’s pussy increasing her agony minute on minute and forcing the buckets weight lower towards the ground until a steal pin is pulled free and releases one of Tracey’s hands and allowing her to escape. 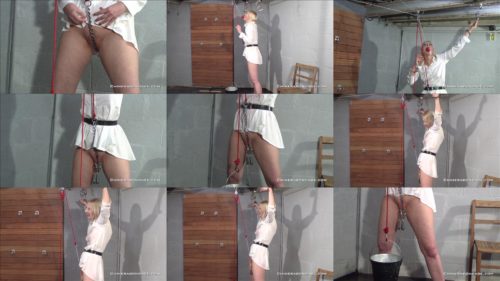