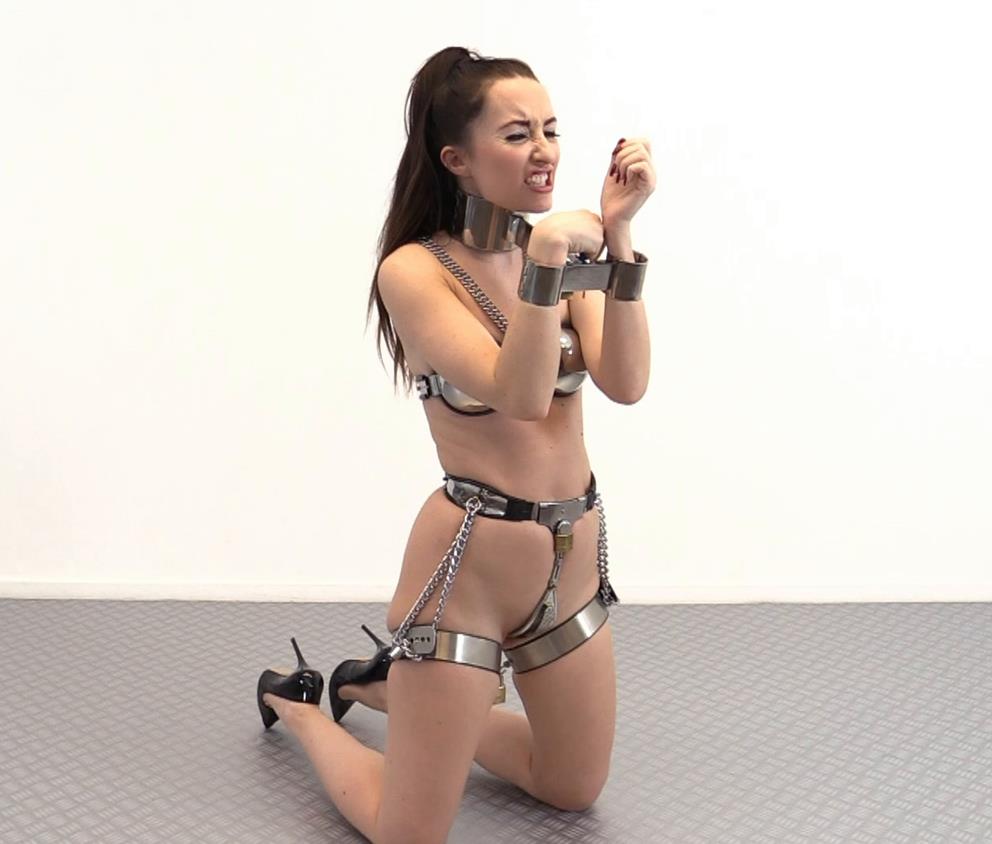 Sophia Smith is doing a Chastity Deal over at ChastityBabes.com. She is doing a lot of tasks and challenges there while locked in full chastity (belt, bra, and thigh bands). She was also locked in a collar, but we took it off for this shoot (which was also part of her Chastity Deal), because we had something more exciting for her!

Our custom built Posture Fiddle is a very tough predicament device. It is small, with a very tall collar and oval wrist cuffs. Once locked on, you are really stuck in one position. With a big padlock on the back of the collar and another one beneath the fiddle, there was no chance for Sophia to escape this device. She tried though!! Such a fierce lady, she should be permanently locked in metal!! 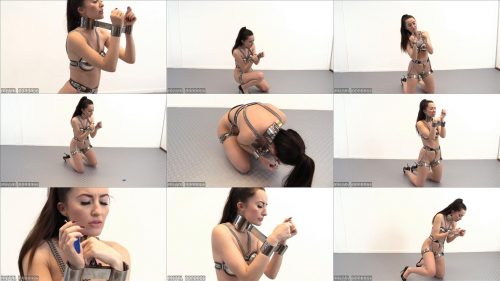