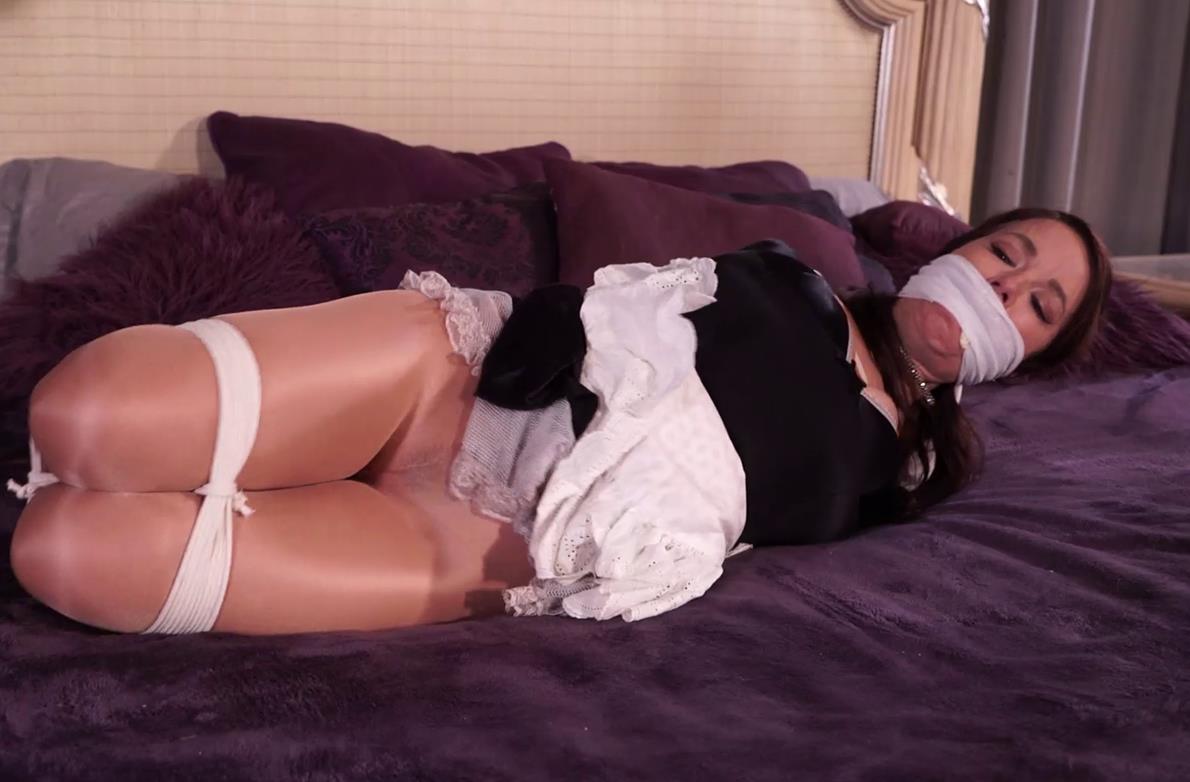 A rich woman is ready to go to a formal event when her friends text her in their outfits. It is a masquerade and costumes are mandatory. Scatterbrained JJ Plush had not noticed that on the invite. She doesn’t have a costume and there is no time to shop so she decides to take her maids uniform and to be a french maid for the night which is something unusual for her.

She is wearing her biggest push up bra, tallest heels and shiniest pantyhose as well. She gets changed into the outfit when a man comes in demanding to know where the maids boss is. He doesn’t realize that the boss is wearing the maids uniform and JJ doesn’t let on that she is Mrs Plush!

He gets her tied up and makes the mistake of leaving her alone so she gets off the bed and hops around to the other side and gets to her phone to call for help but he comes in and snatches her up. He ties her standing to the post, removes her big apron and makes her gag a little more difficult.

He is satisfied with his work, she doesn’t seem to have the details he wants so he takes off to find Mrs. Plush, not knowing he already had her. She wriggles some ropes loose and gets the gag out but she is stuck until someone comes to her rescue. Hopefully he doesn’t figure out who she is before that. 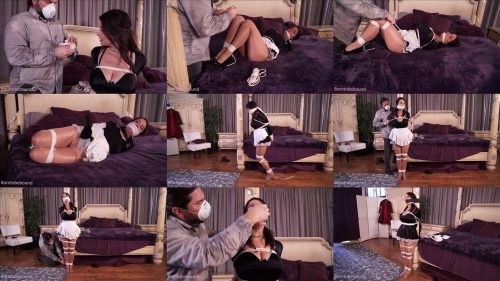