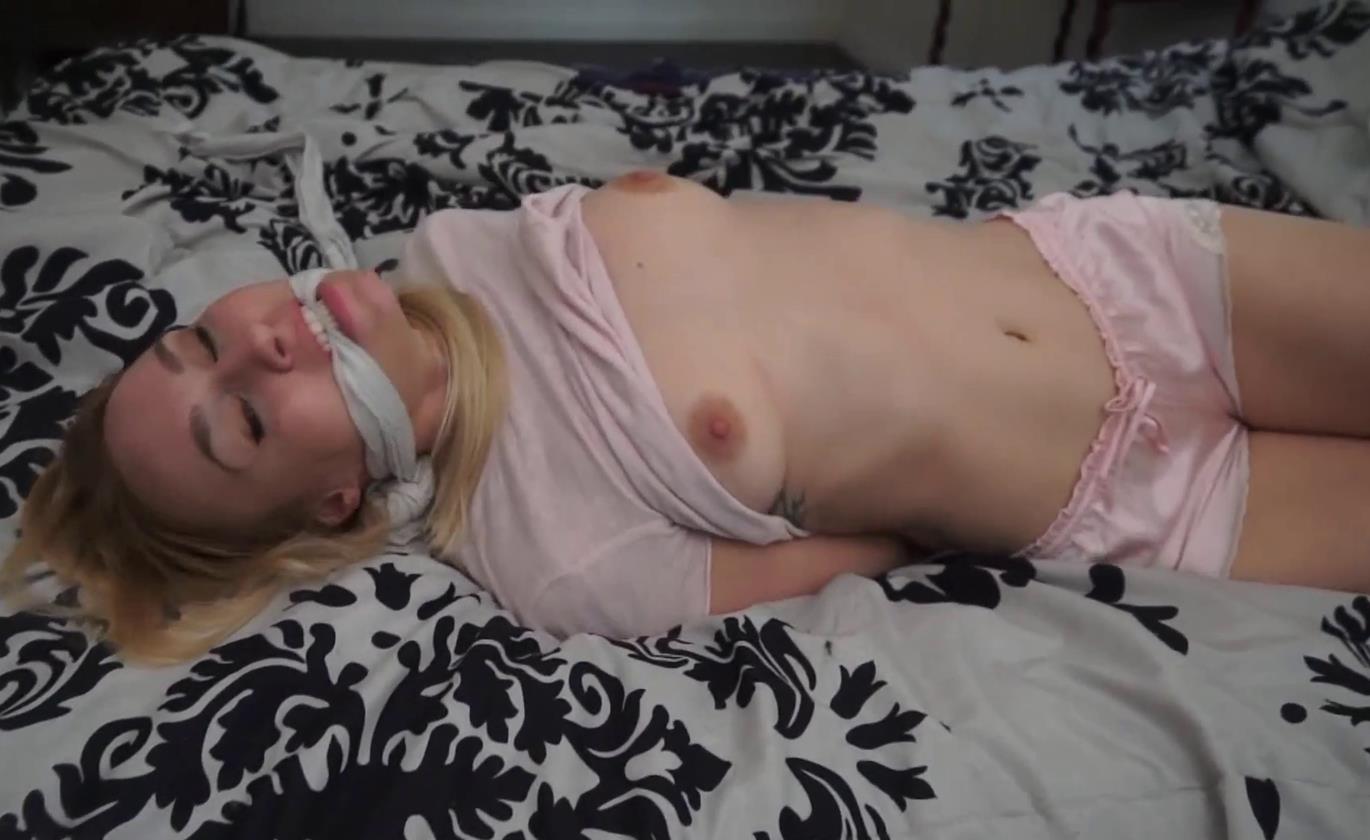 The sinister agent has now been given a new assignment: to recruit unsuspecting women into the world of… fetish modeling! His first target is blonde beauty Jolene Hexx. In this POV scene, Paul sneaks into her bedroom, and his prey suddenly awakens as he draws near her.
At first Jolene is angry and defensive, but then she becomes terrified. When we next see the barefoot babe, she’s cleavegagged and hogtied on her bed. She pleads with her captor, and rolls around, trying her best to squirm out of the ropes.
But there’s no escape for Jolene, and soon he pulls up her crop-top T-shirt to expose her luscious, all-natural breasts. Then her silky shorts are pulled down to her knees, revealing all of her feminine charms. The helpless captive whimpers and begs for release through her gag, but her cruel captor has other plans for Jolene! 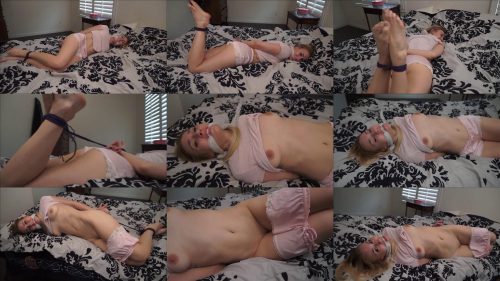