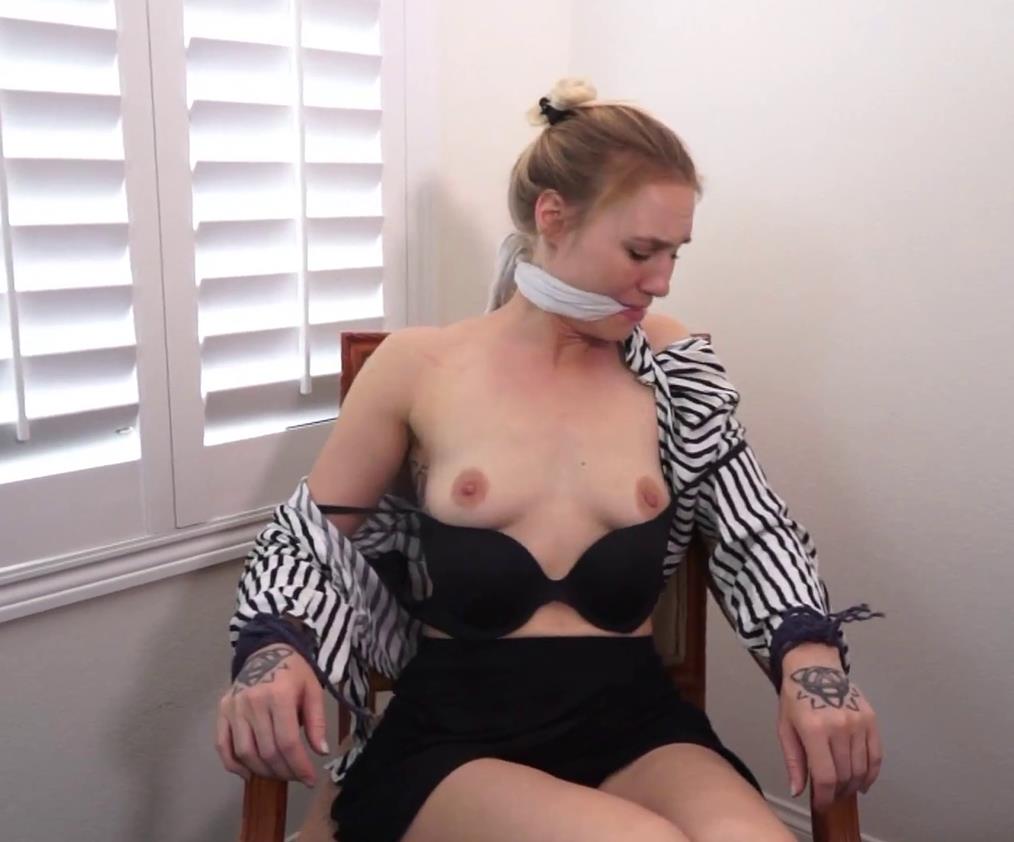 Sexy Jolene Hexx is sexy bondage model. Ms. Hexx plays a secretary who’s fed up with her sleazy boss’s sexual harassment, and decides she’s going to expose his tax evasion. She’s searching for the files when her boss discovers Jolene snooping around.

She makes a fumbling, unconvincing excuse, and then nervously asks him why he’s holding rope. The sexy secretary is then taken captive. Jolene is cleavegagged and tied to a chair, and she struggles against the ropes and pleads through her gag with her evil boss.

Her captor is still pondering what to do with his scheming employee, but he quickly decides to open up Ms. Hexx’s blouse, pull down her bra and expose her pert, perfect breasts. The helpless damsel continues to squirm and emote, fearful of what her boss has planned for her next! 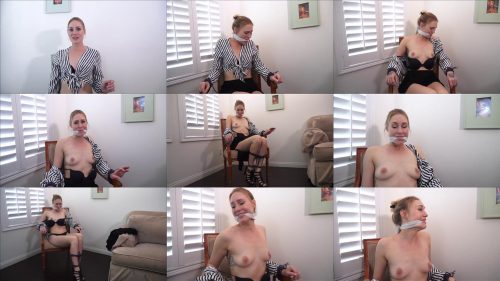