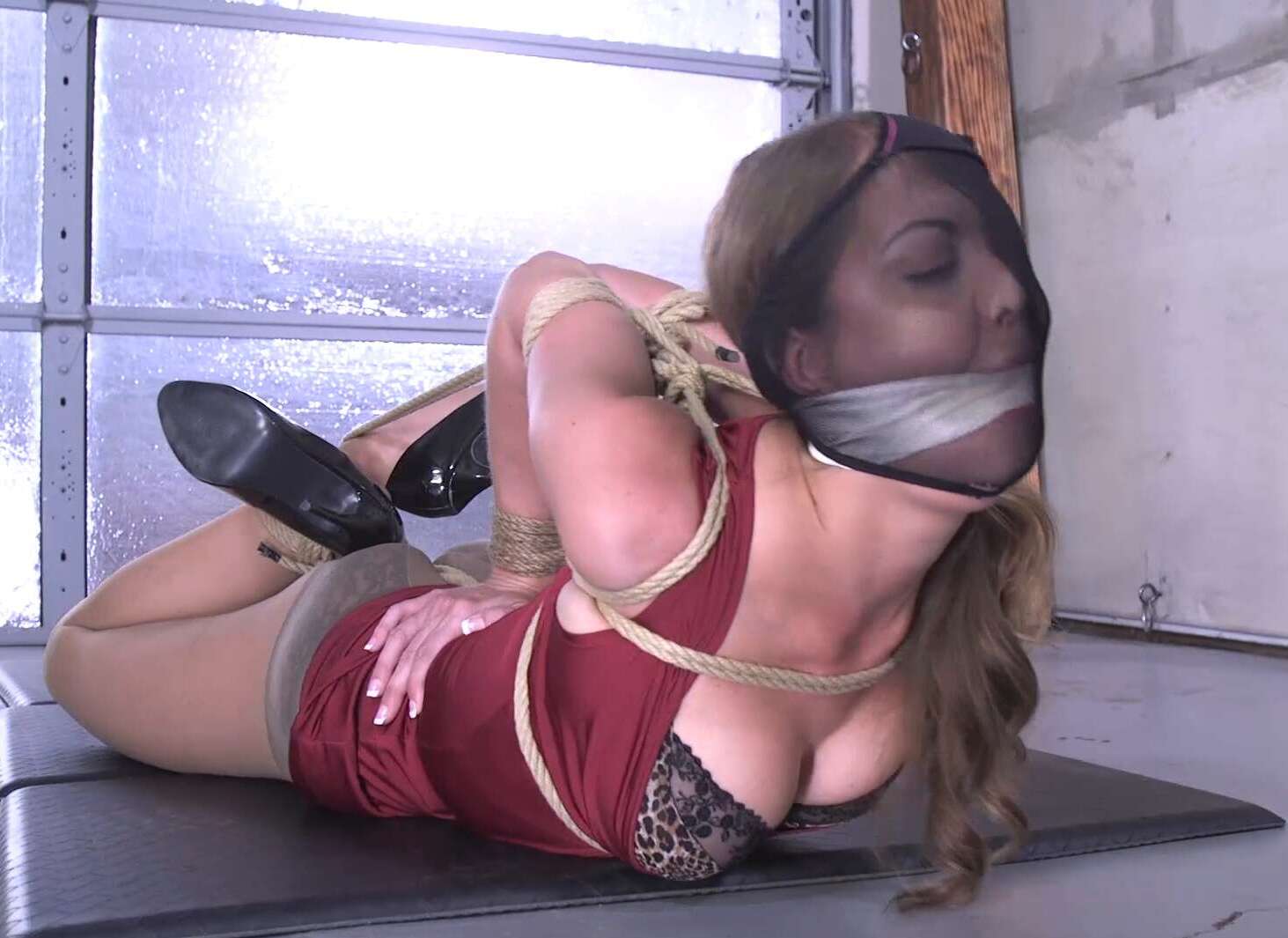 Believing her husband was cheating on her, Chrissy hired a private detective to look into the matter. It turns out, her suspicions were correct. So today, the detective took her to a storage locker to show her where her husband has been bring his secretary. There he has been tying her up to have sex with her. Seeing this enrages Chrissy and she wants to get even with her cheating husband. So she asks the man she hired to tie her up, gag her and shoot photos that she can send to her husband. Soon Chrissy is tied up tight, and gagged with her mouth stuffed and taped. But along with getting back at her husband, she also finds out she likes the idea of being tied helpless. So as she gets into the game, the rope cuts into her skin and it becomes painful. But in a good way. She gets the man to tie her in more strict positions and make it more humiliating for her. Soon she is hogtied in a strict “chicken wing” with her tits out and her dress pulled up to expose her panties under her sheer pantyhose/ Her face and head is also covered/hooded with a pair of panties. Finally, the man takes the gag off of Chrissy. “What are you doing!” Chrissy asks the man. He tells her that he is releasing her. “No!” She tells him. She tells him to put the gag back in her mouth, pull her panties down and fuck her just like her husband fucks his secretary. “Two can play this game!” She tells him. 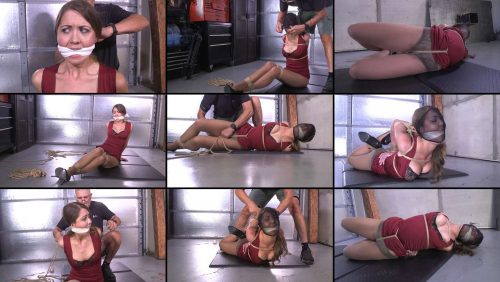 Hogtie the babysitter up and pull down her panties
Rope Bondage - Getting To No Lucy Now In Ultra HD - Bondage M/F
Sybil's Soft Session - Cinched and Secured - Bondage M/F
Jamie Knotts Santa Is That You?
Ballgagged Birthday Mercy - Post Show - Asianastarr - Leather Bondage
Handcuffs Bondage - Bondage M/F - Macy Nikole is handcuffed with ankle cuffs in uncomfortable positi...
Rope Bondage - Enough of your bitching! After all, this was your idea! - GNDBondage
Rope bondage - Madalynn is bound and the ropes are tied painfully tight gndbondage – He made me stri...