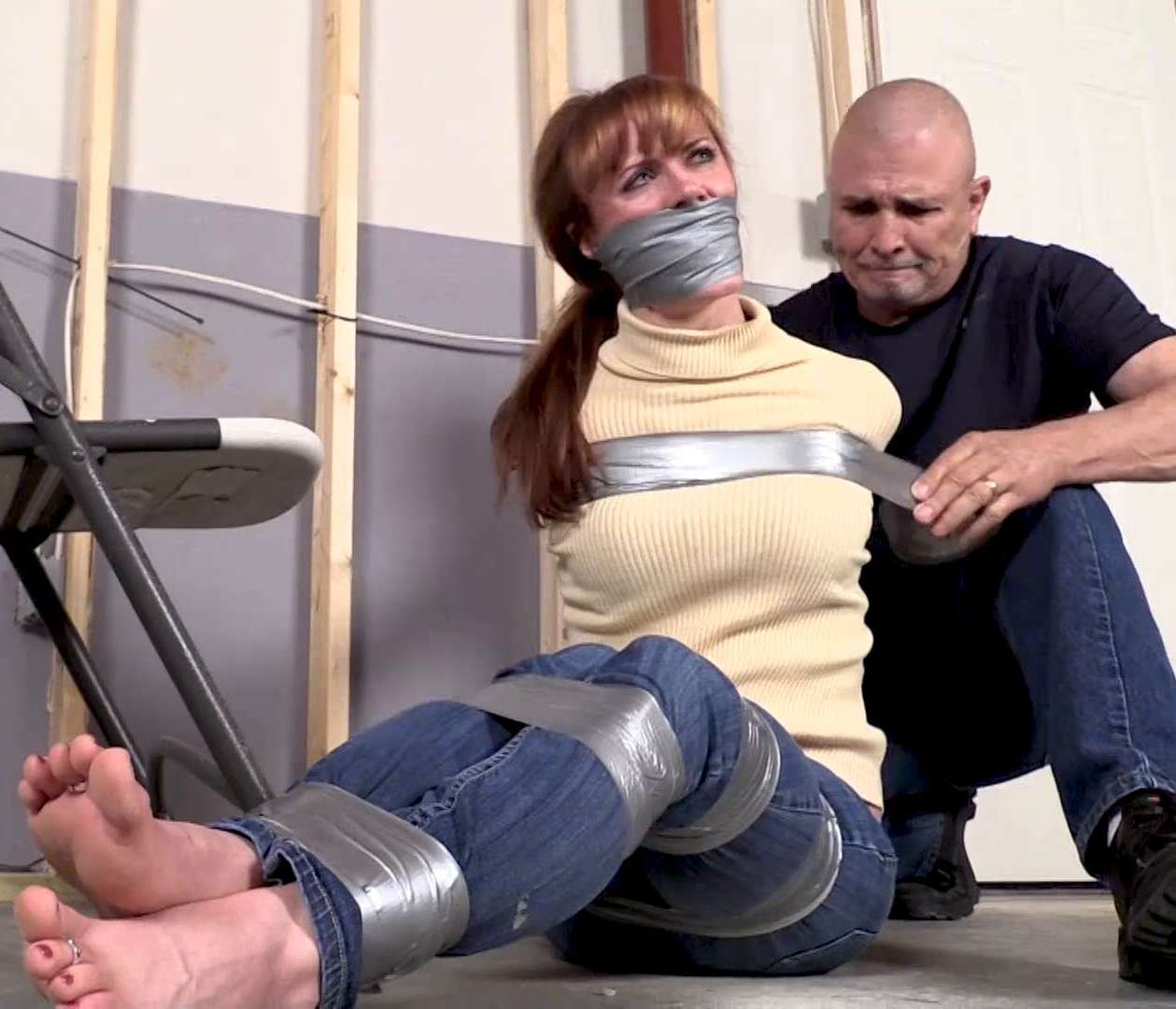 A man takes Madalynn into a basement room. He tells her that she is staying with him and that she better not cause him any problems. But Madelynn is in no mood to be cooperative and she tries to escape. So the man grabs her and tapes her up good and tight. Again she tries to escape, so the man uses more tape until he has her bound helpless. Then because she will not shut up, he stuffs and tapes a pair of panties in her mouth to gag her. But now the man is not so eager to be nice to Madalynn and things are going to get pretty nasty for her when he uses scissors to start cutting her clothing off. Lucky for her, he stops at her bra and panties. He has to give her some kind of reason to consider cooperating. But he warns her, “Anymore problems, the bra and panties are next. And you know what that means!” After leaving Madalynn to struggle bound and gagged for a while, it is time to take her with him again. So he returns to her, lifts her off the cold basement floor and carries her away bucking and kicking over his shoulder. 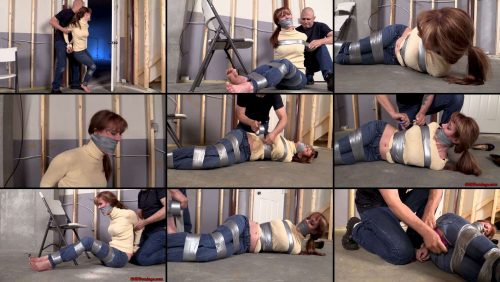