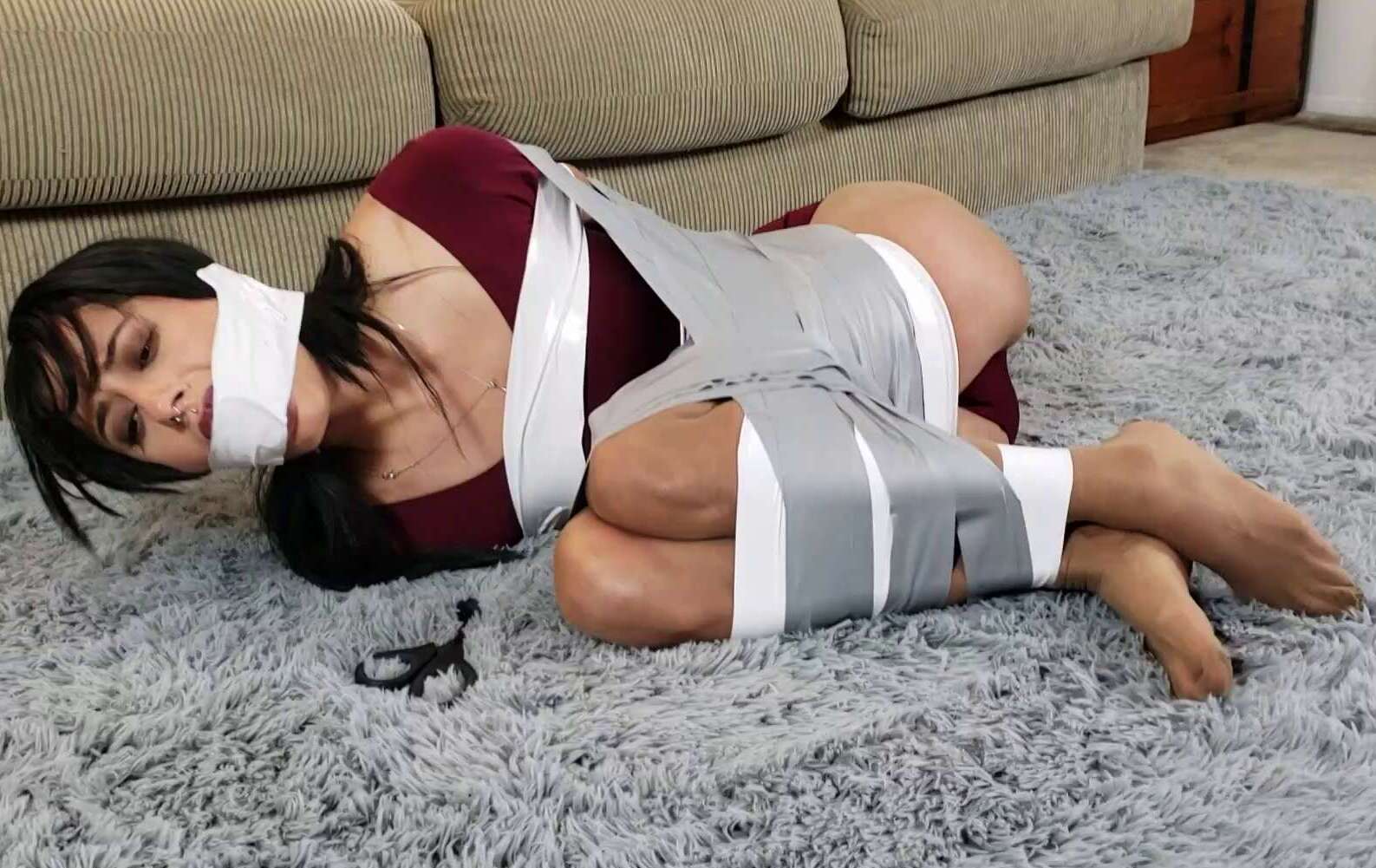 Lilith had no idea who he was or how he had gotten into her home. She only knew that she was in big, big trouble. He had bound her cruelly with band after band of tape, all wrapped so tightly around her body that she could feel her bones rubbing against each other! She struggled desperately in his grasp, her cries for help smothered into nothingness by the hand tightly clamped over her mouth. When he finally pulled it away, she took a huge breath, intent on screaming for all she was worth, but the stranger crammed a giant sponge into her mouth, cutting off her cries before they could be born! Her eyes rolled wildly as he wound more of the dreaded, sticky tape around and around her head, sealing the sponge in behind it, her face feeling like it was being crushed in a vise! The adhesive was so strong, far too strong to be used on human skin, but that didn’t stop the stranger! Now, confident Lilith was helpless, the stranger left her alone to ransack the home. Lilith squirmed and struggled, constantly screaming into her packed mouth, but neither her struggles of her screams were effective in any manner. Slowly, she worked her way to the floor, wishing she had worn anything other than her leotard that day. It left little to the imagination, and she became acutely aware of just want the stranger could do to her, bound and helpless as she was. He heard her moving around on the floor, and returned to secure her even more stringently, although she would not have believed such a thing were possible until she experienced it! Now, compressed into a tight little ball, her huge eyes darting about the room looking for a means of escape, but there was no chance of that! She mewled, thinking nothing could get worse, until her gyrations caused her to loose her balance and tip over! Now utterly unable to right herself or free herself, she stared in frustration at the scissors that could release her, if only she has the use of her limbs. Freedom was mere inches from her face, and yet, it would forever be out of her grasp! 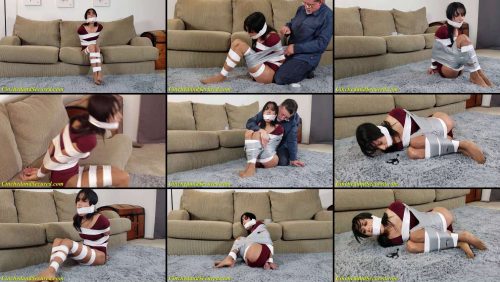