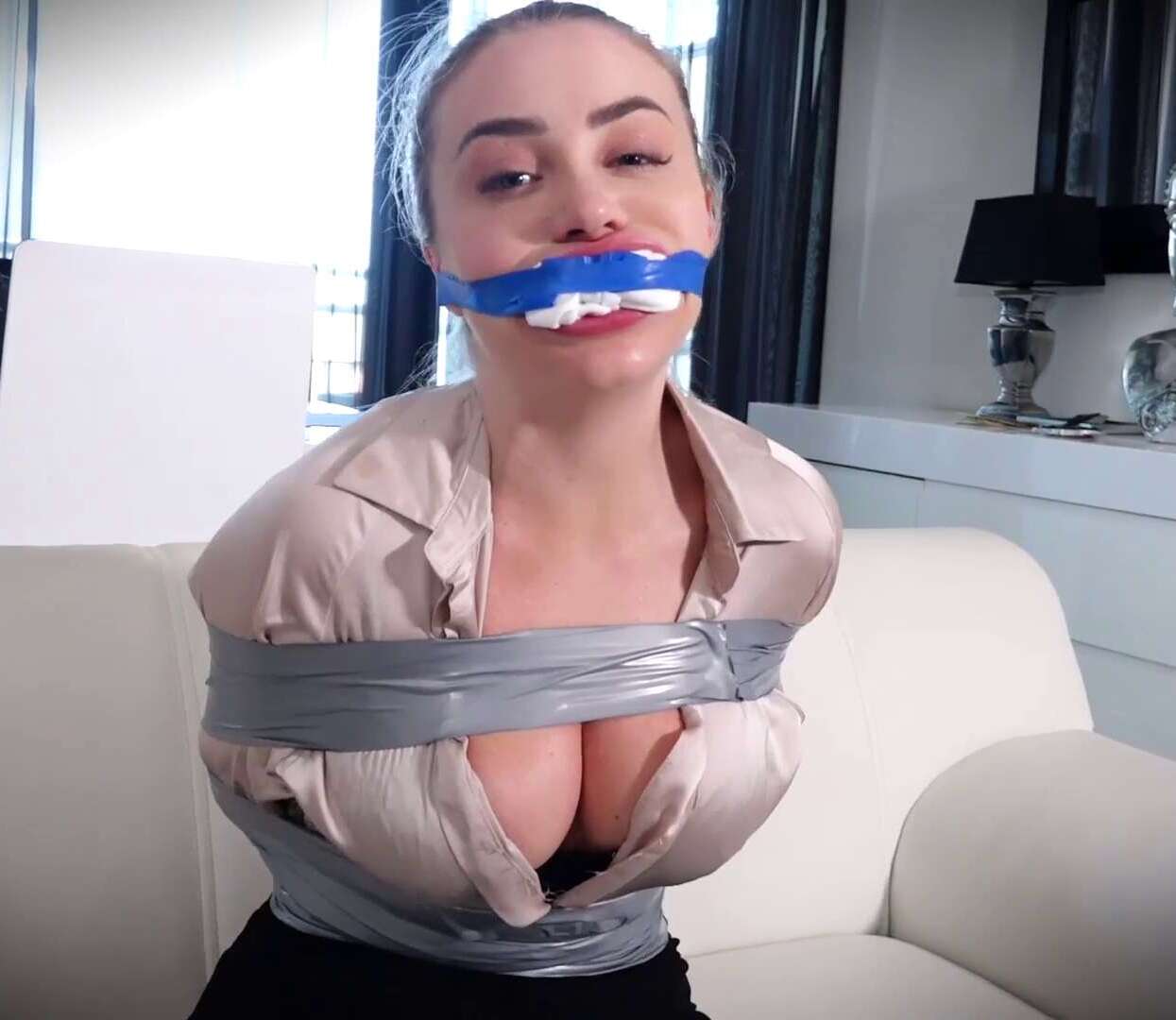 Layer 1 Aubrey’s tape gag is removed, her captor stuffs her mouth with 2 socks fully filling up her cheeks and wraps around narrow Blue PVC Tape making it hard for Aubrey to produce sound. The captor leaves her alone to gag talk and struggle. Now Aubrey frustrated about her situation MMMMMPPPPHHS the whole time without any chance of getting the tape loose or the huge stuffing out..

Layer 2 Aubrey’s captor returns to add another layer of tape over the already very effective tape cleave gag. He puts a few pieces of Blenderm tape over the lips of Aubrey silencing her even more. Aubrey tries to protest but all that coming out of her mouth is loud muffled gag talk.

Layer 3 Now it’s almost time for the captor to take his leave. Before he does he just wants to check out if there is still some valuables. He wraps 2″ Microfoam Tape tightly around Aubrey’s head with a lot of layers before doing so. Aubrey now almost panicing about the tight tape gag thats around her head MMMMMPPHHHSS a lot while trying to get out. Her captor comes back after a while removing the last 2 layers of tape before he leaves her all alone. 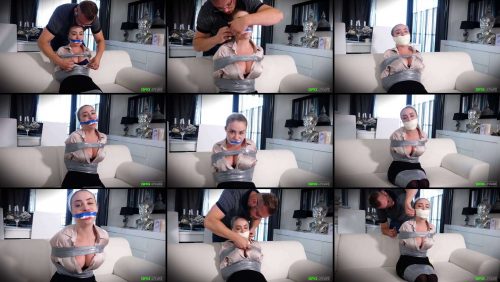