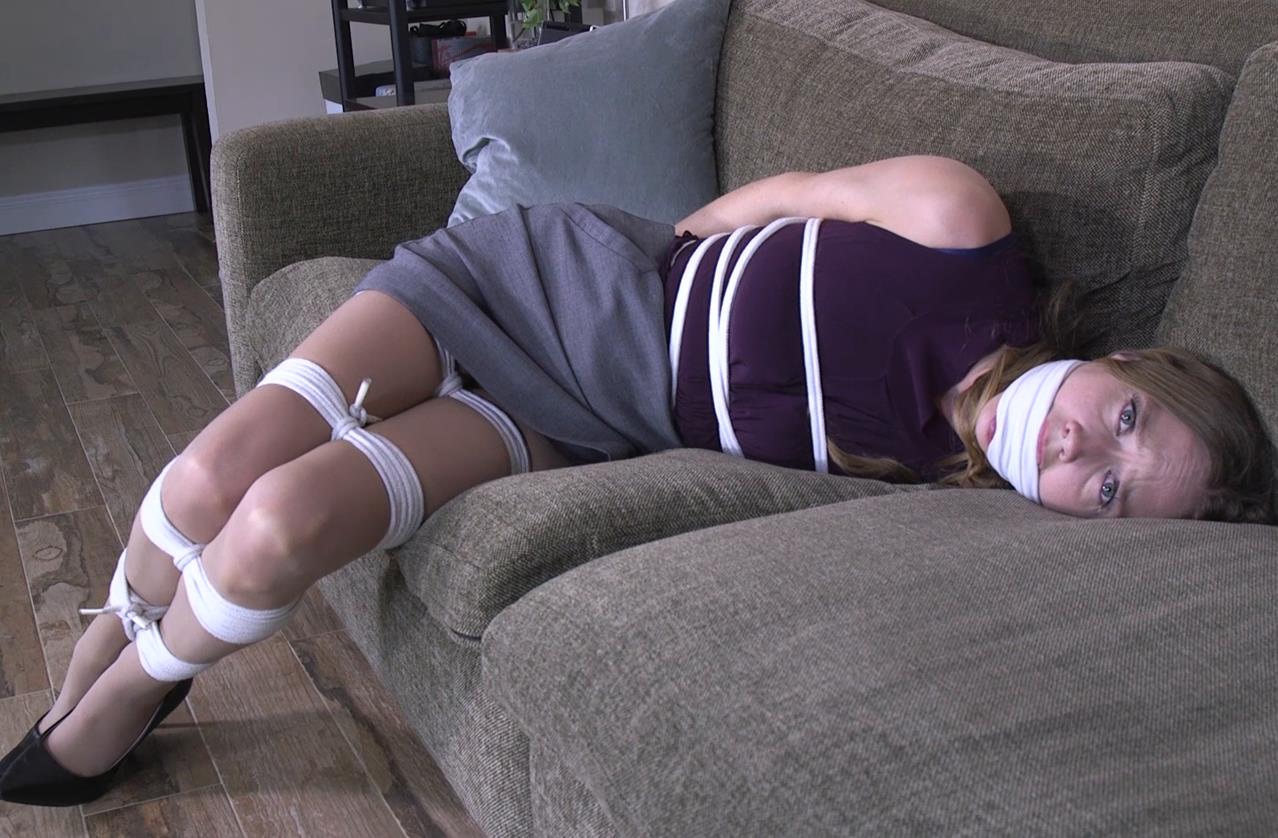 Star’s husband is leaving for work and Star cannot get him out the door fast enough. She checks through the front window to make sure he drives away. Then she goes to room and tells a man he can come out of hiding. She met this man on the internet. It turns out he and and she are very much into the same thing. Star loves getting tied up and the man loves tying pretty girls up. “Did you bring rope!” she asks him and when he replies, “Yes” She tells him “Tie Me UP!”

A short time later, Star finds herself bound and gagged. She is very turned on and is anxious for the man to do naughty things to her. But this man wants to play with her for a bit and tells her things that make her believe she will not be getting her way. She struggles as she tries to protest through the gag. Later when the man pulls her pantyhose down, Star thinks she will be getting her way after all. Not so quick her tells her and watches as she struggles bound and gagged 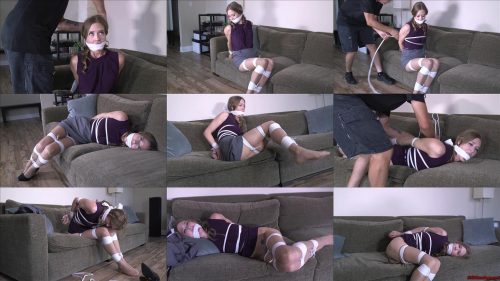