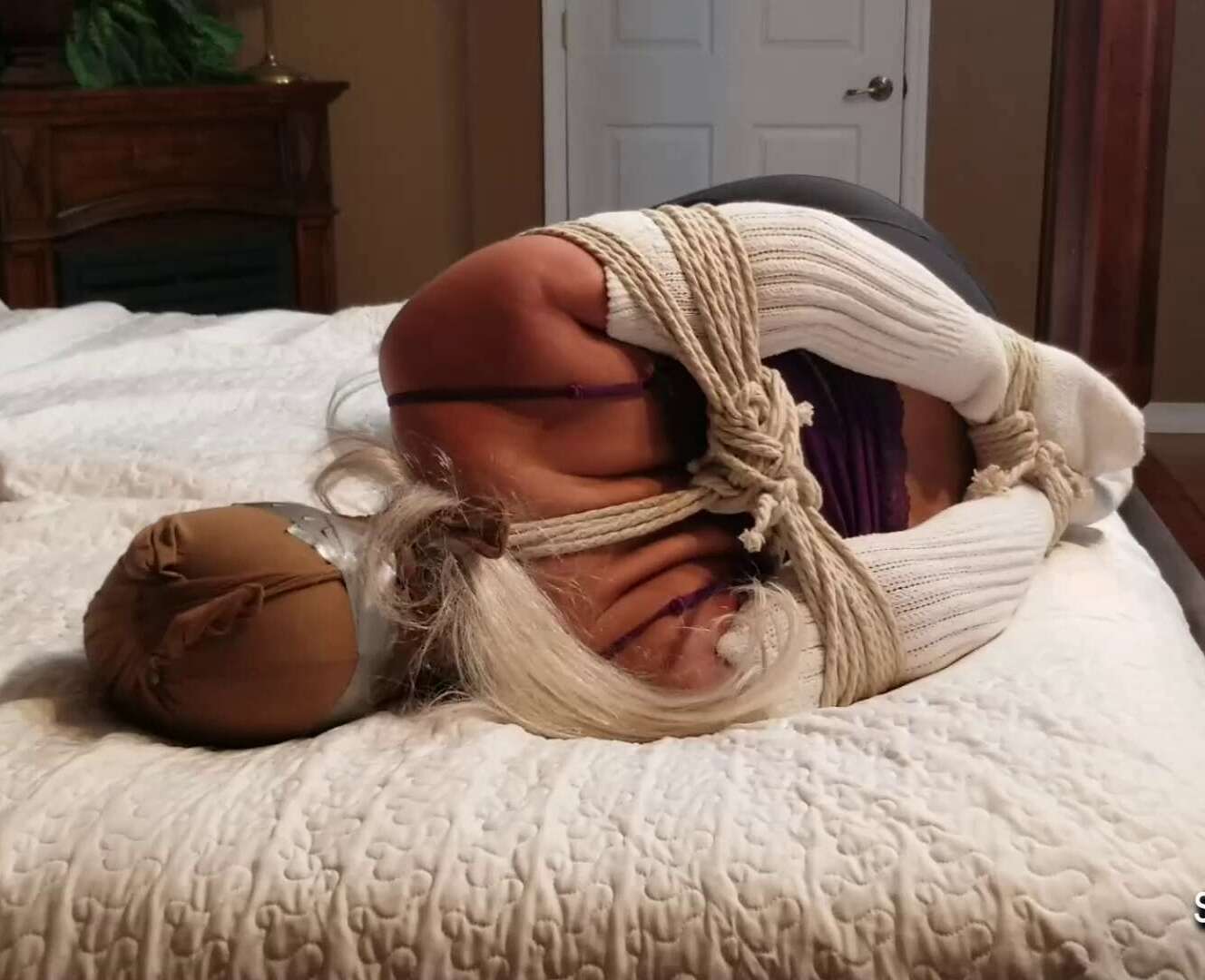 A knock at the door disturbs Sandra as she relaxes on the couch – slouch socks over yoga pants padding her bare feet to keep them cozy warm for the evening – who can be calling at such a late hour? As Sandra opens her front door a mere inch it is busted inwards taking the startled MILF unawares as a deep voice booms orders at her, to kneel on all fours on the very couch she reclined on just a moment ago! Poor Sandra’s posterior is perfectly poised for the attention of the intruder, who instructs her to spank her own ample ass in a solo display of submission. The Brute who broke in ties up the busty broad, wide wraps of rope at her ankles around her knee high cable socks, with an added pair of the white woolen tube socks bound to create an armbinder predicament for her!

Sandra hops into her bedroom at the behest of the beastly burglar, her phat ass cheeks jiggling, where her mouth gets a generous stuffing of her own worn pantyhose taped in place with first vetwrap, then duct tape. Disorientated by a pair of pantyhose pulled over her silver hair as a hood, Sandra struggles – a further wrap of duct tape over her eyes as a blindfold depriving her of her sight – while her hands grasp the air through their thick fabric foot coverings in futile attempts to reach for an errant knot in the ropes encircling her hourglass curves. As Sandra rolls and writhes atop the covers of her bed, her toes begin to part from their toasty sock covering, the fabric flaps as if waving a teeny white flag for surrender… but the brutal burglar has no thoughts of accepting this submission, leaving the damsel in distress to her struggles with a few final pats on that ample ass! 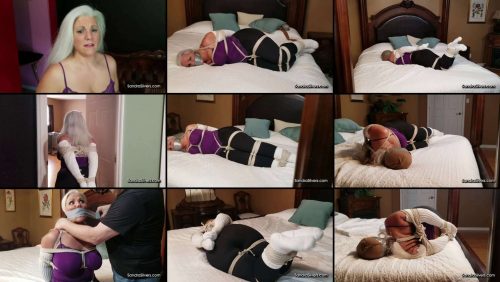