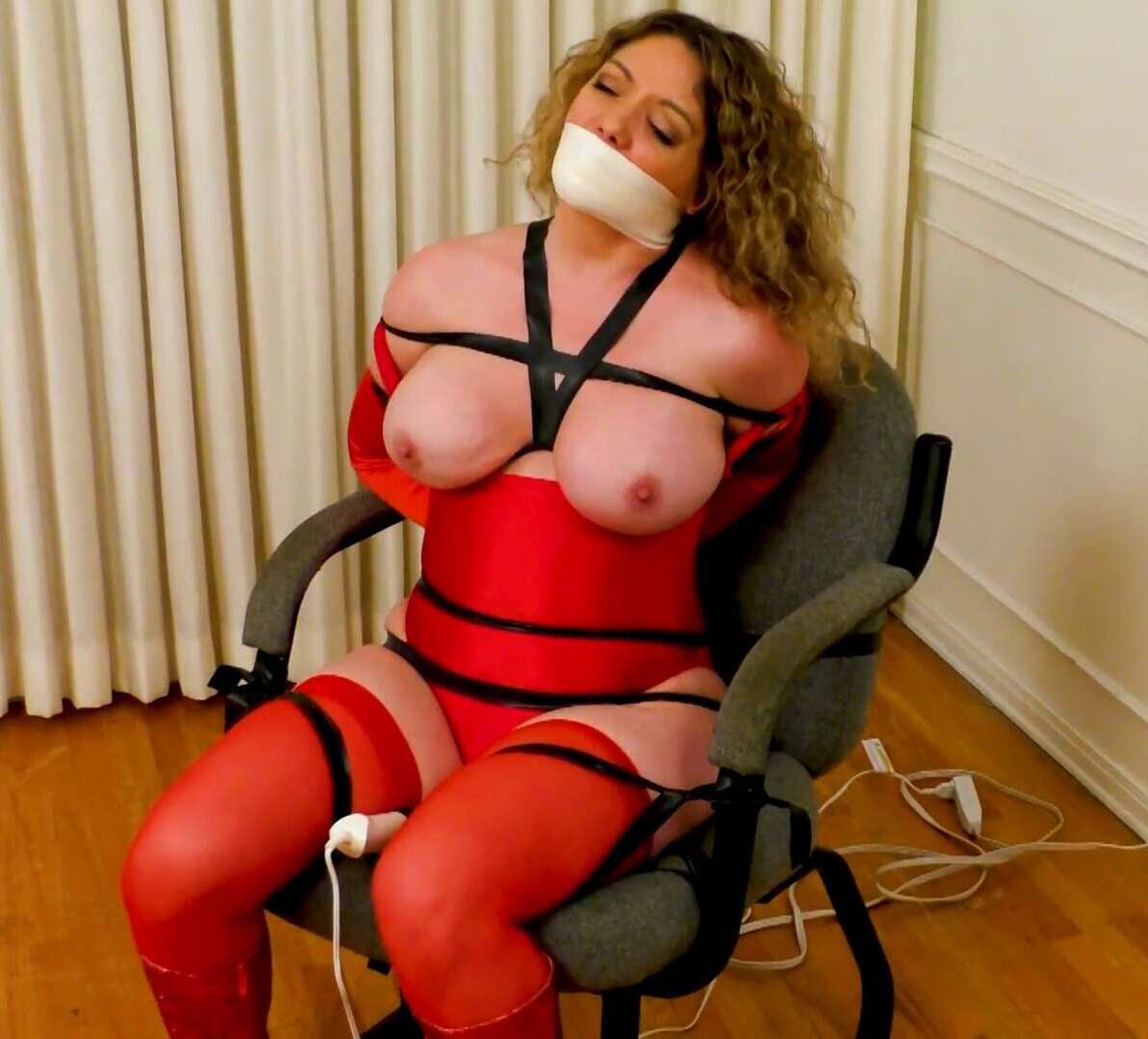 Struggling actress Kiki D’Aire continues with another chapter of her unexpected career as the frequently imperiled “Damsel Of The Week” in various TV shows and low-budget movies. In this segment, our busty thespian is thrilled to announce that she’s finally landed the title role in a movie. Unfortunately for her, she spends the majority of the story bound and gagged, which is not too surprising since the title of the feature is “Captive Starlet.”

As the scene opens, Kiki is tied hands-over-head and she defiantly tells her tormentors that they’ve made a big mistake since she’s a very important person… as he’s tying her up (shown on-screen). The villains can only tolerate so much of that attitude, and they tapegag their luscious hostage. Ms. D’Aire is then left to struggle, and it’s not long before the bad guys decide to expose her voluminous breasts. Will Kiki’s big break have a happy ending?

Struggling actress Kiki D’Aire continues with yet another chapter of her ongoing career as the frequently imperiled “Damsel Of The Week” in assorted TV shows and low-budget movies. The busty babe has been cast as the leading damsel in the Z-grade science fiction thriller “Invasion Of The Tricotians.” Our buxom protagonist is in bed when she’s suddenly swarmed by the annoyingly cheerful extraterrestrials. 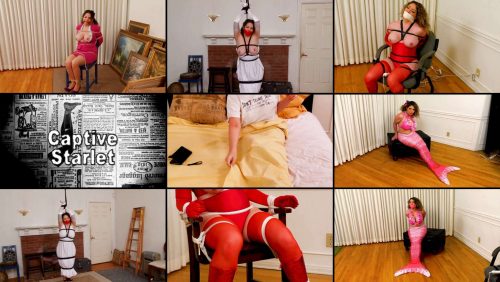