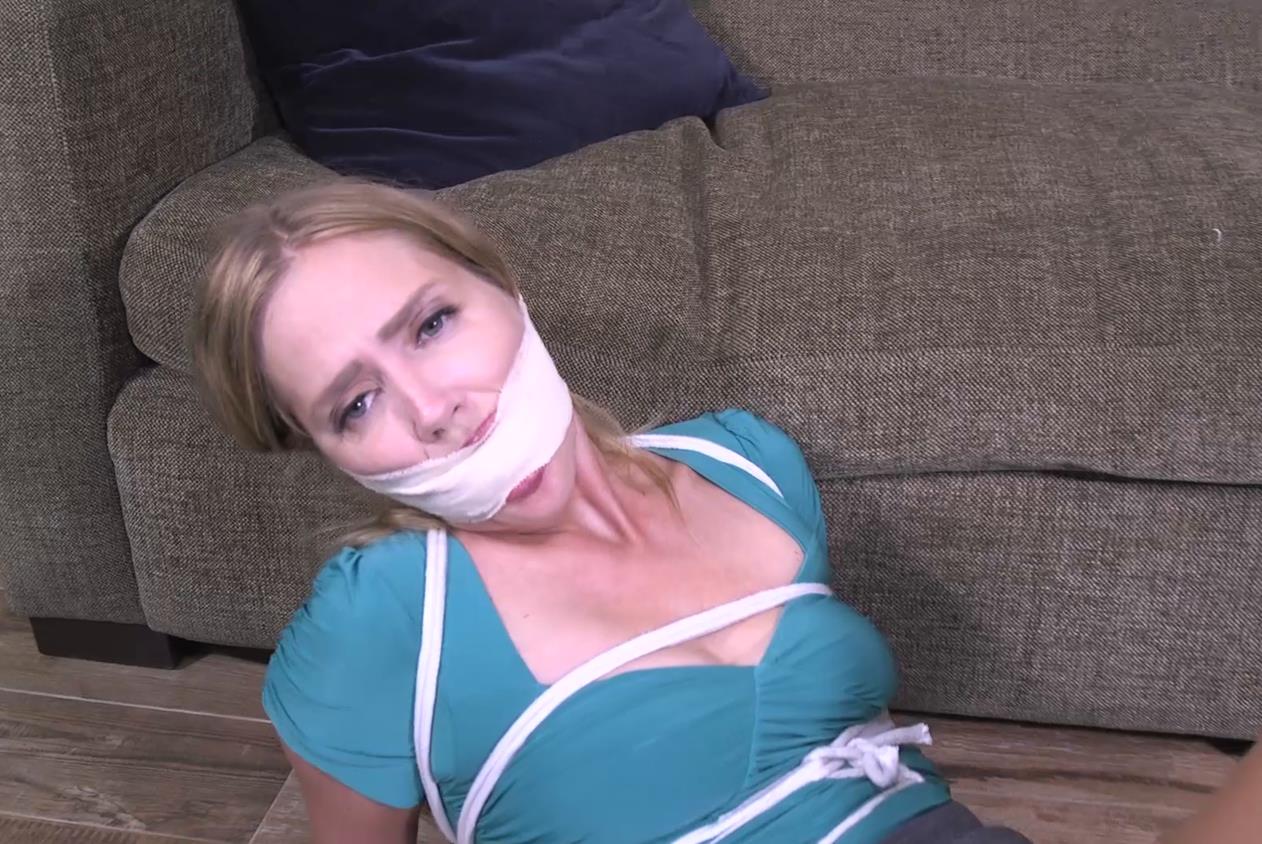 Star is baby sitting and has agreed to play a game where she gets tied up. But only if he promises to untie her after only a few minutes. But an hour later, she finds herself still tied up and gagged. So, Star works her way over to her cell phone. Because the knotted rag tied in her mouth is so stretchy, she is able to get it out and talk. She calls the guys step-mother to get help. But all she gets is a voice mail.

Sometime later, the guy who tied her up returns to find the gag out and Star at her cell phone. After he takes the phone away, he tries to make Star a deal where he will untie her. But only if she lets him see her boobs and her pussy. “No way!” Star tells him. So a short time later, her mouth is stuffed and taped to gag her again. Then she realizes that she should have accepted the deal she was given. because a short time later, she is hogtied and crotch roped with her boobs out and her pantyhose pulled down. 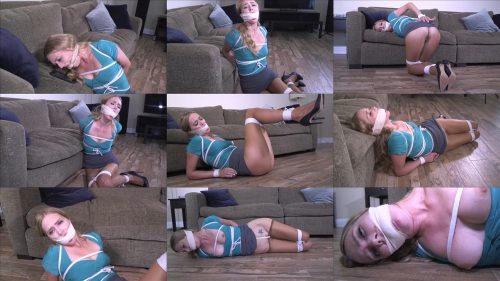