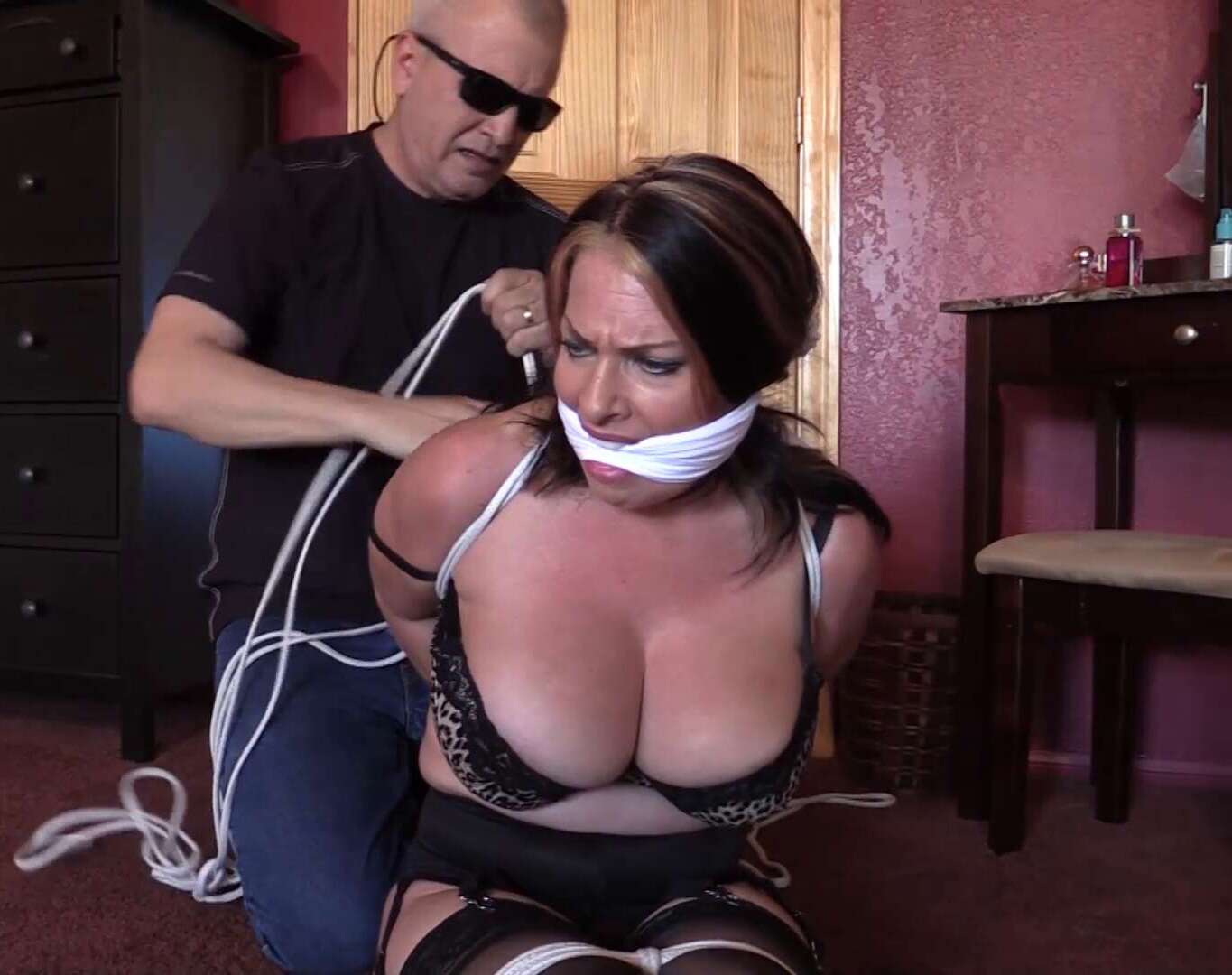 Goldie has been hiding out of town, trying to get away from some bad people. Today some guy saying he is a plumber shows up to fix a water leak problem she reported. But as she is not paying any attention, he sneaks up behind her, grabs her and renders her helpless. While she cannot resist, the man strips her down to her underwear and quickly ties up and gags Goldie. Later she comes to and finds herself bound and gagged.

The man returns and uses more rope to tie her more secure. He also re-gags her by stuffing her mouth and tying a rag tightly between her teeth. Before he leaves her again, the man pulls her bra down. Goldie hears the man call someone on the phone. It is at this time that she realizes she has been found and the man has come to take her back. Then a short time later, the man again returns. This time, it is time to go. he lifts Goldie up and puts her over his shoulder. Then with her bucking kicking and bouncing her big tits about, the man carries her away. 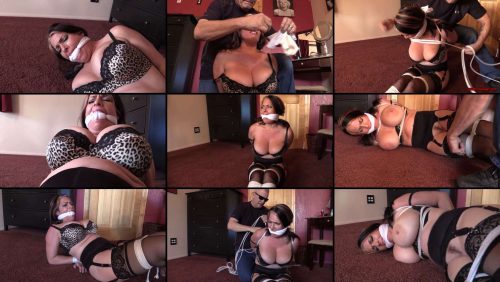