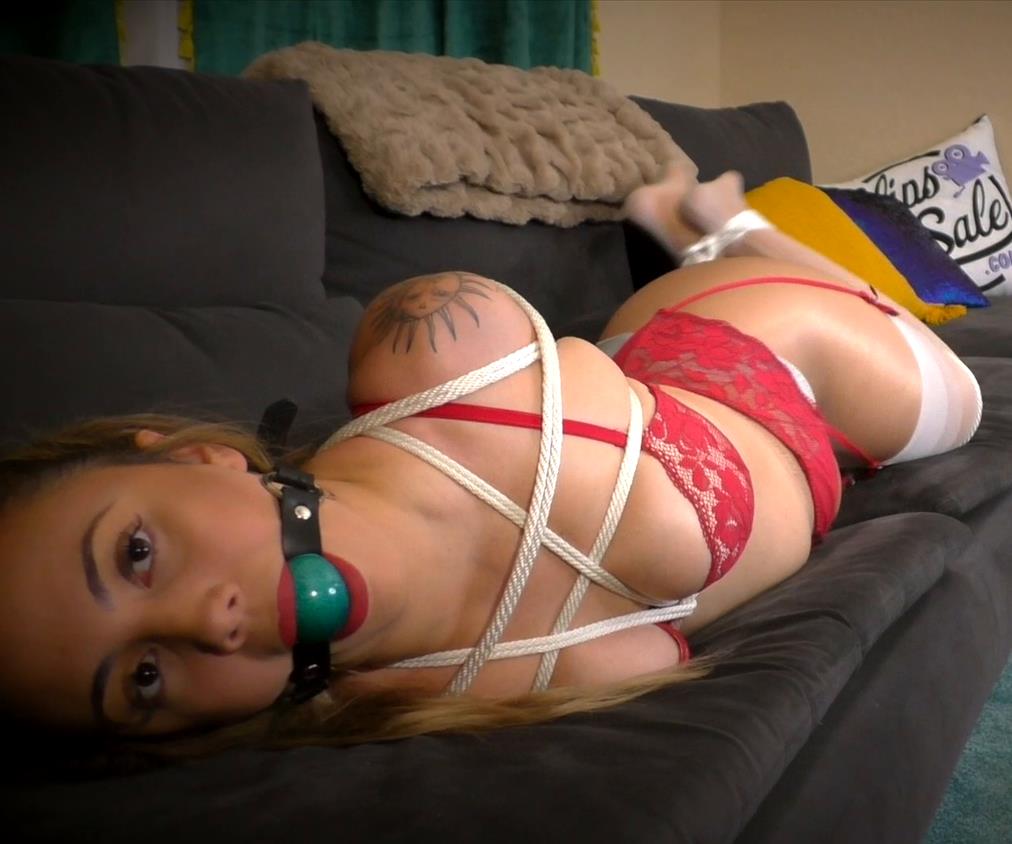 Nika leads the nerd (POV) into the principal’s office, and thanks him for picking the lock. She explains that’s “only step one in my plans to get straight A’s this year”. The nerd says something inaudible, to which Nika replies, “No, I don’t want you to hack his computer. Don’t be so dramatic, nerd. I have a much better idea. You’re going to help me blackmail him”.

Nika pulls some items out of the book bag: ropes, ball gag and cell phone. Nika goes on to explain, “All you have to do is tie me up on his couch over there, and then take some pictures of me with your camera. And I’ll use these pictures to blackmail him to get exactly what I want. Which is straight A’s, of course. Will you help me? Oh, you get to tie me up, so that’s what’s in it for you”.

Nika drops her jacket to reveal a sexy bra and panty set, shiny pantyhose, a satin thong and white full fashioned stockings. “Are you in?”, she asks. The POV nods her head and Nika sits down. She instructs the nerd to first tie her wrists. The POV ties them (off camera)and Nika remarks how tight it is, then instructs the nerd to tie her legs. The POV raises the camera phone to take a photo, but Nika stops her and tells the nerd that she forgot something. Nika is then gagged with the ball gag off camera.

Now that Nika is all tied up and ballgagged, the nerd takes her photos while she poses on the couch. Nika struggles and flexes her feet to make the photos believable, and when the nerd is finished, she takes the ballgag out of Nika’s mouth. “Whew! Are we done already? I was having fun… oh. You have a surprise for me? I love surprises! What? You invented your own perfume in chemistry class? God, you’re such a nerd. Fine. I’ll smell it. How can I say no being all tied up like this?”. 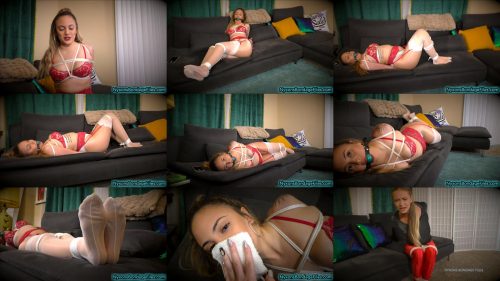