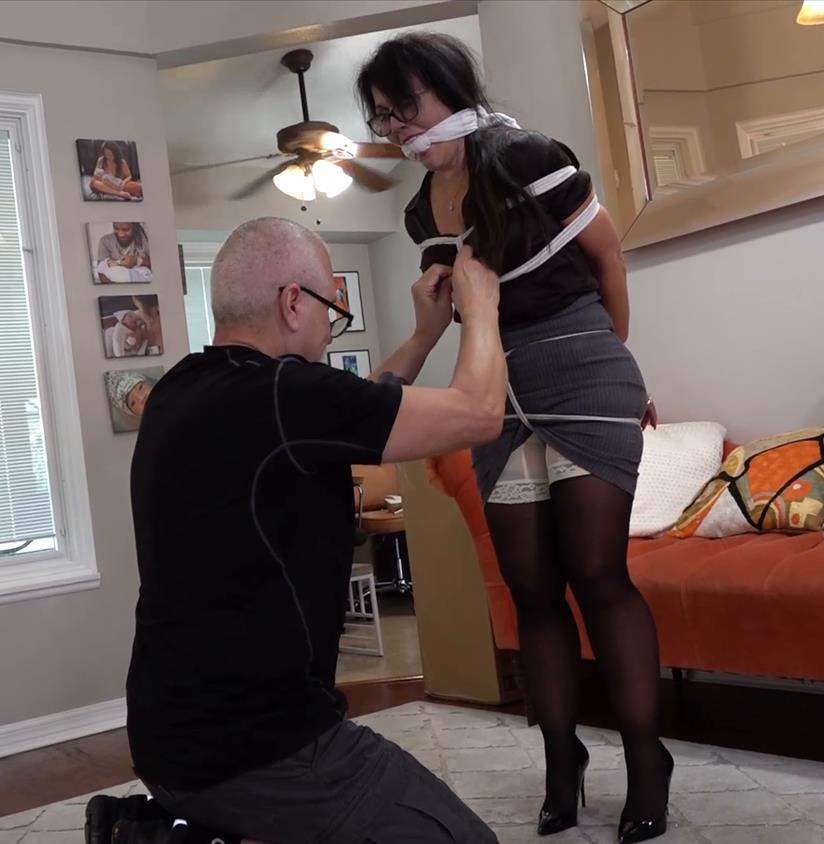 Gigi was the president of the Home Owners Association in her community who thought it was her duty to get into everybody’s business. Lately, she noticed you and pretty girls going in and out of a man’s home. She thought this was suspicious and went there to investigate. But, instead of asking nicely, Gigi rudely demanded to know what was going on.

When the man refused to talk to her about this, she threatened to report him to the authorities. “You tell me what is going here right now!” She continued to demand. But instead of telling her, the man decided to show her. The man was a producer of bondage video and the girls visiting were hired models.

So to show her what she wanted to know, the man grabbed Gigi and tied her up very tight with lots of rope. He also gagged her to shut her loud mouth up. Gig was humiliated as she struggled to get loose. The man then called Gigi’s husband and told him to over to get his wife. But, before hobbling her over to the front door, the man covered Gigi’s head and face with a large pair of black lace panties. 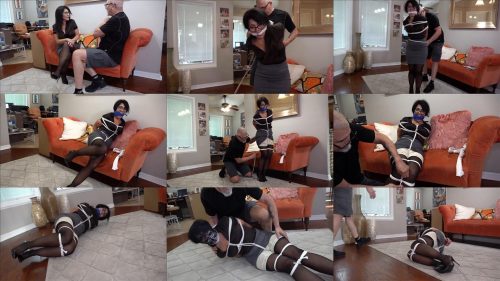