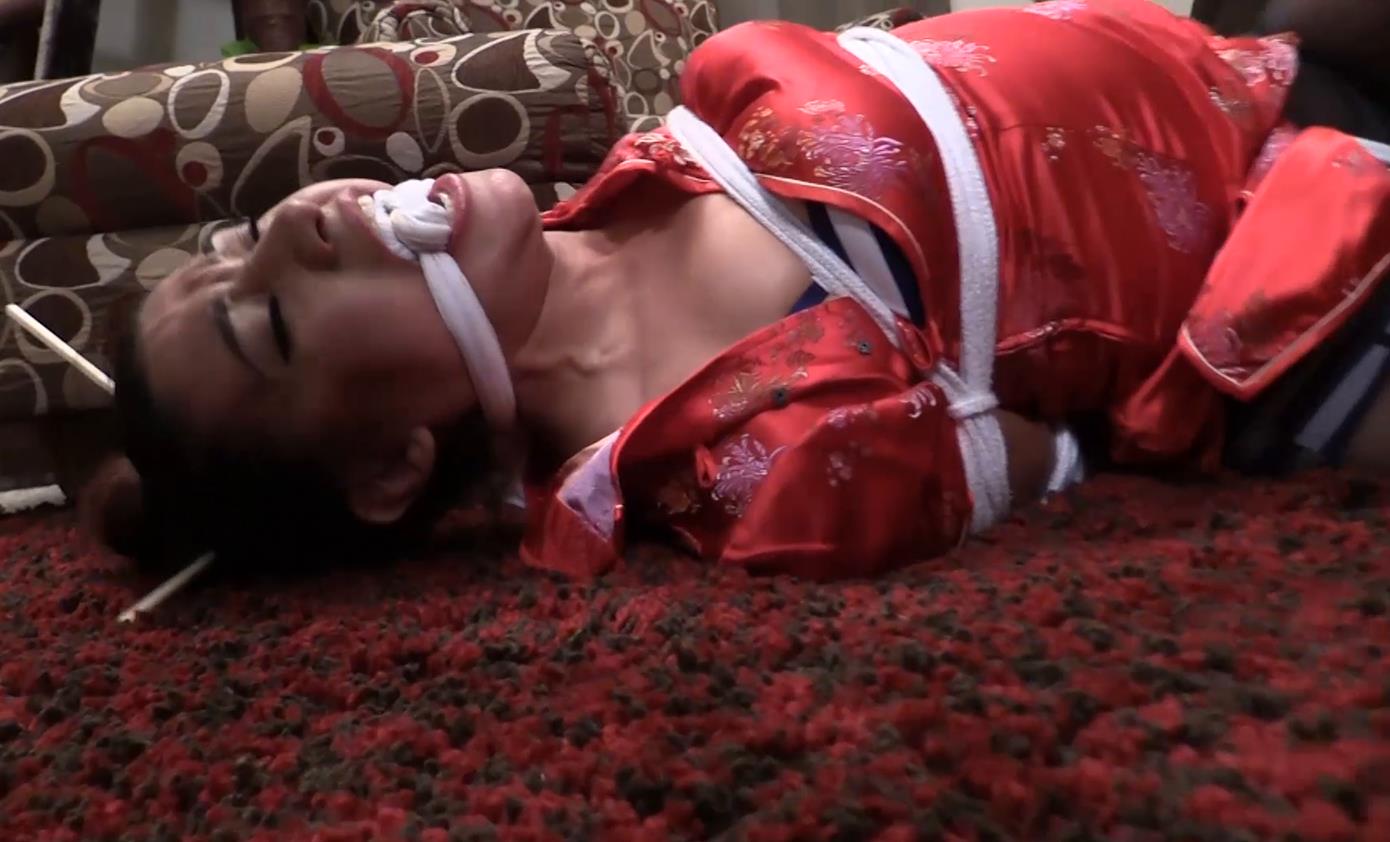 He came to this massage parlor hoping for more than a massage. When he told Sahrye, the receptionist that he actually wanted her to perform the massage, she told him that she was not available for what he wanted. The man explained that he really didn’t need a massage, but instead a good time with her, Sahrye told him to leave or she would call in security.

Not wanting this to happen, the man grabbed Sahrye and started to tie her up. Once the man had her secured, Sahrye tried to cry iut for help. So the man stuffed her mouth and tied a rag between her teeth to gag Sahrye. After leaving her to struggle bound and gagged for some time, the man returned and using more rope, he tied her more secure.

When Sahrye was able to spit the wad of panties out of her mouth, the man re stuffed her mouth and then tied a knotted rag in her mouth. This time much tighter. Now choking on the panties, Sahrye could hardly make a sound as the man tied a piece of rope very tightly up her crotch. He used this same piece of rope to hogtie Sahrye and now she could hardly move at all. 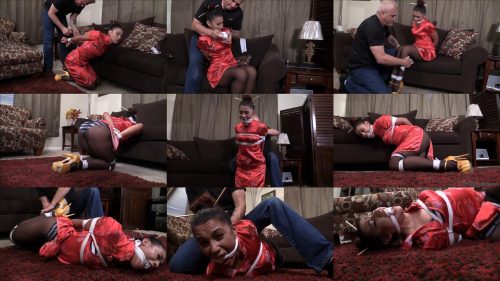