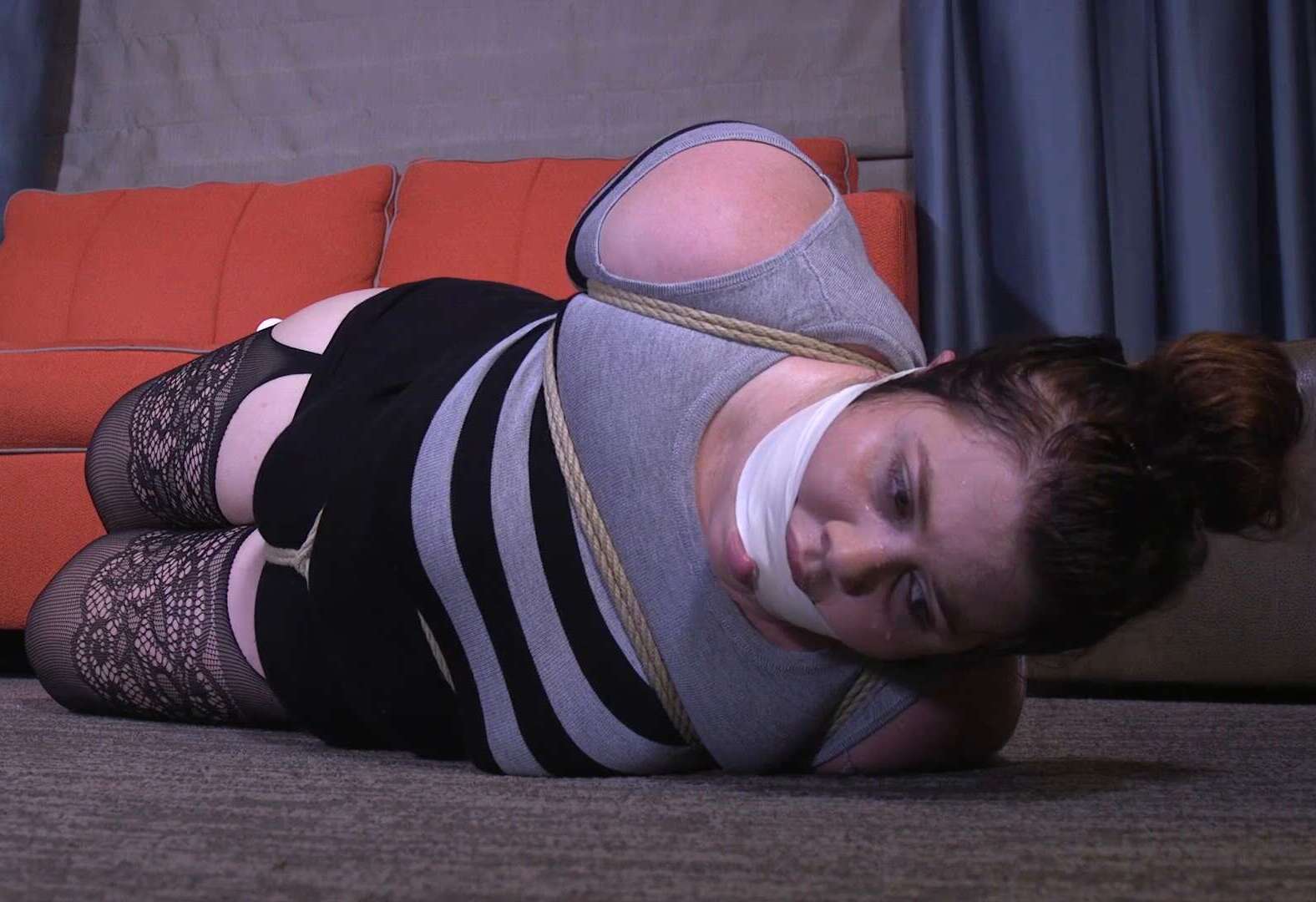 Christy’s husband was very boring and hardly paid attention to her anymore. But one of his co-workers was a very interesting man to Chrisy. On a weekend company trip, Christy worked it out so this man had a room next door to hers. She went down to the bar and stayed there long enough until she built up enough courage. Then she used a key that had secretly made for his room and went inside. She was hoping that he was resting in his bed. Naked or almost naked preferably. But she found him resting in his clothes on the room sofa. She woke the man up. He was startled to see her in his room. Christy told him that she wanted him to play with her. He was very reluctant since her husband was resting in the room next door. Then, Christy threw herself over his lap. “I have been a bad girl, you need to spank me!” When, he reluctantly did, Christy demanded to be spanked harder. When she was satisfied, she got up and told him that now she wanted him to tie her up and have his way with her. The man had no choice, Christy was very persistent. Soon, he had her tied up with rope that she had brought along. Then, at her insistence, he gagged her. He hogtied her and let her struggle around for some time. After Christy got herself all worked up, she had the man untie her legs so she could climb on top of him. Soon Christy was moaning loud as she bounced up and down on the man. She thought to herself, “Its a good thing I am gagged. Because when I cum, I am going to scream loud!” 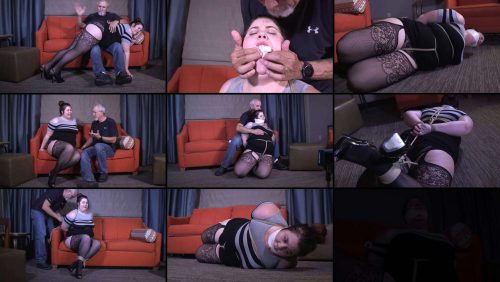