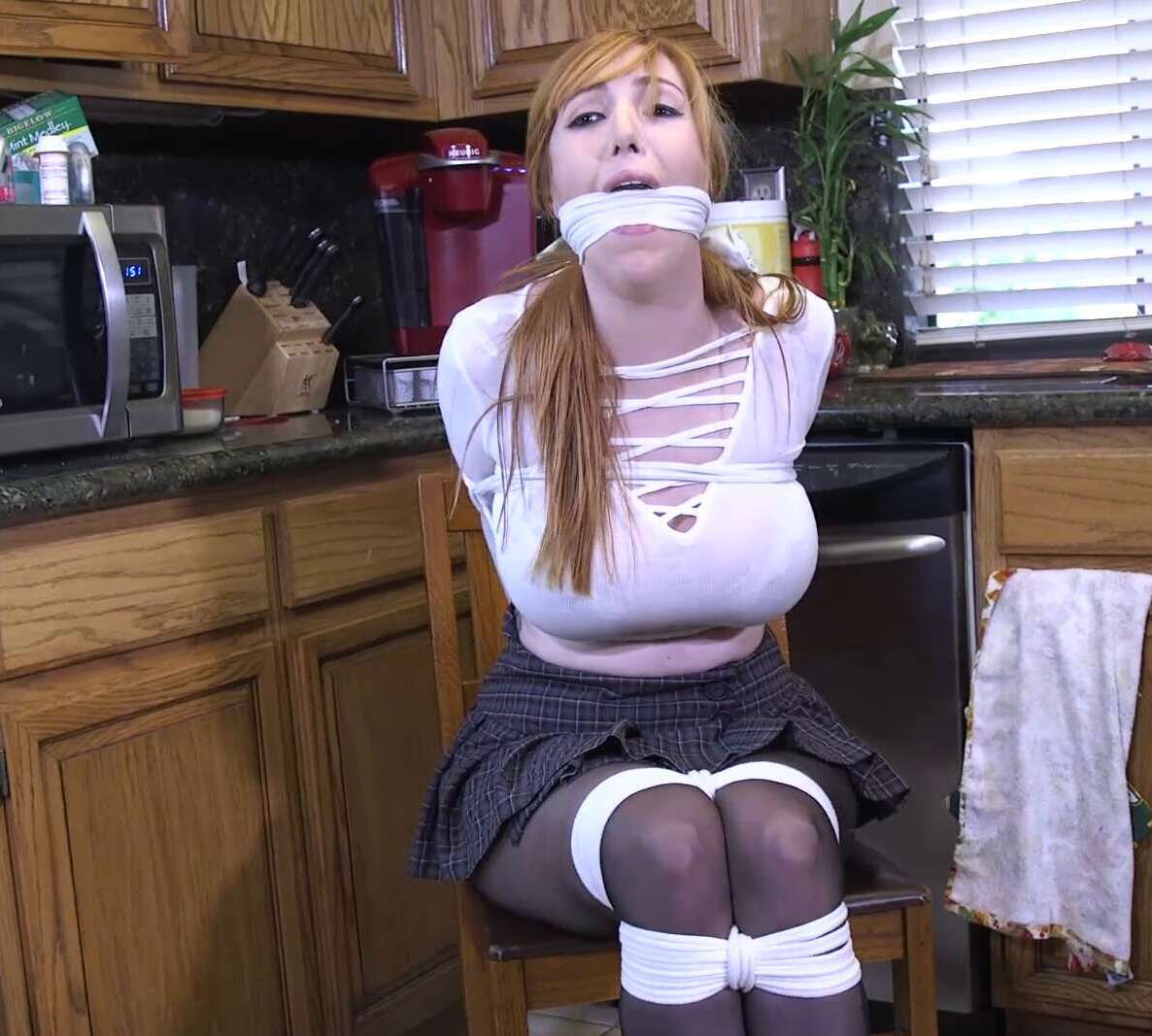 Knowing her new neighbor was up to no good, Lauren went over there to snoop around. Sure enough, she was right, he was involved in criminal activity. Unfortunately, the man caught her and now Lauren finds herself tied up and gagged in his kitchen. After leaving her to struggle for a while, the man returns to the kitchen and starts looking out the window. Lauren tries to plead with him. She wants to assure him that she is OK with what she caught him doing. In fact, she wants to tell him that she is into guys like him. But with her mouth stuffed and gagged tight, the man has no idea what she is saying. But he does notice outside, that her step-mother is going door to door looking for her missing step-daughter. So the man realizes that he needs to secure his captive a little better. Using more rope, he ties her tighter and more secure. He also gags her better by shoving a large pair of panties in her mouth and tying a thicker rag between her teeth. Some time later, there is a knock at the man’s door. It is Lauren’s step-mother looking for her. With Lauren whimpering in the background, the man tells step-mom that he has not seen her step-daughter and she leaves. The man then returns to Lauren to tell her that he will taking her with him. This scares her, but then Lauren has this naughtiness about her and she hopes this will give her a chance to show the man that she can trust him. That plus the fact that she is very turned on by the situation, gets her a little excited. Later the man hogties her, pulls her big tits out of her bra and also pulls her pantyhose and panties down. Lauren is very frustrated now and she squeals through the gag. She knows that eventually, the man will let her talk and this when she will assure him that she can be trusted. She will even offer to let the man have his way with her to show him she is his kind of girl. 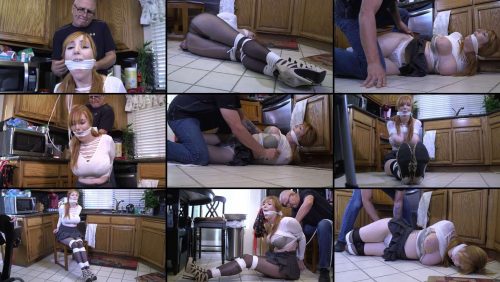