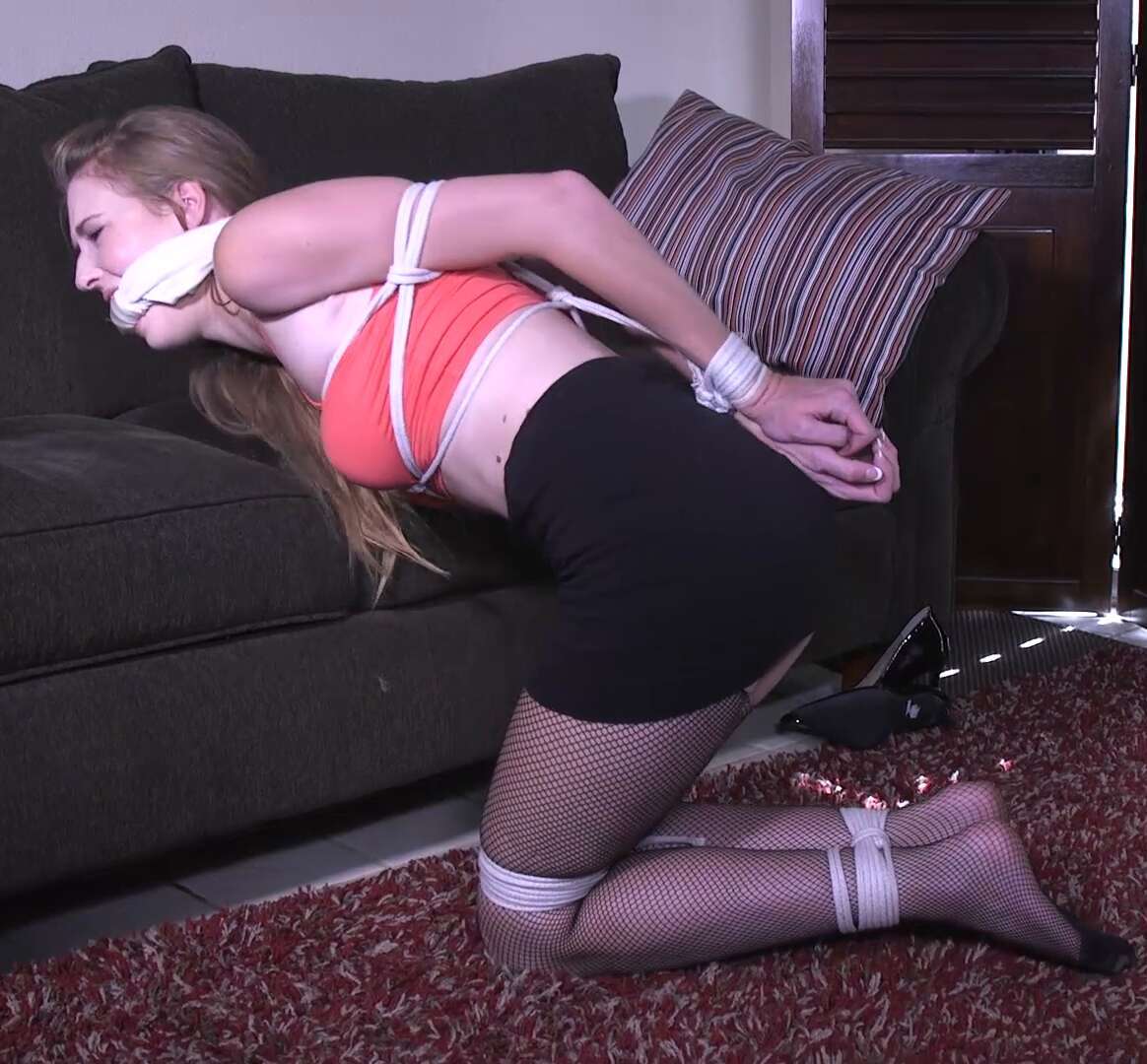 Ashley wanted to play and wanted to try something different. But his idea of different and her idea were completely different. So Ashley was very surprised when she found herself tied up while dressed in some slutty clothes. Tired of hearing her complaints, the guy tied a gag in her mouth and left her to struggle. But later, he came back because he felt the gag wasn’t keeping her quiet enough. When he removed the gag, Ashley told him to untie so they could play something else. “Like what?” he asked. I don’t know, maybe play with my pussy!” she replied. The guy admitted that he would like to do that. But first he wanted to continue with the game they were playing now. He stuffed panties in her mouth and then taped her up to gag her again. Then the man hogtied Ashley and added a tight crotch rope between her legs. Later, he pulled her tits out of her top and left her to struggle again. But now crotch roped, Ashley started to find this game wasn’t so bad after all as she started to get very aroused. Soon she felt her first orgasm coming on. Ashley realized being tied up and gagged wasn’t such a bad game to play after all. Then when the guy told her he was ready to play with her pussy, she could not be happier. 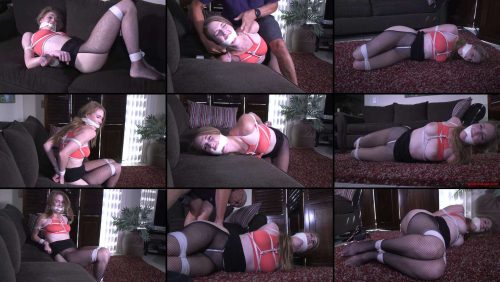