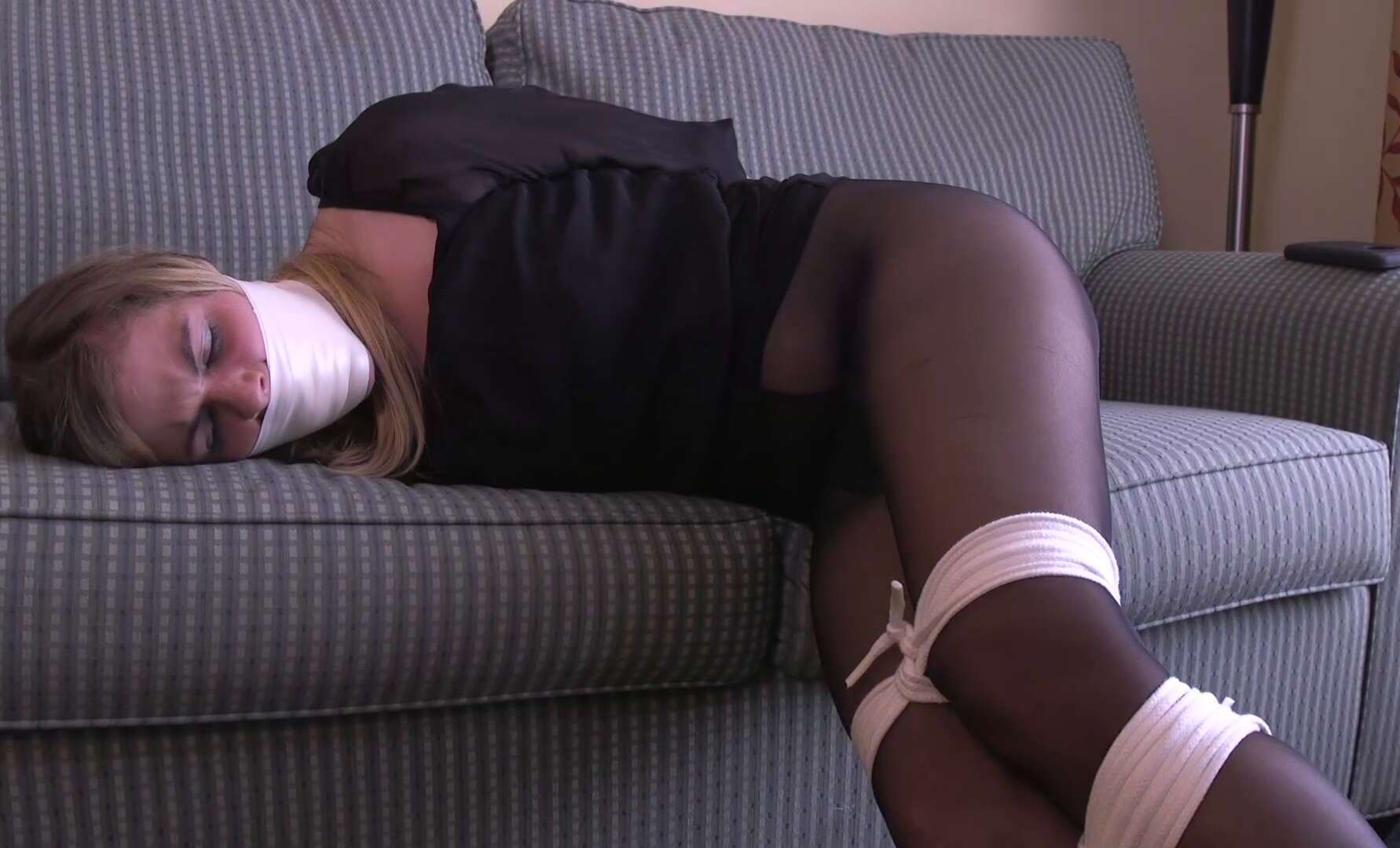 Kendra has run away from her Boyfriend. “Again”. She goes to a friends house and begs him to let her stay the night. But last time this happened, the boyfriend came to the location and found her there. this caused the man a whole lot of problems. So the man tells Kendra she cannot stay. But Kendra begs him and she is very desperate. So she tells him that she will do anything. The guys reminds her of a tie where she was baby sitting and he had to go help her out because the she was watching tied her up. “Yes I remember that” she tells him. When he tells her that she looked pretty hot tied up, Kendra asks him if he wants to tie her up. Of course he does and the thing she knows, Kendra finds herself tied up very tight. As she struggles, Kendra thinks to herself this isn’t so bad and she even starts to get a little turned on. but then the man stuffs and tapes her mouth to gag her and now Kendra isn’t so sure this is fun anymore. Then there is a phone call. The man answers and it is Kendra’s boyfriend, looking for her. Kendra gets very quiet and listens to the conversation. When she worries the man may tell her boyfriend that she is there, she again tries to beg the man. Even though she cannot talk, the man knows that her offer of he can do anything to her is still on. So he tell the boyfriend that she is not there. After he hangs up, the man uses more rope to tie Kendra more secure. he also starts to strip her down. First he pulls her blouse up expose her boobs. Then after a short while. the man pulls Kendra’s pantyhose down and guess what, she isn’t wearing any panties. At first Kendra tries to protest. But then the man reminds of her offer to let him do anything to her and now she knows what she is going to have to do a little later. Of course, that is if she really wants to stay. 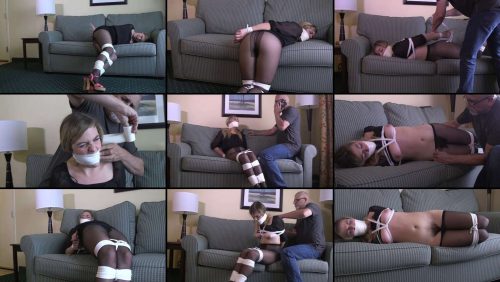 Female bondage - Nyxon and Kay Kendall - Tricked and Sold By Stepmom - Kay is tied with rope and a ...
Leather Bondage: leather harness,panel ball gag,handcuffs - Constance armbinder ordeal - Swimwearbo...
Rope Bondage with crotch rope - Hannah Perez is bound and gagged - I had to let the coach tie me up ...
Rope bondage - Catburglar claims a sexy victim - Chrissy Marie is bound and gagged - Female Bondage
Rope Bondage - Chrissy Marie struggles with the ropes gndbondage – Trying to hop away got me hogtie...
Rope Bondage - What have you got me into! He has me tied up and gagged! - Bondage M/F
Chrissy is helplessly bound and gagged! - Breathtaking - Bondage Predicament - Captive Chrissy Marie
Trip Six – Goth Girl is bound and spider gagged - Trip Six poses on the bed and waiting for tight c...