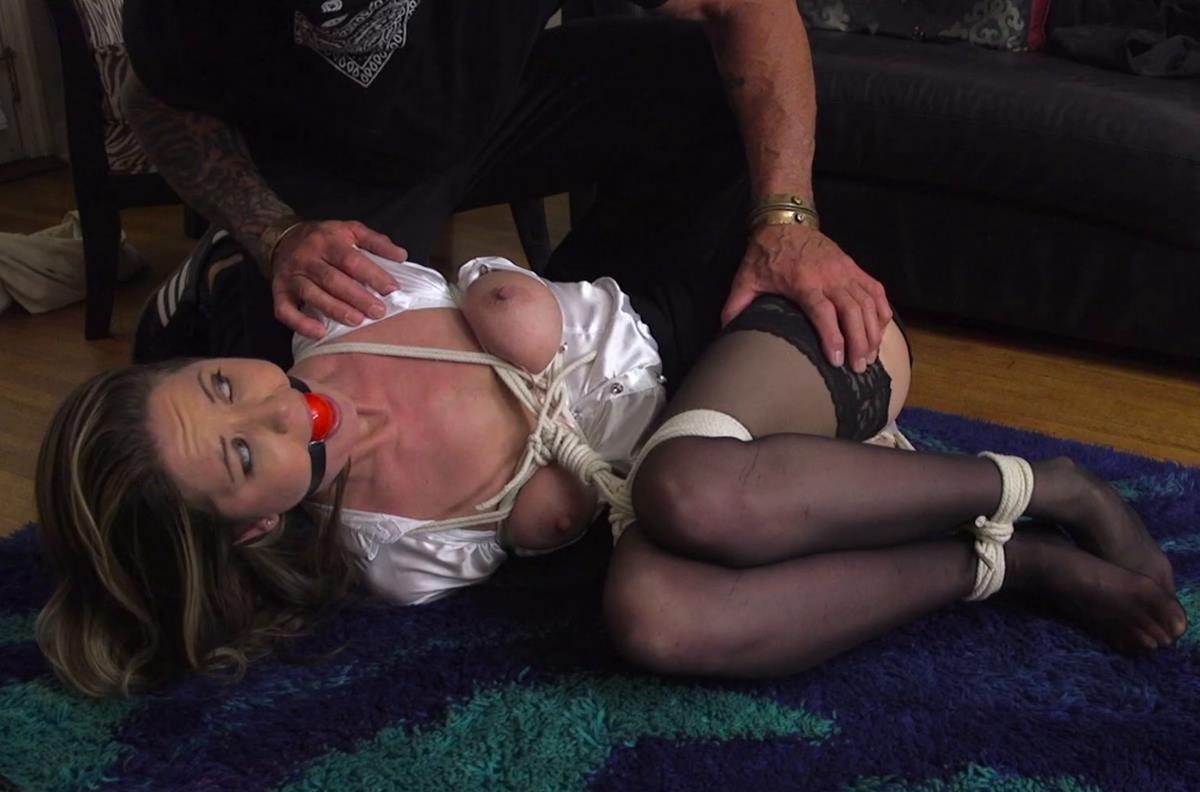 Chrissy arrives home from a long day at work ready to enjoy a relaxing evening only to discover the unexpected intruder in her house! As directed he proceeds to overpower her and threaten her into cooperating. Of course her attempts to reason with him don’t work due to the other woman saying that he should stop at nothing and it would all be part of her act!

The rigger begins trussing her up exactly as instructed in the letter from Eve, all the while Chrissy fearfully begs with him to stop and let her go! Once he completes the super tight ball tie he leaves to rob her and Chrissy gives it her all in a desperate struggle to escape.

But it’s all in vain she can hardly move at all in the ridiculously tight ropes! Later he returns and unbuttons her blouse to expose her breasts then tell her he will alert the cops after he crosses the state line. Chrissy frantically tries to plead with him one last time but to no avail.

She is left helplessly struggling in her humiliating predicament, so stringently bound and ballgagged with her breasts fully exposed! Hopefully he gives the cops the correct address so that they will come rescue her soon! 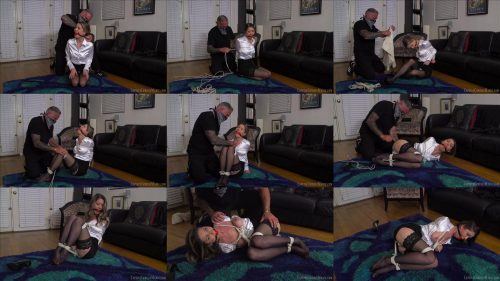 Rope bondage - Busty blond Summer Monroe roughly tied up and gagged with panties - Tie a strict hogt...
Davina Darling is hogtied and crotch roped gndbondage – Curvy captive is bound and gagged in her fu...
Rope Bondage - Ayla Aysel - Banner T is Positioned, Bound, Head Harness Gagged - Strenuous Bondage
Face humiliation - Japanese PVC maid gets ted and rorced to wear panties on her head with a nose hoo...
Whitney Morgan is tied up with tight ropes - Tight bondage – You might need to muffle my screams! - ...
Rope bondage - Shinybound - Gypsy Bae is grabbed and ballgagged - School Girl is bound orgasms - Gyp...
Fayth On Fire – I’ll never Get Out Of This - Fayth is Cinched and Secured - Unusual position to esca...
Be bound tightly in leather and gagged - Trip Six To Tough to Cum - Leather Bondage - Be forced - Bo...