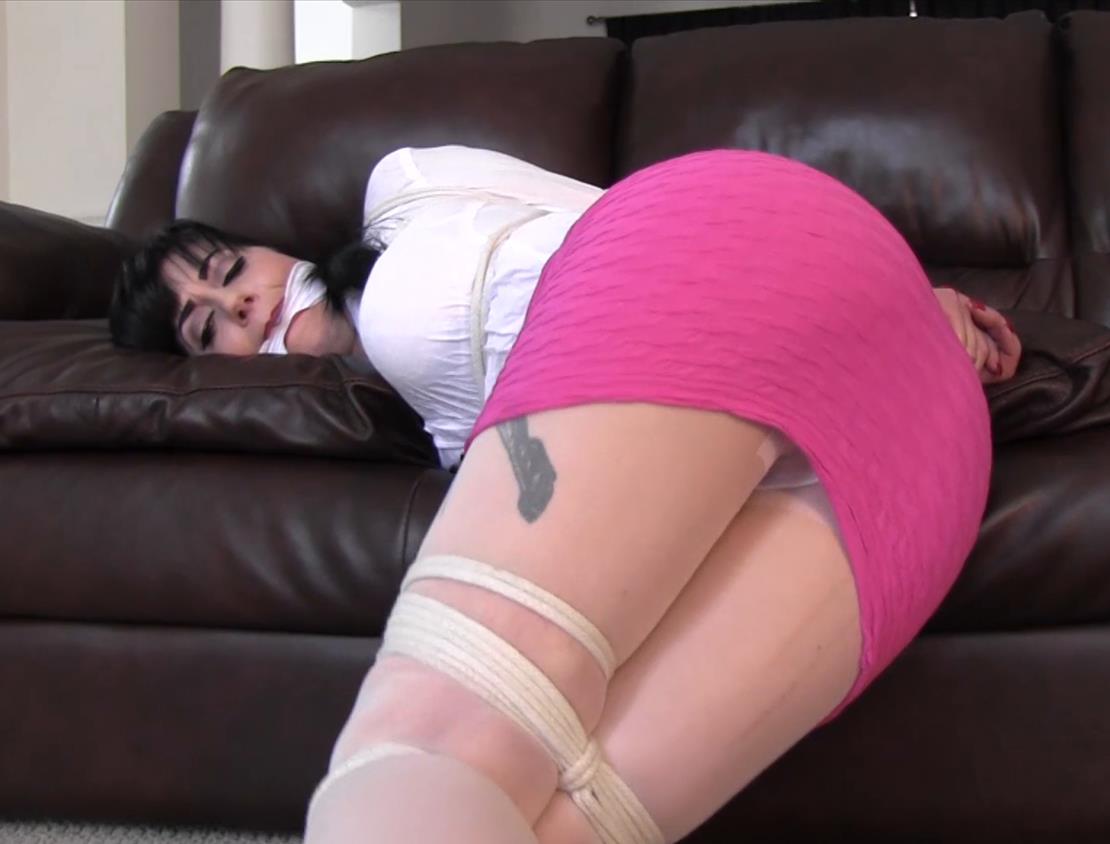 The video begins with Nyxon explaining that it is not a good idea for a woman home alone to open the door for a stranger. As only her face is showing, she goes on to say that she knows this, but today there was a knock at her door and she just wasn’t thinking. Slowly the camera backs away and you see she is all tied up with rope.

This is apparently because the knock at her door was in fact a stranger who is now in her house. Sure enough a man appears and tells Nyxon that her conversation is coming to an end. He stuffs her mouth with a pair of her panties and then ties a rag between her teeth gag her. Now bound and gagged, Nyxon is really sorry she opened the door.

Then the man uses more rope to tie her arms and elbows and now she is really helpless. And, things are only going to get worse as the man pulls her blouse open and her bra down. In the end, Nyxon finds herself alone again. But at least now, if a stranger knocks at her door, she cannot open for him. All she has to do is wait for her husband to come home and find her struggling bound and gagged with her big tits out. 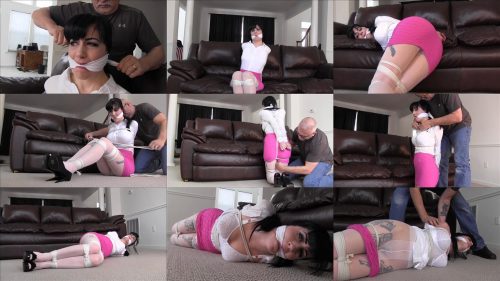