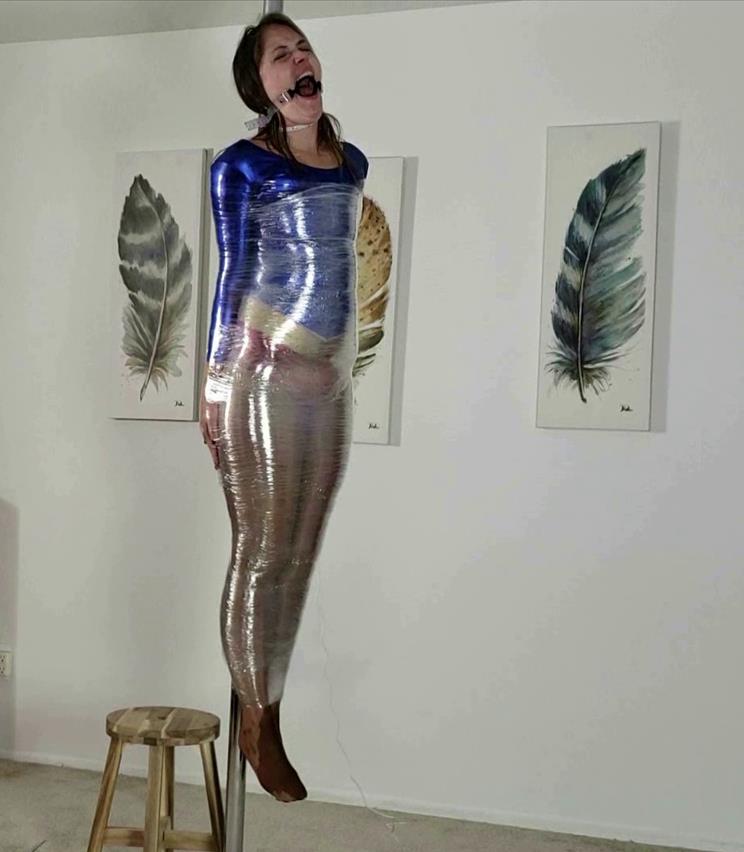 UltraGirl was hot on the trail of the nefarious Dr. DNA. As she materialized in the wilderness, she knew she was close, and as she wandered the countryside, she soon found what she had been looking for: his abandoned factory lair! Entering the building, she confronted the Dr., counting in the element of surprise to gain the upper hand, but the surprise was on UltraGirl!

Dr. DNA pressed a button on a hidden console and steel cuffs magically flew out of the darkness, affixing themselves to the unfortunate heroine! She quickly learns that the cuffs work using the magnetic field of the earth, so not only do they effectively immobilize her, they allow her captor to freeze her in any position he wishes using the control console!

She finds herself helplessly contorted into various humiliating positions, including bent over, ass up, hogtied, and spread-eagled face up before the evil Dr. DNA uses his console to force UltraGirl to beat herself up! As she is forced to throttle herself until she blacks out, she fears this will be her end! When she awakens, she finds herself mummified tightly to a pole, suspended off the ground, her power belt and boots gone!

A strange electrical band pulses around her forehead, and she squirms impotently as the mad doctor explains his plans: UltraGirl will hang there, drooling helplessly through her ring gag, as he collects her saliva to extract her DNA and learn the secret of her powers! The electrical band will periodically shock her, forcing her to drool even more heavily as she struggles to free herself!… 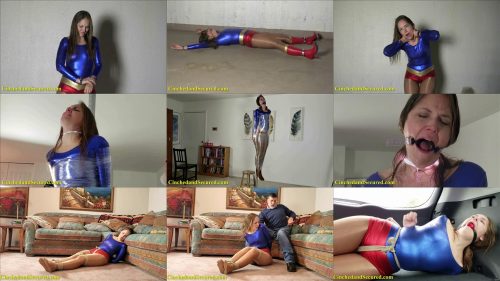